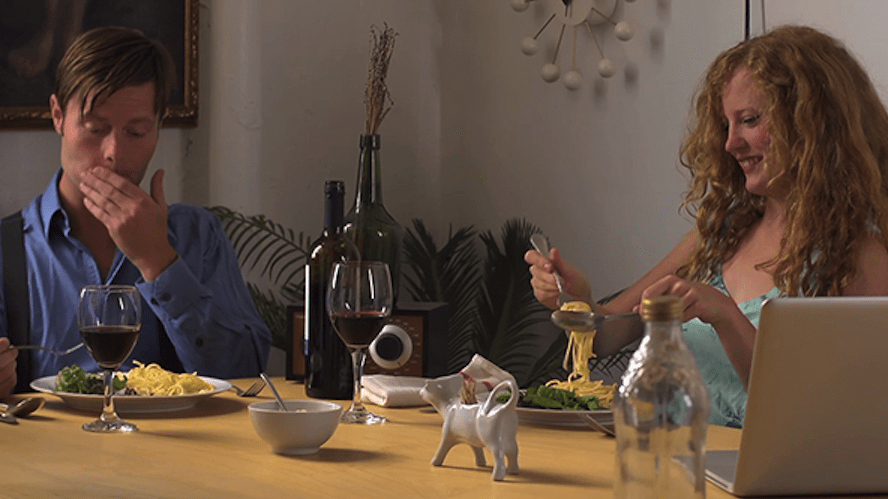 Starting today, Monday, November 9th (and through November 22nd) you can check out Gina Telaroli‘s Here’s to the Future and Kurt Walker‘s Hit 2 Pass for free over at LINK. There are links provided for each filmmaker where you can send a donation via PayPal with all proceeds going towards their upcoming film projects.

Kurt Walker’s latest is a romance about a romantic friendship starring Tyson Storozinski, shooting in East Vancouver on digital while the information on Gina Telaroli’s future production consists of a single snapshot of a page from a Sylvia Townsend Warner story, set to begin shooting in 2016 on digital and 16mm starring Madeleine James.

Head over to H2PHTTF.TUMBLR.COM to give them a look and don’t forget to support the filmmakers by donating what you can!

HERE’S TO THE FUTURE directed by Gina Telaroli

On a late-summer Sunday in 2011, a female director (Telaroli herself) gathers a team of filmmakers, writers, musicians, artists, critics, and friends in an apartment to a recreate a scene from Michael Curtiz’s Depression-era drama The Cabin in the Cotton. Over plates of pasta and glasses of red wine, a round robin of non-professional actors take turns performing the same scene, again and again, in different permutations. With a freedom influenced by pre-Code Hollywood, camera, phones, and laptops are scattered around the set at almost every possible angle, documenting the action – both in front of and behind the camera – as it unfolds, from rehearsals to equipment adjustments to the banter between takes. An intimate, playful, and spontaneous look into the collaborative cinematic process emerges, a snapshot of the filmmaker’s perennial struggle to capture fleeting moments before the day (and light) slip away.

Two circles move in not-quite unison; a camera tracks a car which, later, tracks a track, all forced contact and slow speed, velocity crying out for inertia like friendship, a time apart in the digital flow of perpetual motion to talk and listen and know, where history sits calmly and speaks slowly as a tangent-you have to pick precisely the right angle, as he picks precisely the right word, and stick with it, and, again, listen-to these online concentricities as it gradually reveals that what from one distance looked sturdy is, from in fact the same distance but different light, a mess in constant need of untangling (And so you see that Walter Benjamin’s Angel has no choice but to turn his back to the future.) and that in the face of this monumental facing up, literal project of lifetimes, there is absolutely nothing but love.