Paper Street Pictures has released the first official trailer and poster for Scare Package, a horror-comedy anthology consisting of seven segments, each with different directors tackling specific genre tropes, all of them wrapped around a video store setting. The poster also gives off an old school video store vibe (that  looks a bit House-ish, specifically). It all looks like a lot of fun.

Scare Package doesn’t have an official release date, but is scheduled to be delivered this summer.

Chad Buckley is a horror aficionado, and he’s lonely. Chad spends his days at his struggling genre video store arguing with his only regular customer, Sam. When an unsuspecting applicant shows up, Chad begins to teach him about the rules of horror and his video store at large, much to the chagrin of Sam. During Chad’s on-boarding process, we weave in and out of different hilarious horror shorts, each one geared at a different set of horror tropes. As this new applicant learns the ropes, he begins to suspect Chad of something sinister, but we quickly learn that he may have a secret of his own. 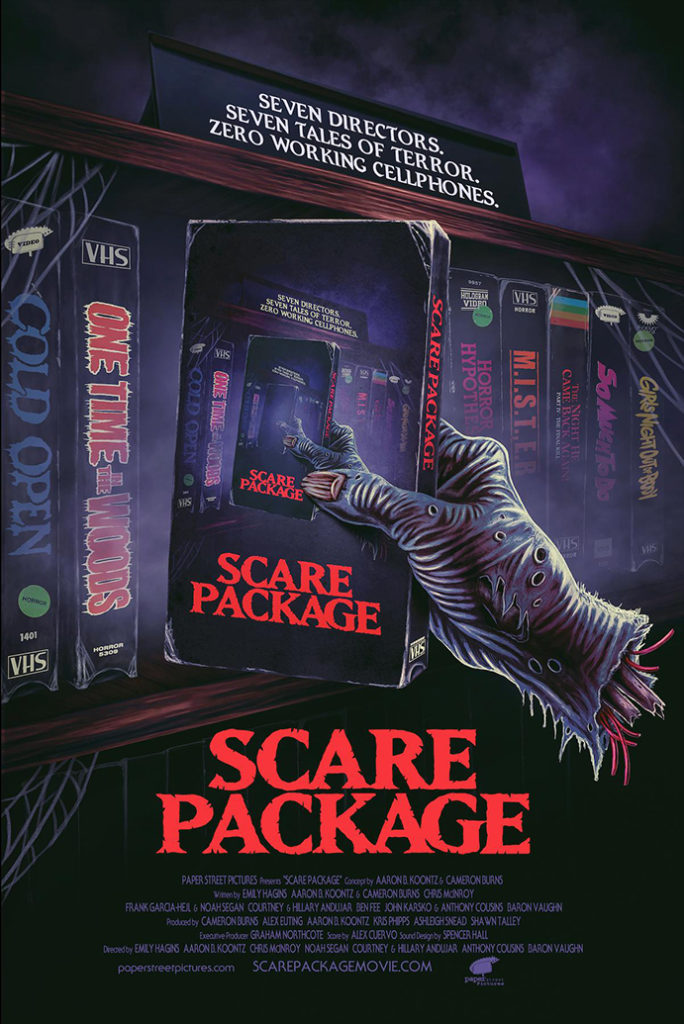