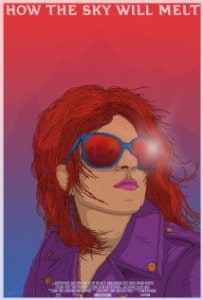 Three years in the making, Matthew Wade’s How the Sky Will Melt has the distinction of being an extremely rare piece of cinema for its time. A feature-length filmed on Super 8mm released into a cinematic landscape overcrowded with digital films upon digital films. Wade’s debut definitely possesses a hook intriguing enough (Super 8!) to a garner a certain amount of curiosity. Although, the question of, does the film and its narrative contain enough substance to warrant a feature-length? or, are we merely working with nothing more than an overdrawn novelty?

But Wade’s patience piece of cinema is no overdrawn novelty. While, there is a novel aspect to the project overall, that novelty is simultaneously an artifact as Wade and co. successfully construct a fresh, new experience that is recorded and presented using a dead format. How the Sky Will Melt does not stop there though. It also features a production design, along with a synth-heavy score, reminiscent of the eighties. The entirety of the film’s production seems to exist with the notion that time is fluid with any and all occurrences possible existing concurrently.

The beauty of all this – the melding of time – is that the narrative conceived and presented in How the Sky Will Melt mirrors these ideas. The cryptic plotline houses a number of characters and happenings existing in a murky haze, their presentation shrouded by a smoke screen cloaking the surety of their truths. Are they reality? Are they dreams or are they hallucinations spurred by a pervasively growing germ of paranoia? The chronological order of things is also barely discernible as the activities jump around, not only, time but settings as well. 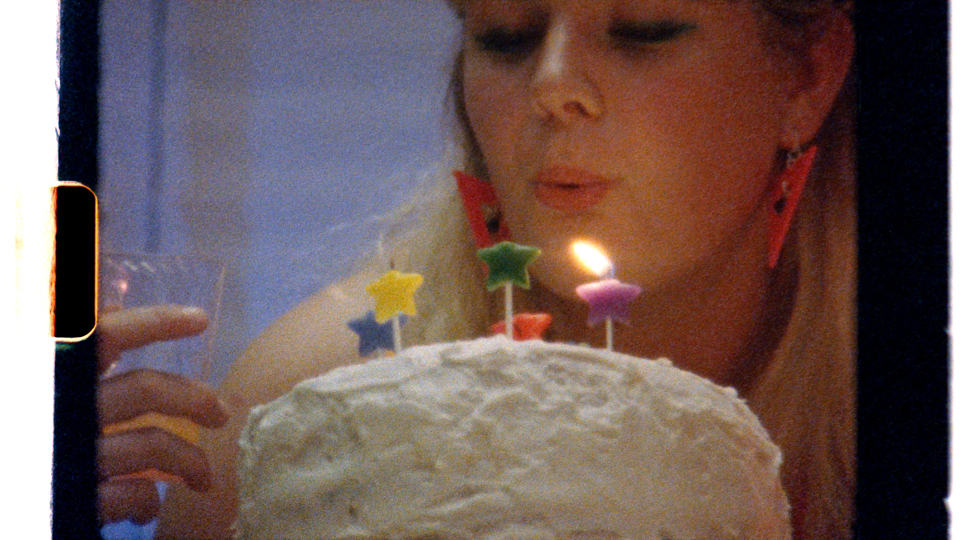 The look and feel of this nonchalant mindfuck is perfectly-realized within the Super 8 aesthetic, complemented wonderfully by Yong Jin Kim’s cinematography – a series of controlled movements slowly unveiling the next incomprehensible set-piece of imagery. Wade also supplies the film’s original score which provides the audial punctuation imbuing the proceedings with a vitality that could be mistaken as foreboding, or vice versa. While, lead actress Sara Lynch provides the finishing touches, including a producing credit, hair and make-up, costume design, as well as a solid performance in a role that has her shifting mental states and moods at quite the clip.

Everything remains enigmatic with an ominous air, simmering in mystery throughout the duration. Unhurried and measured, the film’s pace remains steady, a calm journey towards the center of a labyrinthine plot where beings fall from the sky and View-Master style projection shades distract you from the real world, or your dreams…or are they connecting you? Are the images and sounds emanating from the retro-futuristic viewing apparatus your reality or your future? Who knows? Strewn out are the puzzle pieces with Wade as the only one privy to whether all the pieces are present and the end product they create.

Fortunately, the narrative components of How the Sky Will Melt are ambiguous enough to allow the viewer an ample array of possible meanings and/or readings to the increasingly perplexing actions. Motifs centering on colors and consumption, that incorporate thematic strands of disconnect and alienation as nostalgia fails as a coping mechanism, constitute a bulk of the film’s ideas.

Make of it what you will.

You can purchase How the Sky Will Melt for $5 or pay what you want at howtheskywillmelt.com

The film’s first public screening will be held as a part of The Micro-Wave Cinema Series in Madison, WI.

How the Sky Will Melt (teaser) from Matthew Wade on Vimeo.