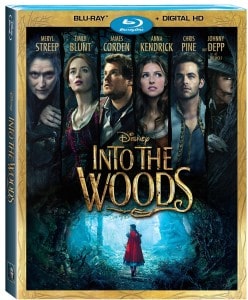 Director Rob Marshall, whose prior musical works include Chicago and Nine, brought writer James LaPine and songwriter Stephen Sondheim’s famed play “Into The Woods” to the big screen last year, and the film is now out on Blu-ray for purchase.

The intertwining stories of luminous characters like Cinderella, Rapunzel, Little Red Riding Hood and Jack (of the beanstalk variety) make up this epic fairy tale set to Sondheim’s songs against production designer Dennis Gassner’s magical backdrop. Film Pulse’s Blake Crane wrote a great review when the film initially hit theaters, which you can read here (http://filmpulse.net/woods-review/), so I won’t go too much into a critique of the film itself. For thoughts on the Blu-ray/Digital combo pack, read on.

Fans of Into The Woods who want to know more about how the movie was made or the strategic choices of the filmmakers will get a kick out of the several hours of bonus content. Extras include a finalized (although an ultimately cut) musical number by Streep that was pulled due to the difficultly of placing it within the narrative of the film; “She’ll Be Back” is sung by Streep’s character lamenting the loss of a loved one. 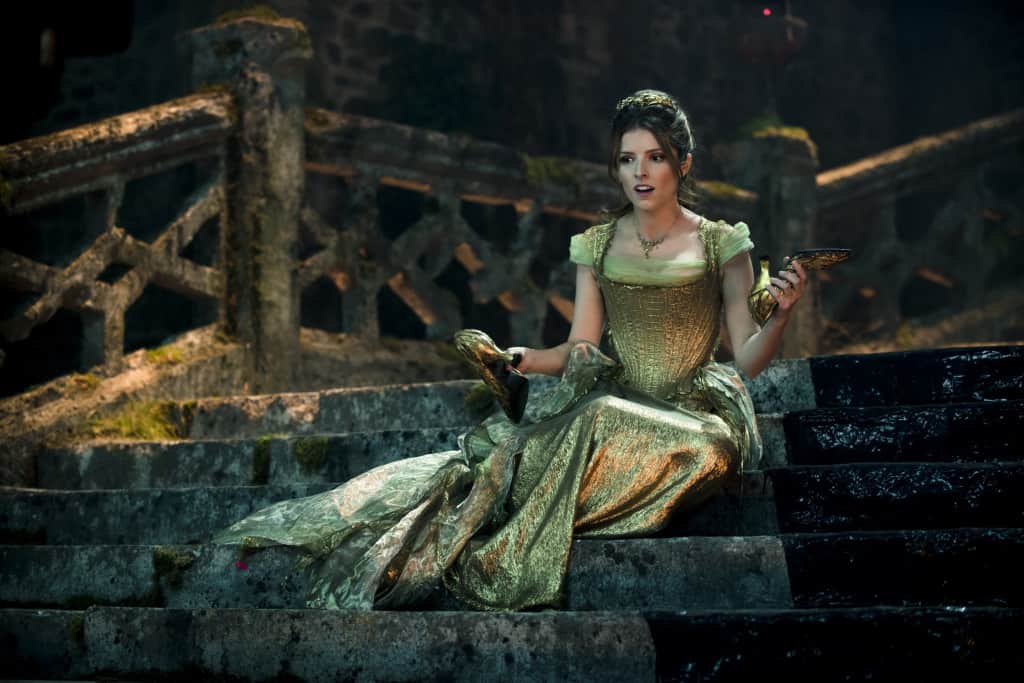 There are behind-the-scenes nuggets that show how the filmmakers created the sets, costumes and musical numbers, and you can even hear from the film’s Oscar nominees Meryl Streep, Colleen Atwood, Dennis Gassner and Anna Pinnock about their approach to making “Into the Woods” into a movie.

For fans of audio commentary, the filmmakers walk you through the entirety of the movie, offering insights that might otherwise gone unshared. And – perhaps in the vein of one of Disney’s other recent musicals, Frozen – there is also the option to watch the movie with lyrics provided when songs play. Enjoy.

This combo pack is chock-full of bonus features, and while they can get a bit repetitive, it’s still impressive and fairly comprehensive. Die-hard Sondheim fans will get a kick out of the extras, as will those who loved this movie. But if musicals aren’t your thing, I’d leave this one on the shelf. While it boasts a cast of very impressive actors – including the likes of Streep, Johnny Depp, Anna Kendrick, Emily Blunt, Chris Pine and James Corden – some characters still feel underdeveloped but the film still feels painfully long.