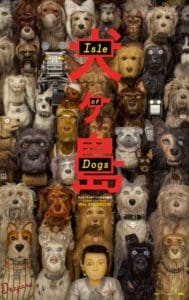 Isle of Dogs is a movie that leaves one with many more questions than answers. Why does Greta Gerwig’s 17-year-old, white, revolutionary exchange student animal rights activist have a crush on a 12-year-old boy she’s never met? Why is the highly aggressive, black-furred dog washed to reveal his white fur and a less aggressive tone? Why are the two female dogs (one of whom is actually called a bitch late in the film) just love- and baby-making objects for our heroes? Why can’t Wes Anderson write a compelling female character to save his life? Why is this movie set in Japan?

But seriously, the reason I’m going to be harsh on this film is that, given the amount of effort expended on a stop-motion animated feature, I expect everything to be thought through a little bit better.

The story is relatively simple. The mayor of fictional Japanese city orders all dogs to be moved to Trash Island, including his nephew’s guard dog. His nephew then flies a plane onto Trash Island to find his dog. The dogs of Trash Island help him on this quest, eventually finding that the mayor plans to exterminate all the dogs. Helping is a random 17-year-old exchange student from Ohio who leads the protests against the mayor’s actions.

All the Japanese characters speak Japanese, and all the dogs speak English. There are no subtitles for the Japanese characters, but there are frequently spoken translators. My question is how exactly this film is going to play in Japan? Are they going to dub all the English voices, including the translators, into Japanese? I don’t harp on the idea of cultural appropriation for its own sake, but this film feels like it’s using a misconstrued version of political correctness to cover for their blatant orientalist nonsense. 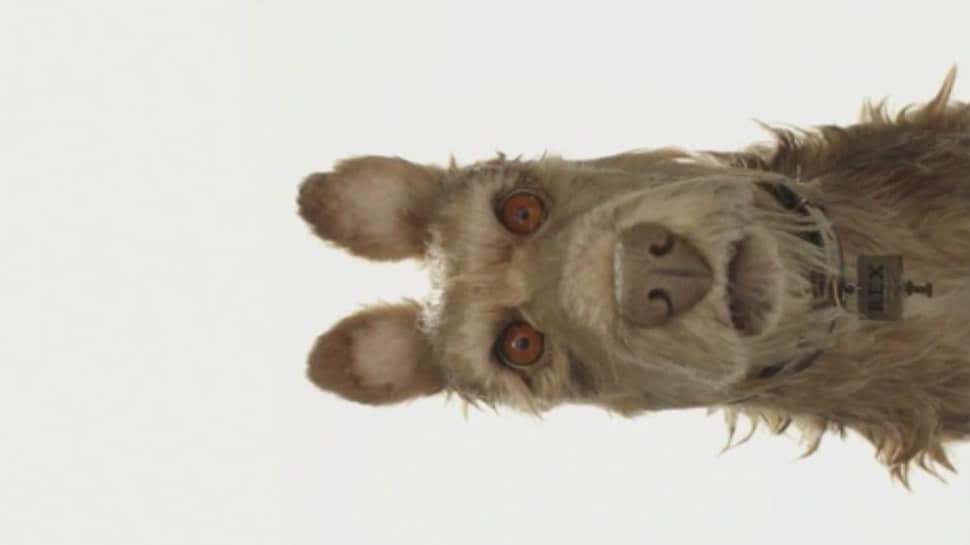 What makes this particularly disappointing is that this is the follow-up to Wes Anderson’s three most compelling films: Fantastic Mr. Fox, Moonrise Kingdom and The Grand Budapest Hotel. Each of these films has something Isle of Dogs lacks. It’s not funny enough, charming enough, or compelling enough to justify its other problems and, because of this pedigree (no pun intended), it’s hard not to compare it to Anderson’s previous outings.

Isle of Dogs has all the usual trappings of a Wes Anderson film. It has a bit of a wit, some dark undertones and a bleak, but nevertheless, happy ending. But somewhere along the way the heart that made Moonrise and Budapest so compelling got lost. I’m not mad, I’m just disappointed.