Dark Sky Films has released a new trailer and poster for the upcoming horror film The Dark, which involves an abused and blinded boy who forms a friendship with an undead ghoul while hiding out in the forest. As the title implies, this is a very dark movie thematically, but a rewarding one nonetheless. You can check out our review from Tribeca here.

The Dark is written and directed by Justin P. Lange and stars Nadia Alexander and Toby Nichols. It opens in theaters and on VOD platforms October 26th.

On the outskirts of a small town lies Devil’s Den, a mysterious tract of woods where many have entered but no one has ever left. The local rumor is that the spirit of a young girl who was horrifically murdered there haunts and hunts in this dense forest, brutally slaying anyone who dares to step into her terrain. When a man with a dark past crosses her path, a series of events are set in motion that may lead to a peculiar kind of redemption for two tragically tortured souls. 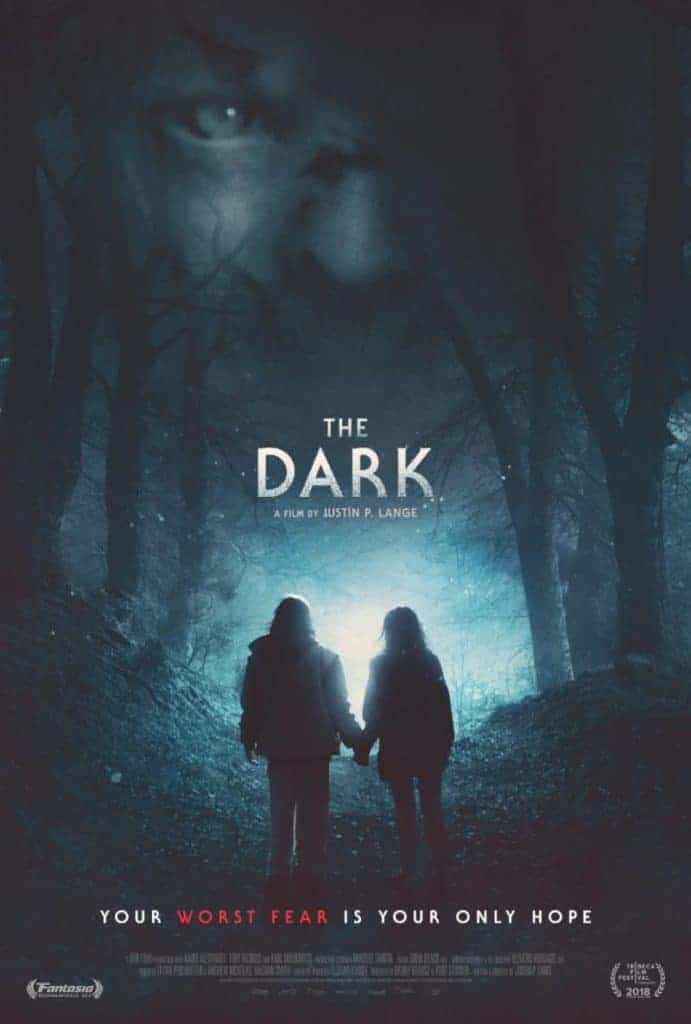