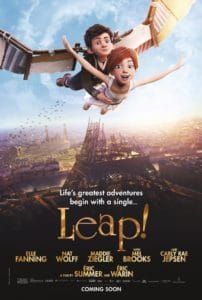 It’s tough not to measure new animation against the high-quality productions that are coming out of DreamWorks and Pixar these days. For me, seeing anything that’s not the precise motion capture and the down-to-the-hair-follicle detail found in these mega-budget monstrosities becomes reminiscent of weekday morning CGI children’s cartoons.

Leap!, which opens on Labor Day weekend here in the States, seemingly starts off as a story about two friends escaping from an orphanage to follow their dreams. The movie then promptly sends away one of them, Victor (Nat Wolff), to turns its focus primarily on Félicie, voiced by Elle Fanning. (I realized after seeing this movie that it was originally titled Ballerina, so this rather unexpected transition made a bit more sense.)

The score, a mix of orchestral interludes and ill-placed modern pop songs, seemed to suggest that the filmmakers couldn’t decide what kind of tone their film should have. And it only went downhill from there.

The voice performers were all excellent for the most part but didn’t have much to work with script wise; I couldn’t say whether this is due to bad writing or cultural/linguistic translations, but the version meant for American audiences was bewildering and bloated to say the least. 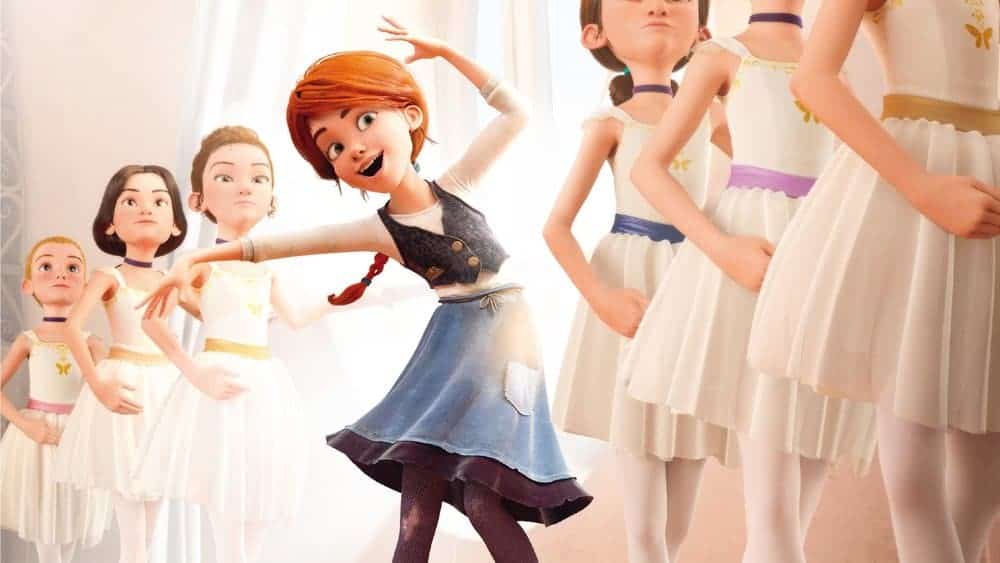 Many animated films and movies intended for children require their viewers to suspend disbelief, from everything to basic laws of physics to general storyline plausibility, in order to fully enjoy them. I usually have no issue with this, but for some reason, several aspects of Leap! kept gnawing at my adult mind.

There were the major historical inconsistencies like the Statue of Liberty being the color green during its assembly and also being in France, when it is supposed to be in the US (as the protagonist is auditioning for The Nutcracker ballet). Then there were just really irritating ones, such as an untrained adolescent walking into a high-level ballet class and then outperforming her classically trained peers in a matter of days.

There is a maddening and unnecessary plot thread wherein Félicie, who the official synopsis describes as 11 years old, decides to go on a date with a fellow ballet student, whom she admires, the night before a major audition. Going out with this handsome dancer, of course, causes her to mess up and lose the role.

There is a sexist implication here that girls can’t focus on work if there is emotional turmoil in their lives, which is a terrible message to send to young ladies, especially in a film that aims to also be telling them that they are capable of achieving their lofty dreams no matter what hand they are dealt in life. Further, this cherubic, innocent, sweet girl is going on date, at age 11, and actually ends up in the middle of a love triangle. It just felt icky.

Where the film excels, beyond the talents of its cast, is in its colorful sweeping landscapes and in some of its physical gags. There’s also a neat photographic re-telling of Victor’s first night in Paris, which is visually stunning and was an unexpectedly nice surprise. There are a few supporting cast members, including some endearing kids, who were quite refreshing, and singer Carly Rae Jepsen’s silky smooth pipes were absolute music to my ears. But sadly, this one just doesn’t get a recommendation from me.