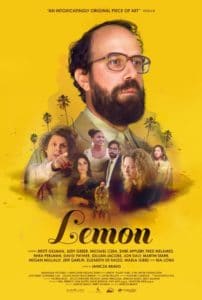 Janicza Bravo’s debut feature, Lemon, is a triptych of a mediocre man named Isaac (played by Brett Gelman), a stunted man with a deteriorating set of social skills who currently finds himself in a challenging stretch of his life brought on by his inability to think of anyone but himself.

The first third follows the immediate aftermath of his girlfriend, Ramona (Judy Greer), leaving him while he fawns over Alex’s (Michael Cera) absurd acting approaches (which include incorporating colors and animals). The second third illuminates how Isaac potentially came to be this way by spending ample time with his immediate family. While the third act finds Isaac trying to move forward, attempting to create a new life for himself.

Brett Gelman’s Isaac is a stiff, uncharismatic individual, one who speaks in monotone, delivering the types of social awkward bits of dialogue that only truly exist in films. As a character, Isaac is lethargic, choked with dullness, like the color beige personified in its attempts to be seen and regarded as the color taupe, with the only discernible attempts at comedy being the aforementioned awkwardness and the fact that he’ll occasionally sport some short shorts; both of these approaches are stretched thin, quickly undercutting any initial comedic value they might have had.

Not only is Lemon’s main character an unassuming man in a state of arrested development, but he is also a man-child filled with hate and a vindictiveness toward anyone experiencing even a modicum of success and/or happiness, amongst a host of other unbecoming personality traits.

All of these facets compiled make for one unlikeable protagonist, and while being likeable is not necessarily a prerequisite for an enjoyable film, mind you, Bravo and Gelman have not only eliminated the ability to empathize with him but they also remove any schadenfreude one could derive from his life by creating such a detestable individual. He is just an aggressively pathetic and hateful person with nothing even remotely interesting to say. 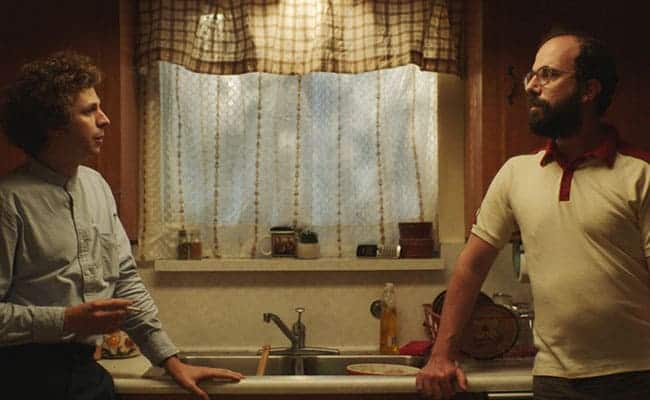 Not to say that men like this, of varying degrees of pathetic, do not exist, but the question that immediately jumps out is – do we really need films about them? If the answer is “yes” (or more a truthful, “sure, why not”), do we need this many? And, how many is too many?

When can we stop or, at the very least, begin to dial back production on these awkward comedies of stunted men? Because it seems, at least from where I sit, that audiences are subjected to the man-child narrative a half-dozen times (or more) a year and, worse yet, they all appear to travel the same narrative paths and comedic beats.

It’s not all negatives when it comes to Lemon; director Janicza Bravo, along with cinematographer Jason McCormick, display an artistic eye in terms of composing a visually interesting shot, as the staging of each frame is really the only redeeming quality in much of the scenes. The best example of this is during the Million Matzo Balls sing-a-long, staged as a lively tableau with an entire family singing and dancing with Isaac seated down front mouthing along sans emotion or feeling. It works well as visual gag while also driving home the emotional black hole Isaac is becoming. Bravo also, on several occasions, implements some creativity when it comes to showing the passage of time, visually livening up a handful of dour scenes. 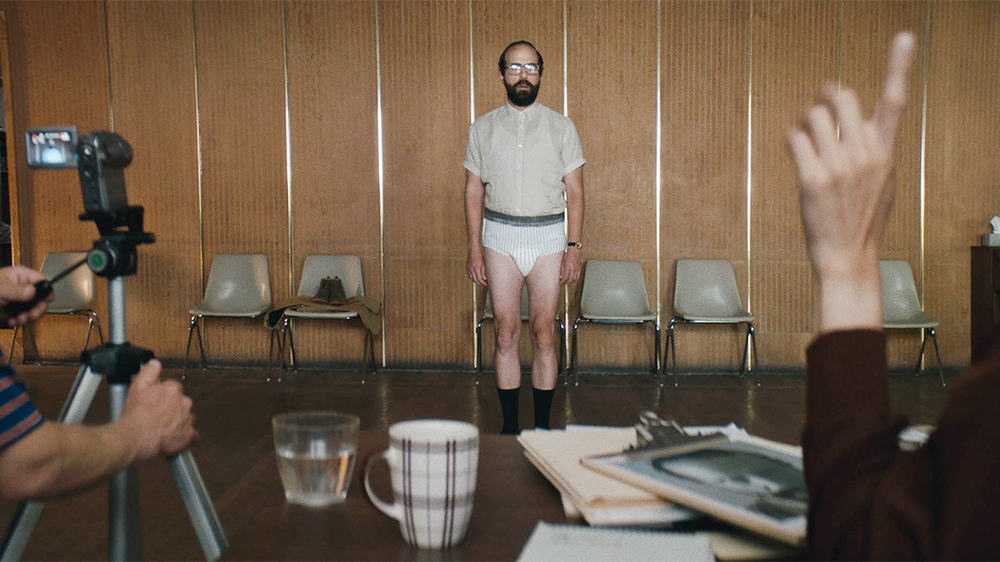 Perhaps Lemon is a test, a barometer for how empathetic and understanding a person can be, with Bravo loading the main character with an overabundance of repugnant personality traits and behavior to the point of almost daring the viewer to a find a redeeming quality within him. As if Bravo is actively pitting Isaac against the viewer as to how much they can withstand.

On the other hand, Bravo could be ridiculing and mocking the stunted-man narrative, considering the film does not seem to have an ounce of respect or care for its lead. If that is the case, what is Bravo truly accomplishing by simply creating yet another familiar film because no elements exist in Lemon that strike me as a critique or a subversion of this particular subgenre, just more of the same.

I’m not against ridiculing these men through the power of cinema, but if that is going to happen, my hope is that it is executed in a more entertaining or insightful way. When it comes to Isaac, he is such a dislikeable person that I want absolutely nothing to do with him. It is not a matter of wanting to see him change, to see unfortunate things happen to him; I simply do not want to see him any capacity. Mere knowledge of his existence dampens my mood, and it is seemingly done so with no point at all.