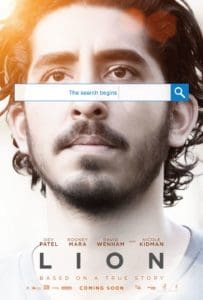 May none of us ever know the pain and hopelessness that comes from becoming forever separated from our family. Losing a child, or becoming a lost child, seems to be one of the most unimaginably horrible things that could happen – but happen it did to Saroo Brierley and to his family.

Lion tells that story – the true-to-life story of 5-year-old Saroo, who becomes lost and is then adopted…but not before enduring the tragic hopelessness that comes from living on the unforgiving streets of Kolkata. One of the few fortunate ones, the boy is taken in by a warm, wealthy Australian couple (played by Nicole Kidman and David Wenham) and raised in nurturing and stable home.

After two decades, Saroo sets out to reunite with his birth mother, every day feeling the mounting weight of guilt and pain of the unknown. Knowing little more than his native tongue, some spotty details about his hometown and his siblings’ names, he must piece together these memories to find his way back home. Lion is able to tell this gripping tale without being endlessly depressing. It’s terribly sad, yes, but is also filled with hope and love and has a satisfying-enough ending that I feel confident recommending it.

Director Garth Davis does an excellent job of helping the viewer to understand what little Saroo and big Saroo experience through fantastic performances by Sunny Pawar and Dev Patel. Without relying too much on flashbacks and other exposition, Davis manages to tenderly unfold the narrative, often doing so through beautiful, intimate moments centered around seemingly small and unimportant things like a cold orange soda, a taste of jalebi or a tarnished old spoon. 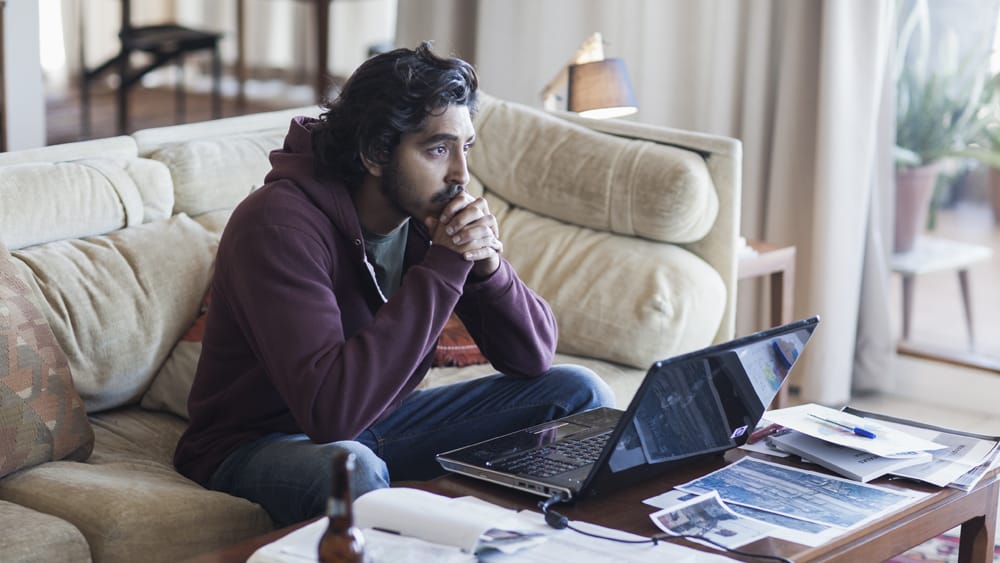 I fully realize that not every scene in this film is pulled straight from reality and personally have very few criticisms of the adaptation. One exception is the character of “Lucy,” which is played by Rooney Mara. She was apparently not based on one individual person but rather several, as is often done in these sorts of films for the sake of simplicity or to help further the story.

Perhaps that is why I felt it very hard to connect with her. She wasn’t very developed and seemed only to be present in order to serve as a “reactor” to Saroo’s mental state or as someone who is demonstrative of his “new life.” This is not a knock on Mara, as she did well with what she was given, especially in one memorable scene where she shows off her playfulness and gives a little depth to Lucy.

I am a sucker for underdog stories, especially if they’re based on true tales, but I try to avoid tear jerkers. No really – I stay far, far away. I took a gamble with Lion, hoping that the film would turn out to be more inspirational than dismal, and I’m really glad I saw this one. I wasn’t in need of “a good cry” – instead, what I sought is ultimately what I got – a great story told by incredibly skilled filmmakers and actors.