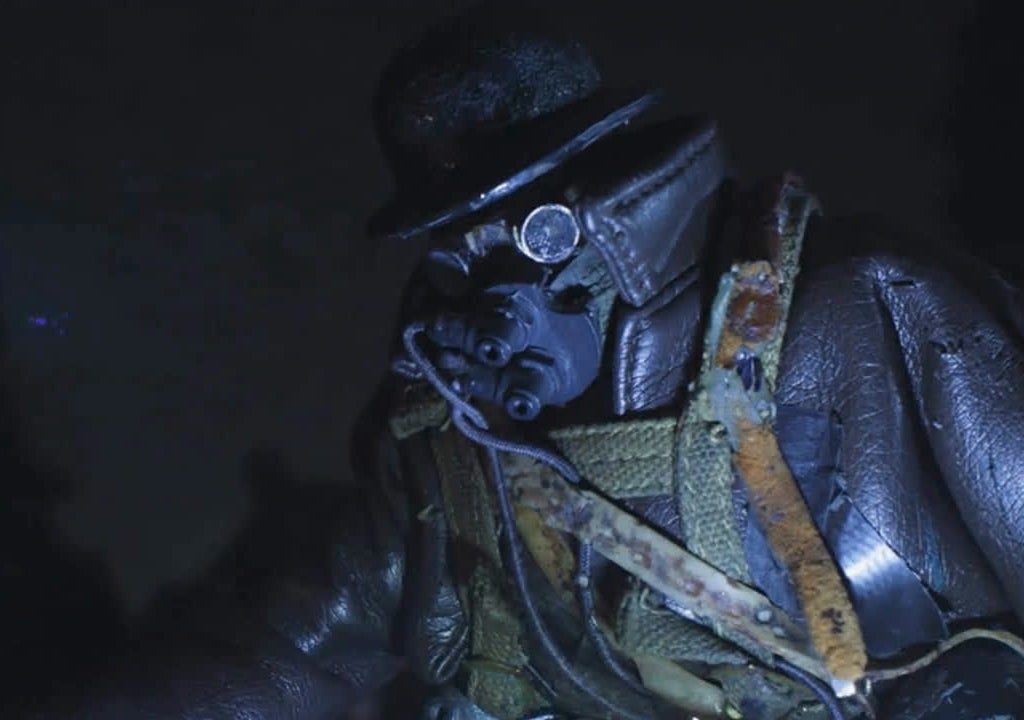 With six Academy Award nominations for visual effects, including two wins (Jurassic Park, Return of the Jedi), it’s safe to call Phil Tippett an animation legend. Mad God is Tippett’s passion project, made up entirely of traditional, stop-motion animation and creature fabrication. It wasn’t in the making for 30 years, as the Shudder trailer states, but rather something put on the back burner for 20 years because Tippett considered it a failure. Thanks to support from his colleagues, a plethora of volunteers and a successful Kickstarter campaign, Tippett was able to revive Mad God and bring it to completion.

It suitably begins with an excerpt from Leviticus 26, in which God essentially promises his wrath if there is continuing disobedience to his word. In Tippett’s eyes, we are already betraying his will. In Tippett’s words, Mad God is, “…characterized by the shame that I feel for our privilege in this country that was built on the backs of destroying a lot of other people and not taking responsibility for it.”

Tippett’s misanthropic vision takes us on a journey through an exotic hellscape filled with grotesque monsters. In a dismal setting, there’s a filthy, caged doll pleasuring itself, a chimp fastened to a torture table begging for help, a fat slug-like creature chopping another unidentifiable creature with a butcher knife, faceless humanoids performing menial tasks dying left and right, so on and so forth.

Tippett’s imagination runs wild in the fashion of an LSD nightmare. With incredible chaos around every corner, it’s impossible to fully comprehend or follow what is taking place. Much is left up to the viewer’s interpretation. I find it especially curious why everyone is working and using technology. The obelisk from 2001: A Space Odyssey is a recurring figure, injecting the matters of evolution and rebirth into the conversation.

Many questions can be asked without absolute answers. What we do know is: a character (referred to as Assassin) wearing a gas mask navigates through the land with a deteriorating map. Another Assassin does the same later on. We see what they aim to do and who sends them but the reason for their mission remains unclear. A surgery is performed on Assassin, where a snake-like baby is extracted from his live body, and that baby plays a pivotal role in the plot.

But the plot is often abandoned to show the world and its inhabitants in all its insane glory. Straying away from conventional story structure waters down the drama and, in effect, our engrossment. That’s the film’s biggest setback. However, Tippett’s depiction of hell-on-earth is characterized by meaninglessness and turmoil, so a certain level of out-of-bounds play is required.

The quality of the story is debatable, but two things are unquestionably true: Mad God is visually stunning and a technical marvel. The absence of dialogue is near unnoticeable because the image is so rich. The unreal amount of detail and abundant artistry makes Mad God a one-of-a-kind, stop-motion masterpiece not to be missed.