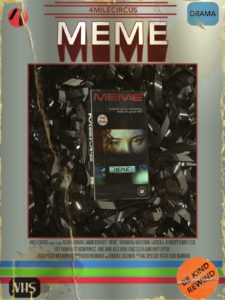 Meme is currently on an independent tour of theaters in the US.

For Sean Mannion’s first foray into feature-length filmmaking (after years of directing shorts and producing a number of films), he plays it semi-safe with a routine domestic drama, one familiar and easily recognizable; yet complicates things by swaddling it in a casually complex digression of existential ponderings that slowly influences the narrative over time.

In Meme, Mannion introduces a young couple unknowingly in the beginning stages of settling-in. Jennifer and Tommy (Sarah Schoofs and Shivantha Wijesinha) are drifting apart by investing more time into their respective hobbies. Tommy with his obsessive VHS collecting and Jennifer with her…her…Jennifer doesn’t seem to have an obsessive hobby, actually. She’s still fixated on maintaining the spark (or recreating it) that seems to be dying out in their relationship. She’s even gone insofar as to take an interest in his unbridled enthusiasm for underground cult VHS titles that no one has heard of except for a small grouping of collectors.

It is through this decision to partake in his hobby that inevitably transforms not only their relationship but also her entire life and personality as a whole. Mannion starts out simple by tracking their subtly faltering romance but mixes things up by intermittently introducing sidebars and diversions in the form of repeating commercials, B-movie footage, and VHS quality imagery of the film’s main characters in unknown times. These VHS recordings have no discernable attachment to the main storyline early on but they do seem to bear some connection. Although that connection remains mysterious up until the end.

Meme is a linear narrative with fragments of non-linear experimentation contained within. These non-linear interruptions increase when Jennifer discovers and becomes preoccupied with a VHS mash-up tape that discusses the ways in which the universe works. A sort of cursory dip into a simulation theory type philosophy that propels her into finding out who made the tape and why. 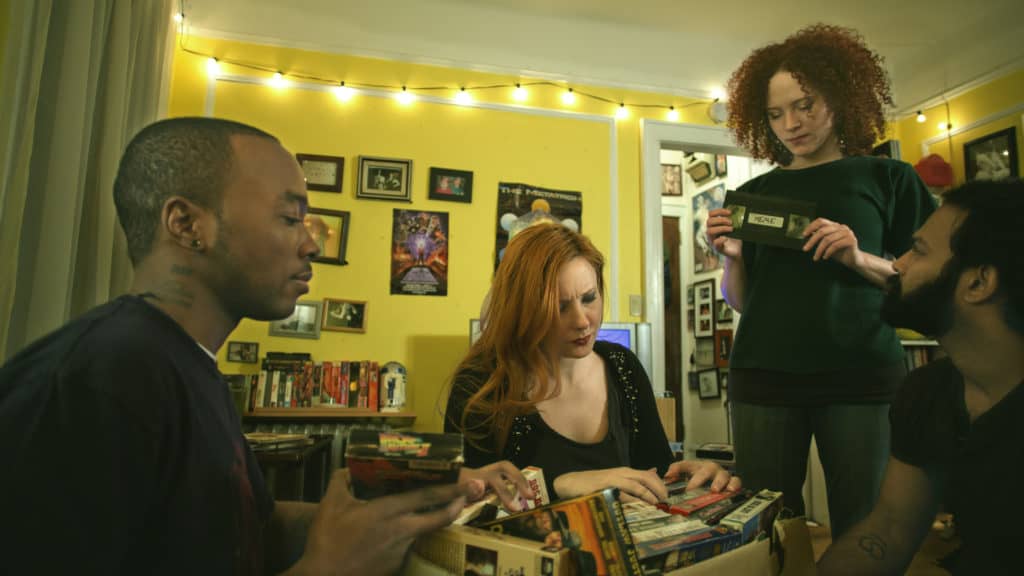 Through this journey everything after and everything prior shifts and changes. The relationship storyline eventually folds into the authorial quest with that quest then folding into itself to create an inspirational storyline of personal betterment. Like what is discussed in the mashup tape, it is bits of information interacting with other bits of information, ad infinitum as information populates and repopulates creating our realities and influencing our decisions. Hints of this have been sprinkled throughout the preceding scenes by Mannion but it’s not until the end that all of it begins to fall into place as Jennifer begins to salvage her relationships and changes the issues in her behavior.

There is a wonderful sense of world-building to it all. Mannion and his crew are not building expansive visions of alternate realities but they are alternate realities, nonetheless. One full of self-contained products and works of art, from the repeated beer commercials for Wotan Skald Lager (in German & Spanish) to the various titles from Tommy’s VHS collection. It is a fully-realized world and Mannion appears to be having quite the time creating every aspect of it. Each piece feels integral and the ancillaries are all created with the same importance and care as the central story.

However, the film does suffer by being emotionally monotone. All scenes seem to have been leveled out to an even baseline and could have benefitted from some elevated moments of emotion as none of the dramatic points – Jennifer’s drinking problem, the deteriorating relationship between Jennifer and Tommy, or Tommy’s infidelity disclosure – have a sense of urgency to them. They play more like plot points that have transpired decades earlier, reenacted by strangers detached from their emotional effects. It sounds worse than it is but the valley-like baseline of feeling in proceedings is often working against the film as a whole. 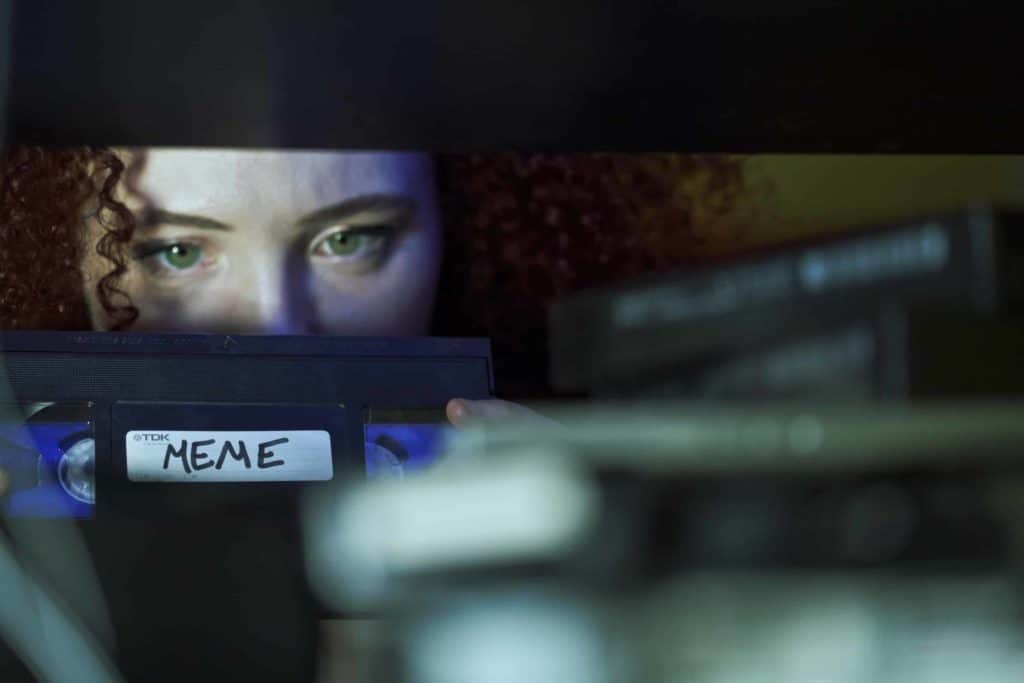 Ultimately, it’s not victorious in the end as Mannion is able to balance the minutiae and the vastness of the universe, along with our existence in it. He is able to achieve this without weighing down the small-scale personal moments with unnecessarily dense philosophical musings keeping things light and playful in the midst of exploring the particulars of existential theory. Kicking around ideas in a playground of his own creation with a full circle-style narrative that avoids the appearance of being overly clever or tricky in its execution.

The film seems to ask of its’ viewer (as one of the VHS mashup tape’s participants ask of Jennifer) is what do you plan to do with the information you are looking for, what comes next? What happens when you find the creator of the tape? And, through following that line of questioning, Jennifer realizes that her ultimate goal is to create something similar, herself. To create anything. And in a way, it is as if Mannion is encouraging his audience to bypass their questioning and to create their own art, in whatever medium it may be. And with Meme, Mannion is showing them that it is indeed possible.