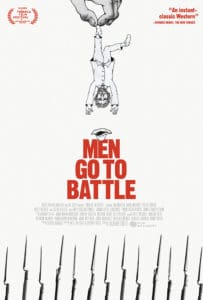 Setting, what is essentially, a buddy comedy within the timeline of the Civil War seems like a novel idea (and it is) but what makes Zachary Treitz and Kate Lyn Sheil’s film truly distinctive is their ability to blend a somber exploration of human inadequacies in and around the antics of the bumbling Brothers Mellon; where rejection is catalyst for bad decisions and one’s inability to connect with the world might lead them to join the Union Army.

Francis and Henry Mellon, played by David Maloney and Timothy Morton (both of New Cops fame), reside on the outskirts of town both in terms of actual residence as well as their standing within the community as they are a bit of an awkward bunch. Yet they do seem to complement each other well as Francis possesses the confidence needed to thrust himself into certain situations while Henry has more of a reserved temperament, content with spectating from a distance, uncomfortable being in the moment.

They have their similarities and they have their differences, the biggest of which might be their reactions to rejection and/or embarrassment. A failure of sale might lead one to attempt to fell an entire field by hand while the other prefers to slink into the dark, cutting off all communication for weeks on end. Henry lacks a certain conviction or perseverance that can be found in his brother, Francis; one that prohibits him from remaining in a situation that could potentially disagree with his comfort levels.

He will, however, stay within those situations just long enough to wring out some quality humor, born out of the dreadful awkwardness that surrounds them. There is dry humor to be found in just about all of the interactions, the majority of which are steeped in clumsy pauses and a constant fumbling for words; in both instances, Maloney and Morton are particularly adept at accomplishing as well as the chemistry and camaraderie they display. Morton, in particular, capably constructs a quietly multi-layered character that supplements the film’s depth; he is the physical manifestation of a lost soul wandering the confines of Kentucky, complex by being devastatingly simple. 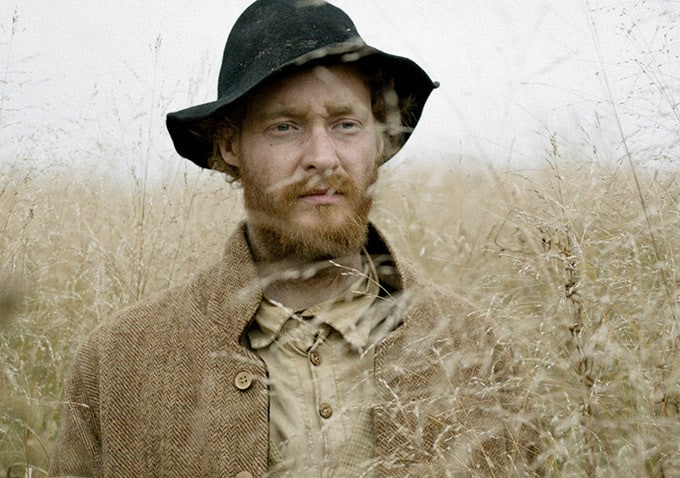 What amplifies this awkwardness is having it rooted in the Civil War era which can feel a touch out-of-place; the dialogue resembling modern fare a bit too much at times, but who is to say that awkward social exchanges did not rule the day in 1861 like they do so now. Even when the dialogue skirts with modernity, threatening to disrobe the illusion of the Civil War timeframe, the attention to detail found within the production design ensures that that will never happen. It is undeniably impressive in the way Treitz’s team is able to recreate all facets of 1861 given the film’s budget – the locations, props, and costumes are fully-realized, as is every other conceivable aspect.

Even though the world within Men Go To Battle is vastly different to the present in appearance the overall landscape of human interaction is easily recognizable and relatable, even a bit idealistic in some forms. Treitz and Sheil have crafted a study of a simple-minded man – not meant in a derogatory way but more in the sense that the majority of his brain capacity seems to be occupied by an overwhelming bulk of compassion that renders his view of the world stuck on a micro level with a tint of naivete saturating every thought – continually looking for a place where he fits in, where he can effectively connect with those around him yet continuously coming up empty-handed. He does not force the issue, he does not belabor the circumstances in the midst of incompatibility to fit in where he does not belong. He simply packs his things and sets out searching for another environment, one more conducive to his well-being.