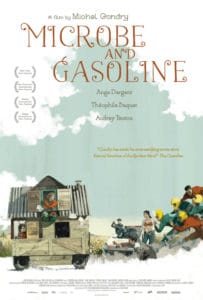 Given Michel Gondry’s inclination towards magical realism it seemed only a matter a time before he tackled the coming-of-age narrative with one of his films. He has already injected his active imagination into a number of projects that deal with more adult themes and subjects that it seems as though his unending affinity with creativity and make-believe, visualizing and materializing every whim and fantasy that his mind can conjure, would be perfectly suited for the genre.

Considering Gondry’s reputation, born out of these inclinations and affinities, a certain expectation might exist when going into a film titled, Microbe & Gasoline; a film centering around two adolescent males and their budding friendship that leads the two of them to construct a homemade gardening shed/go-kart hybrid vehicle to gain independence, spending the summer gallivanting around France in search of adventure. A narrative set-up that feels like Gondry has fabricated himself a veritable playground for his imagination to run wild, taking it back to its roots – summer days brimming with potential and freedom.

With all of that being said, those expecting a whimsy free-for-all might be disappointed when they are met with more of a whimsy-tinged realism feel, or they might be overjoyed depending on where they stand on Gondry’s whimsy applications. There are flashes of his inventive creativity here and there, but given the film’s framework there seems to reside an unexpected dearth in terms of his usual antics.

Sure, there is the occasional dip in the creative pond with bicycles doubling as mobile play-by-play announcing stations (complete with sound effects), bespoke centerfold spreads and, of course, the shedshack go-kart adorned with geraniums but in terms of the story and its opportunities, the carefree eccentricities we have come to expect with Gondry are certainly lacking. Not necessarily a criticism of the film itself but more so an observation. 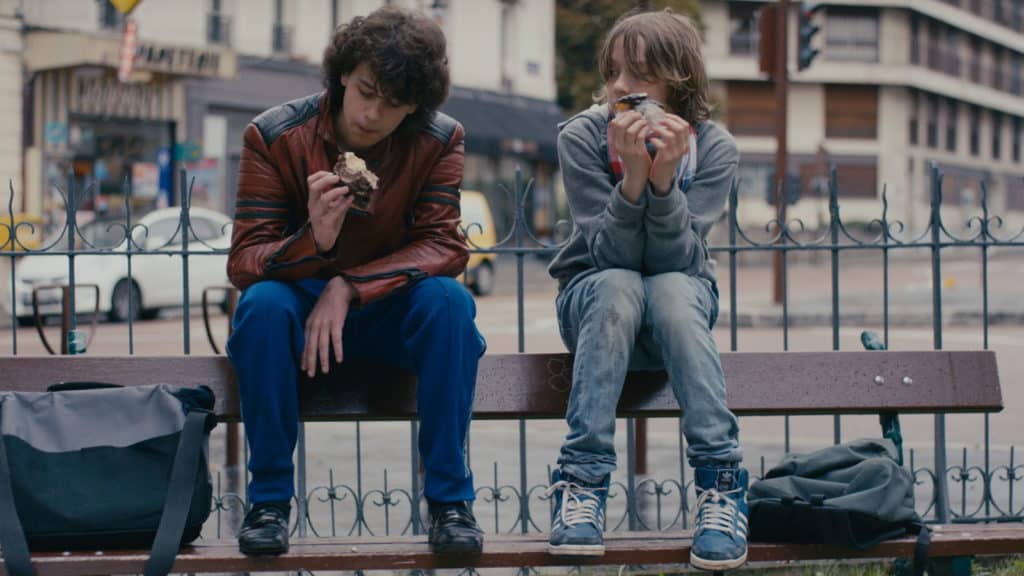 In the midst of this restraint, the pockets – absent of handmade props and playful camera trickery – have been replaced with a well-developed coming-of-age storyline focusing on a budding friendship between two outsider adolescents. There is an undeniable chemistry between the two leads (both charming in their own ways), Ange Dargent as Microbe and Théophile Baquet as Gasoline; one that does wonders within the emotional terrain of their relationship as they navigate a breadth of conflicts and good times.

An adolescent odd couple of sorts with differing temperaments: Microbe’s reticent nature (introverted and sensitive) counterbalancing Gasoline’s more enthusiastic-leaning personality (masculine and a bit foolhardy); while, over time, elements of both begin to wear off on each other as they encourage one another. They always appear to be there for each other, even through the stretches of hurt feelings the two find their way back to caring for one another, helping the other with their own respective weaknesses – one of the main themes being refusing to let others easily influence your actions and/or beliefs.

The most refreshing aspect of Microbe & Gasoline’s coming-of-age journey might be the tenderness shown in its depiction of male friendship. A lot of the humor in the film is devoid of the vulgarity and/or the crassness one might generally expect to find; it leans more on the side of charming with samurai haircuts, navigating non-existent crowds in pantomime and escaping lonely dentists in the night. The lack of mean-spiritedness is a replaced largely with a sweetness not normally found within films about 14 year old boys running wild through the summer.