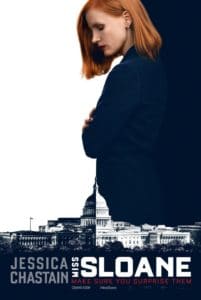 I love heist movies. I couldn’t care less about the big prizes, but there’s something exhilarating about seeing the layers of an onion peeled back, something thrilling about watching a mastermind play all the chess pieces that were there in front of you the whole time, something gratifying about witnessing a ragtag team surmount seemingly impossible odds.

John Madden’s Miss Sloane is not a heist movie; but it might as well be. It contains all the elements of a great heist film and keeps the audience guessing around every turn and surprised at each twist.

What will likely be generically categorized as a political thriller, this film centers around its titular character, a D.C. lobbyist at the top of her game. Sought after for her skills in manipulating politicians in order to push political agendas, Elizabeth Sloane decides to take on a major political force in Washington, and she and her team end up facing major backlash from all sides.

The character of Sloane is brilliant and calculating, and no doubt many other film reviewers will call her some variation of “icy” or “unfeeling.” Madden and writer Jonathan Perera, however, show us that the tough exterior is just one of the facets of Sloane’s identity, and while she is quick to shut down her adversaries, callous to her co-workers and unflinching in her decisions, she is also passionate about her cause, loyal to her team and self-sacrificing, even to her own peril. 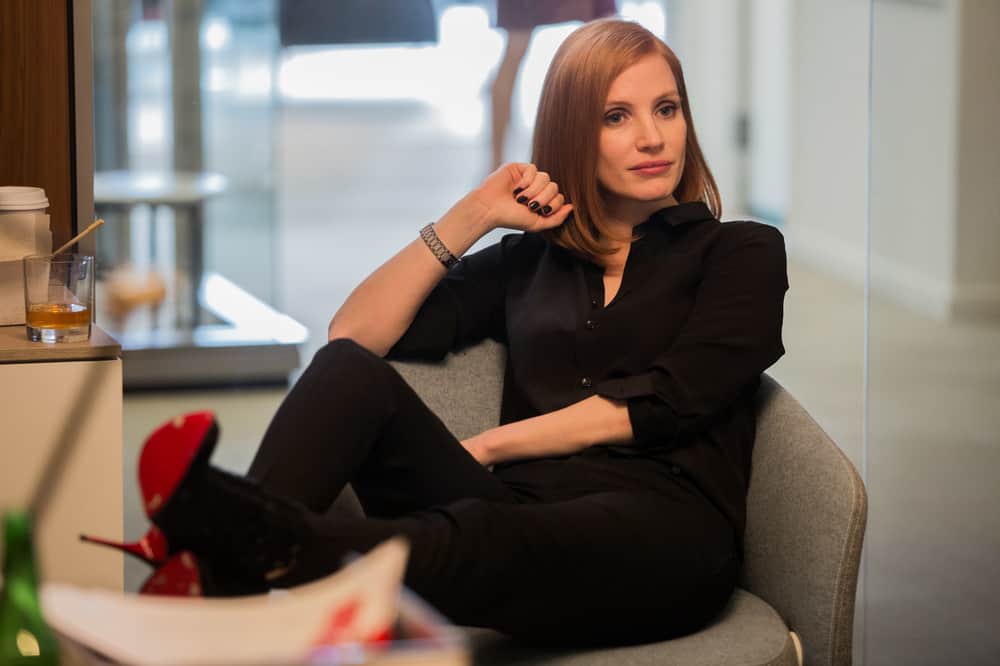 Portrayed by Jessica Chastain, Sloane, as one of her former colleagues put it, is “the master of CYA;” she has backups for her backups, Plan Bs for all of her Plan As. So we watch her masterfully orchestrate her plan – à la Frank Underwood or Olivia Pope – keeping her clients, her boss, her subordinates and even us, the audience, in the dark.

Carrying the film alongside Chastain are John Lithgow as a ruthless senator trying to take down Sloane; Sam Waterston, Alison Pill and Michael Stuhlbarg as former colleagues with a bone to pick; and Gugu Mbatha-Raw and Mark Strong as members of Sloane’s under-funded, underestimated underdog team. Each delivers an outstanding performance, and with the movie clocking in at a little over two hours long, there’s just enough time for adequate character development.

To their credit, the filmmakers do a good job of supplying the potentially dull word-battle scenes with a complementary score and offer enough exposition so that the viewers aren’t ever confused about what is happening, whether it is through supporting-cast reactions or handy flashbacks.

This one gets a strong recommendation from me and is a definite must-see if you’re into heist movies like I am – even if it is labeled a political thriller.

One Response to “MISS SLOANE Review”