Focus Features has released a new official trailer for Never Rarely Sometimes Always, a drama that premiered at Sundance earlier this year, where it won a Special Jury Award. It also won a Jury Grand Prix Silver Bear at the Berlin Film Festival.

The film follows pregnant teen Autumn (Sidney Flanigan) and her cousin (Talia Ryder) on a journey from Pennsylvania to New York, where Autumn can get an abortion without parental consent.

An intimate portrayal of two teenage girls in rural Pennsylvania. Faced with an unintended pregnancy and a lack of local support, Autumn and her cousin Skylar embark on a brave, fraught journey across state lines to New York City. 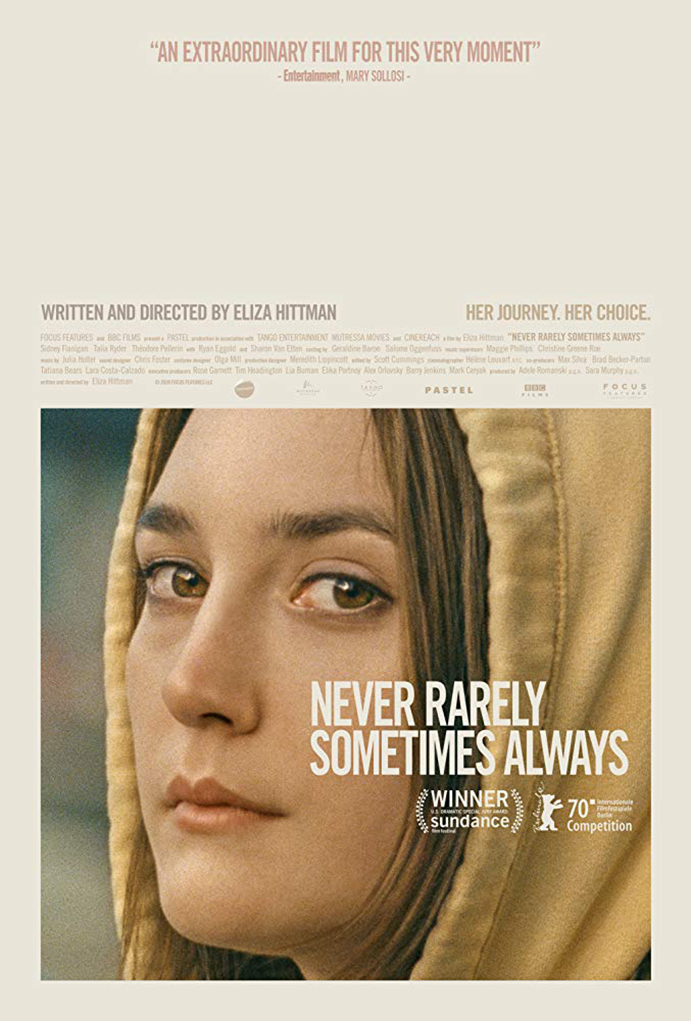