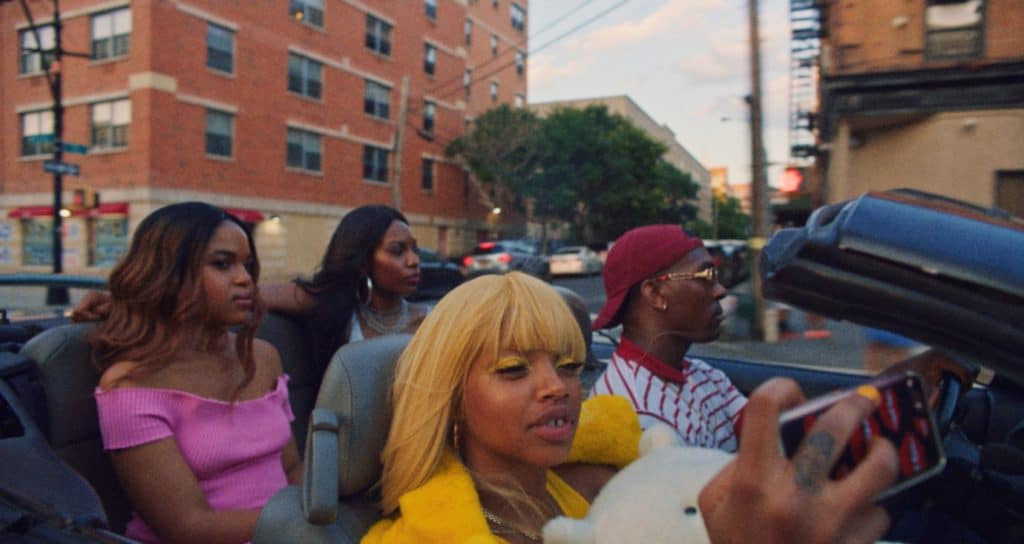 New York’s Rooftop Films Summer Series is gearing up to kick off the end of this month, and today they announced the first crop of films that will be featured this year. Like previous years, the event will kick off with a shorts program, marking its 23rd year on May 17th. As usual, even with only a partial list of titles revealed it’s an already impressive lineup, with a couple highlights being Sam de Jong‘s Goldie, Jocelyn DeBoer & Dawn Luebbe‘s Greener Grass, and Annabelle Attanasio‘s Mickey and the Bear.

Take a look at the full list below and stay tuned for additional announcements in the coming weeks. For more, head over to the official web site at rooftopfilms.com.

THIS IS WHAT WE MEAN BY SHORT FILMS: OPENING NIGHT 2019
FRIDAY, MAY 17 @ GREEN-WOOD CEMETERY
It’s been too long, so, come and get your Fest on! Rooftop returns for our 23rd Summer Series with a program of amazing new short films featuring our favorite neighborhood celebrities, illegal Chinese Trap music, animated bungee dives, and conga lines on the high seas. These daring and wildly entertaining works will transport you to heretofore unexplored realities and display the creative potential of the cinematic short form. Come experience the Magnitudinous Illuminous that is Rooftop Films’ opening night!

RUNNING WITH BETO
SATURDAY, MAY 25 @ NEW DESIGN HIGH SCHOOL
Director David Modigliani & producer Rebecca Feferman in attendance!
This behind-the-scenes HBO documentary follows Beto O’Rourke’s rise from virtual unknown to national political sensation as he barnstorms across Texas in a bold attempt to unseat Ted Cruz in the US Senate. Embedded with O’Rourke for the final twelve months of his campaign, Running with Beto follows the rising star’s journey in real time through intimate access with the candidate, his family, and a team of political newcomers who champion a new way of getting to know a candidate — one Texas county at a time. Modigliani reveals the challenges and triumphs of an unconventional campaign as Beto navigates an onslaught of negative advertising, inevitable strain on his family, and the pressure of delivering for legions of supporters. This film is creatively and financially independent from Beto O’Rourke and his campaign. A HBO Documentary Films release.

DANGEROUS DOCUMENTARIES | FREE EVENT
FRIDAY, MAY 31 @ METROTECH COMMONS
The best short films are not just seen, but viscerally felt. The works in this program allow us to experience moments of human perseverance within worlds on the brink of collapse. Intrepid protagonists squeeze through perilous caves, shoot the shit in prison tattoo parlors, fight for their rights, stitch together felted caskets, and attempt to repair their shattered lives. Featuring stunning cinematography and innovative storytelling, these breathtaking short films will thrust us into perilous terrain alongside brave individuals who won’t give up until they reach the light at the end of the tunnel.

GOLDIE
FRIDAY, JUNE 7 @ NEW DESIGN HIGH SCHOOL
Goldie is a star – well, not quite yet, but at least in the eyes of her little sisters Sherrie and Supreme she is. The rest of the world is bound to take note soon too. Her big break surely awaits, she’s just got to pick up that golden fur coat she’s had her eye on first. And land a role as a dancer in a hip-hop video. And keep child welfare services from separating her from Sherrie and Supreme, after their mother is locked up. Holding onto those dreams isn’t easy when fate has placed such daunting obstacles in her path. With Goldie, Dutch director Sam de Jong has delivered a real New York film: raw and glamorous, unflinchingly realistic and relentlessly optimistic, with a ton of heart and at least as much attitude. A Film Movement release.

STRANGE NEGOTIATIONS
SATURDAY, JUNE 22 @ GREEN-WOOD CEMETERY
Featuring post-show Q&A and performance by Pedro the Lion frontman David Bazan!
After renouncing his long-held Christian beliefs and walking away from his critically-acclaimed band, Pedro the Lion, musician David Bazan retreated into a solitary life of touring solo, struggling to rebuild his worldview and career from the ground-up, and to support his family of four. Strange Negotiations finds David a decade into his journey, during which he has become a sort of reluctant prophet to Americans reeling from their country’s own crisis of faith highlighted during the 2016 presidential election.

Dates for the following titles will be announced later: