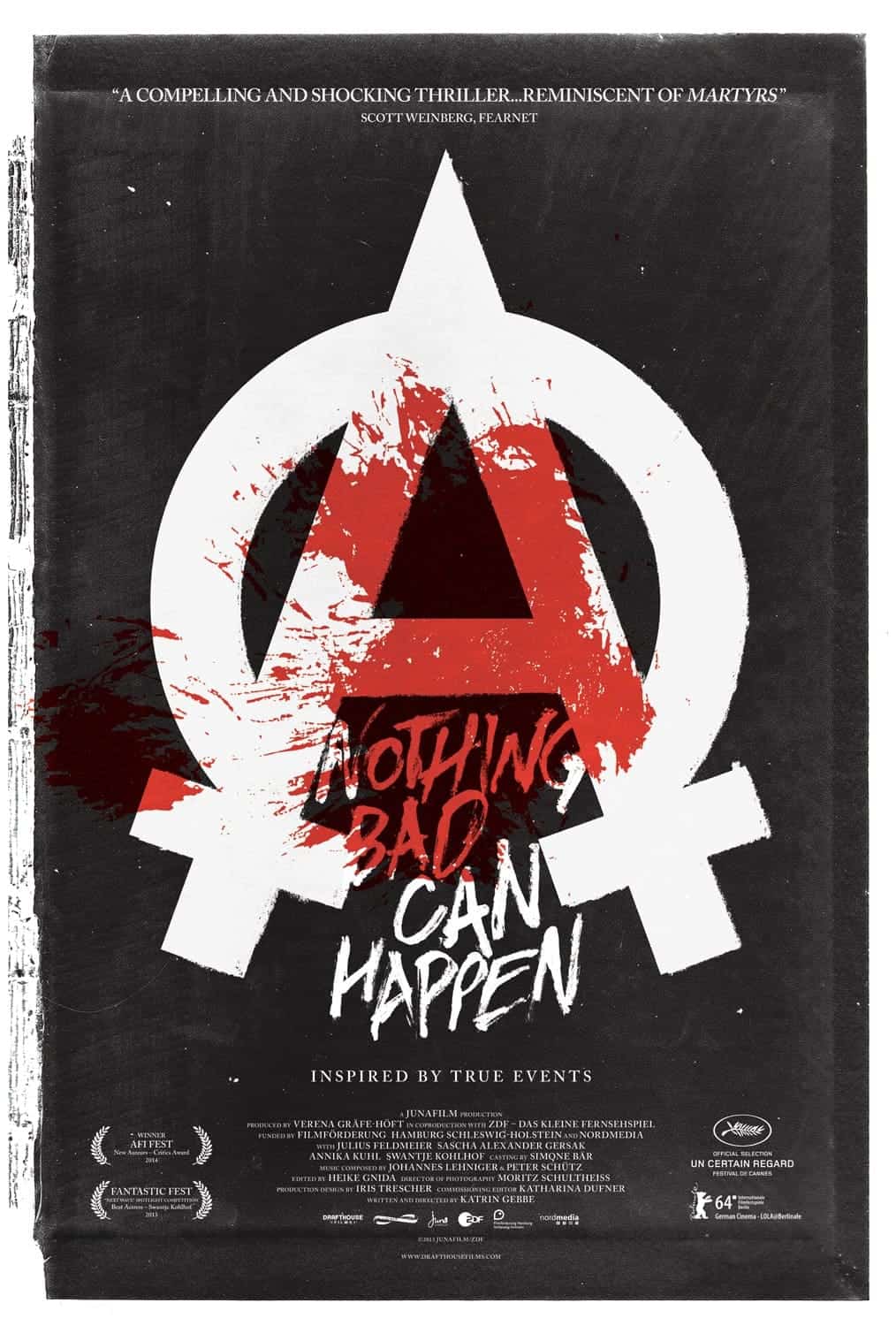 Rarely does a director exhibit such a proficient understanding and application of nearly every cinematic aspect within their debut feature as Katrin Gebbe undoubtedly showcases with Nothing Bad Can Happen, inspired by true events revolving around staunch religious beliefs and various maltreatments in one young man’s quest for pure altruism. Heavy subject matter for a new director to attempt to tackle with their first film, for sure, but Gebbe brilliantly balances the triumphs and the trouncings, offsetting moments of unflinching brutality with moments of graceful tenderness.

The young man at the center of Nothing Bad Can Happen is Tore (Julius Feldmeier), a member of The Jesus Freaks, a community of youthful stalwarts of the Christian faith, sincerely advertising the beauty and power within the word of the Almighty; he seemingly displays the power of Christ while happening upon Benno (Sascha Alexander Gersak) and his family in their broke-down vehicle, transmitting that power through himself onto and through the hood, restoring the vehicle to working order. With this rejuvenation phenomenon, Tore believes he has a higher calling and remains patient, vigilantly awaiting his mission.

His mission slowly comes to light after spending some time with Benno and his family as a tent-bound temporary lodger of their front lawn as Benno quickly realizes the advantages that can be taken with Tore’s naivete-laden altruistic demeanor. Thus beginning a sadistic sport of sorts with Benno’s unrelenting acts of brutalism and depravity that grow exponentially in cruelty, routinely testing the limits of Tore’s faith.

The driving force central to the success of Nothing Bad Can Happen rests mainly on the tour de force performance from relative newcomer, Julius Feldmeier as the young man consistently tested with hurtles of heartless cruelty. Feldmeier’s talents are undeniable as he effortlessly flows between a headstrong emblem of self-sacrificial purity and moments of child-like wonder coupled with apprehension and joyful oblivion. The quality of Feldmeier’s performance is amplified by the fact that most of these emotions happen to be brilliantly communicated through an uncanny understanding of facial expressions and body language; in short, Feldmeier delivers, perhaps, the year’s best performance.

The fact that Gebbe is able to transform a harrowing tale of increasingly sadistic assaults based on true events into a multi-layered tale of altruism and martyrdom that’s equal parts intensely disturbing and compassionate wonder is no small feat; asking the viewer to upon a young man, not as a wounded victim of circumstance and naivete, but as something much more admirable as Nothing Bad Can Happen feels like a coming-of-age film wherein the main character not only comes of age but transcends maturity all together through gracious self-sacrifice.