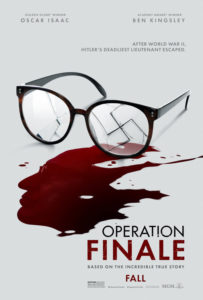 A sizable chunk of Operation Finale sees Mossad agent Peter Malkin (Oscar Isaac) trying to get Adolf Eichmann (Ben Kingsley) to sign off on the documents that will secure the Nazi’s transport to Israel, where he will stand trial for his innumerable crimes against humanity. Having fled to Argentina after the war, Eichmann was captured in an Israeli mission in the spring of 1960, but a series of subsequent setbacks have led to this point, where he must effectively sign off on his own execution for the task force to leave the safehouse where they have been keeping him. It’s the kind of true story theatrics that should make for a fascinating movie. To that end, Kingsley’s disturbingly dry performance, referencing Eichmann’s infamous defense of himself as just another order-following bureaucrat, does try and invoke the eternal question of how individual human beings can engineer unfathomable atrocities. However, director Chris Weitz, working from a tepid script from Matthew Orton, takes this promising setup and turns it into a merely adequate excursion. 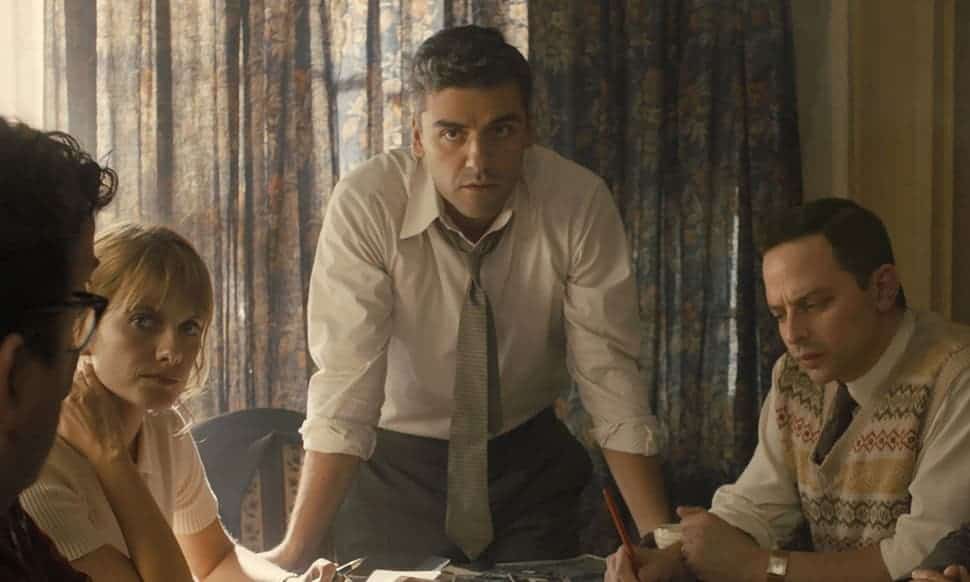 The film colors within the lines and moves with a sense of rocky predestination. Overwhelmed by its basis on documented fact, it makes no attempt to generate real suspense, but later, it can’t fill in some of the blanks it actually generates. A third act development, in which some characters must stay behind in Buenos Aires while the rest of the team flies Eichmann to Israel, is presented as a risky sacrifice, but it’s dropped as quickly as it’s picked up when everyone reassembles at the trial a year later. The remainder of the movie functions largely as a lukewarm chamber drama, in the dark, dusty house serving as both a holding cell and mission HQ. Operation Finale is the historical film at its most safely crafted, even as individual production elements, such as Alexandre Desplat’s pushy score – heavy on everything from marimbas to choirs – suggest departures from a cookie-cutter approach that aren’t reflected onscreen. 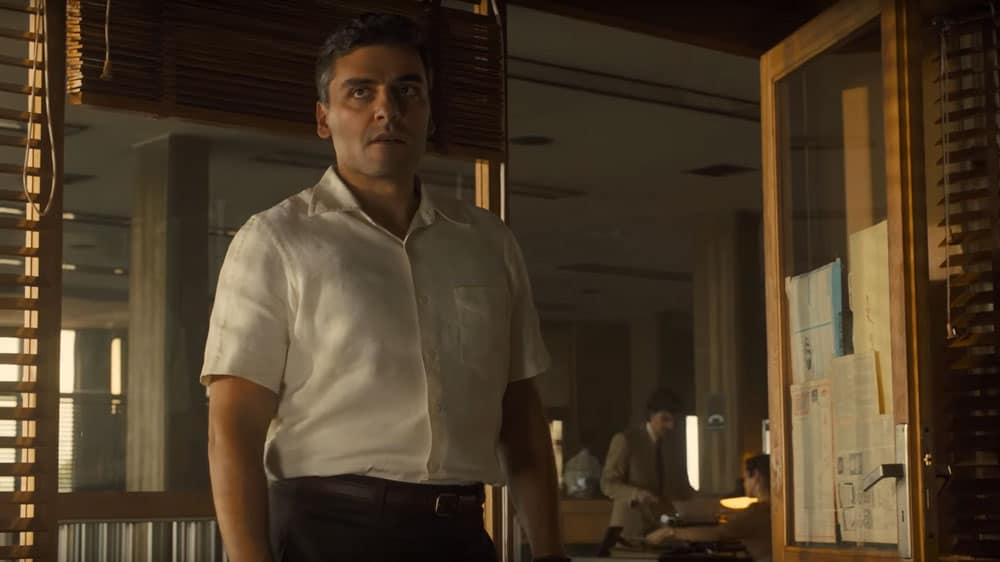 Attempts to delve into the personal lives of the team members, such as a tentative probing of a romance between Malkin and medical specialist Hanna (Mélanie Laurent), come off as last-ditch efforts to add life to bland characterizations. Operation Finale rus through a laundry list of historical facts without any understanding of how each event has to piece together to form a story adapted for the screen. It’s not enough to point out how thrilling this endeavor was, or that there is justice that Eichmann was put on trial for the whole world to see, when so many other perpetrators of the Holocaust escaped such a fate. The film needs a perspective that connects these ideas beyond simple observations. It must live within its world, rather than looking back at us and making sure we get it. Weitz tackles the material with thoughtfulness, and inserts a few visual references and callbacks that land (there’s one involving a scene from Douglas Sirk’s Imitation of Life that I still can’t quite shake), but he can’t overcome Orton’s lecture-like skills, traveling from Point A to Point B with a monotonous rhythm. 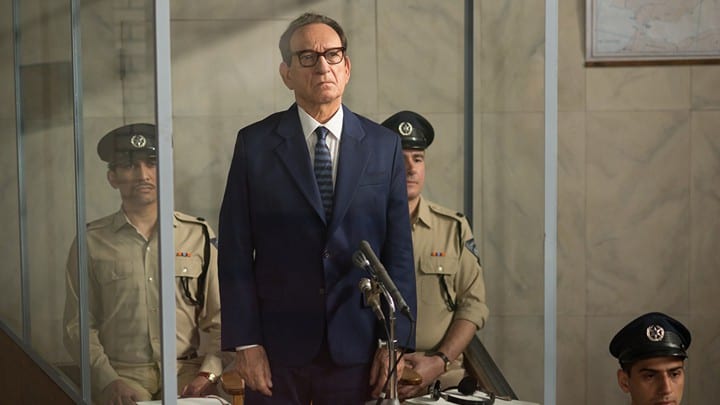 Slivers of the Eichmann trial are dramatized in the third act, but the rest effortlessly slides into the requisite docudrama title cards that run before the credits, reminding us that Operation Finale’s rigid structure is such that anything could be shown or not shown, and it would largely play the same. There’s nothing deeply wrong with the film, and it’s better that these stories be told and kept in our consciousness rather than relegated to the history books, which seem to be gathering dust at rapid speeds these days. But it’s frustrating how plain the movie turns out to be. It gets close to many things – from debating Arendt’s theory of the banality of evil, to toying with how little sincerity that Eichmann’s forays into interpersonal connection with Malkin could ever hold – but such probing of its characters’ philosophies becomes, by extension, part of its perspective on how it analyzes its history. That’s the kind of implication that it stridently avoids, as it’s all so flatly procedural that it can’t support the weight of those ideas for more than a few stray scenes.