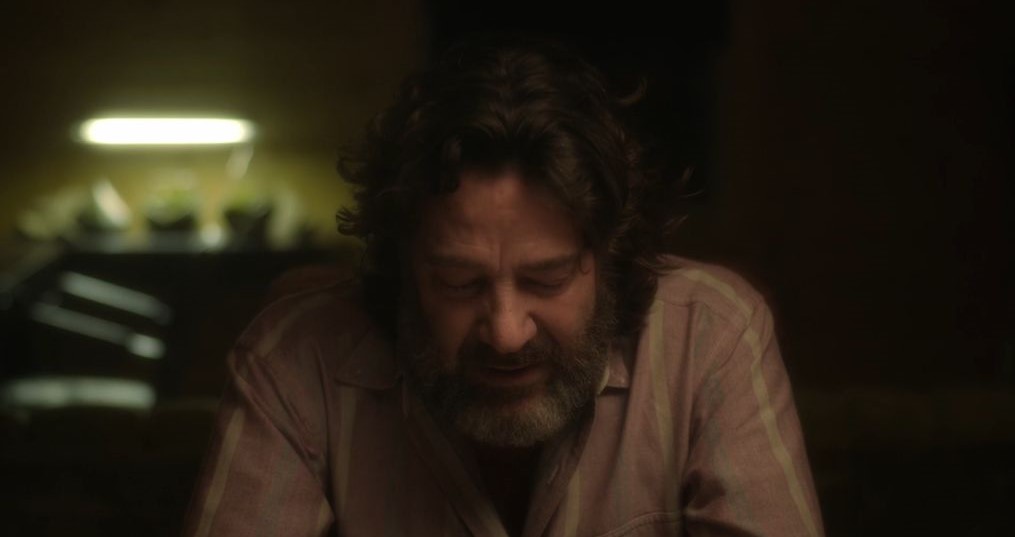 Brandon Colvin’s A Dim Valley will be available for 24-hour rental as a part of the Oxford Virtual Film Festival. There will also be a live Zoom Q&A at 8 PM (Central Standard Time) with the director and actors, Whitmer Thomas and Feathers Wise.

Forests have long been mystifying places; throughout history they have  existed as habitats for the supernatural, for mythical creatures and entities, or for pockets of transformation through unseen, imperceptible influences. There is something about the ambient noises housed in and around these spaces that seem to have a psychological effect, and writer/director Brandon Colvin has utilized these histories to create a fabricated folklore of his own making — transforming his home of Eastern Kentucky into a mysterious expanse of flora that is capable of housing the likes of sprites, fairies and nymphs — A Dim Valley.

It has the feel of a deeply personal narrative, so personal in fact that Colvin might be the sole individual capable of interpreting the film’s meaning and symbolism. A Dim Valley may be insular in this regard but is still able to deliver a captivating, albeit bewildering, storyline.

What it lacks in easily distinguishable progressions  it makes up for with atmosphere. It appears that’s exactly how Colvin wants it, as he’s operating in a storytelling mode that is far more interested in honing in on the audience’s spiritual center than reason or logic. It’s all open ended and ambiguous, free to individual interpretation,, far more welcoming to the idea of how the film makes you feel than to any potential readings centered around meaning.

As we’ve seen before, when Robert Longstreet and Colvin collaborate, it results in a remarkable lead performance from the veteran actor who is mostly known for his supporting work in film and TV productions of all sizes. He turned in a career-making performance in Colvin’s last film, Sabbatical, and he does so again here.

This time around his role positions him as an ill-humored man whose rough exterior is softened bit by bit until his true self is shown — a deeply emotional man brimming with tenderness and warmth. Longstreet might be one of the best actors working today when it comes to turning in an earnest performance full of compassion, and Colvin capitalizes on that ability to great effect.

One specific centerpiece scene has Longstreet’s character emotionally recounting a memory from childhood — one of lawn-fairy Tinker Bells flapping their wings ever so softly against his skin, the immense joy their existence and attention brought him alongside the sheer terror that inevitably washed over him as his father started up the lawnmower. As silly and nonsensical as that sentence reads, the moment exists as a truly captivating scene at the heart of A Dim Valley, thanks to Longstreet’s impeccable delivery.

It also exists as both a turning point and as the film’s way of asking for the audience’s full commitment to the mystical. A buy-in checkpoint, if you will. Meaning that, if you find yourself viewing that scene in the present as a farce of abject nonsense then you might find the film’s subsequent proceedings a touch too ambiguous.

As much as Longstreet’s acting has been a proven commodity over years, there now exists a new talent that can be added to the man’s résumé: singer/songwriter. With acoustic guitar in hand and defenses down, he lays his vulnerabilities bare in a drawl reminiscent of Neil Young, expressing his desire to give into his animalistic influences and feast on unbridled freedom.

It’s a sequence that highlights the burgeoning transformation of Longstreet’s Clarence, a man who has long lived his personal truth in the shadows. Perhaps, so much so that dimness has broadened its scope into all of the aspects of joy in his life.

Of course Longstreet isn’t the only one delivering a noteworthy performance. Whitmer Thomas and Zach Weintraub embody their stoner-graduate-student personas, so much so that their acting registers as simply existing within familiar confides. If neither of these two have any history in the field of stonerism, then their on-screen loafing and childish amusements are a tour de force.

The opposing triumvirate of Rachel McKeon, Rosalie Lowe and Feathers Wise provide the counterbalance, imbuing their scenes with a sense of cryptic suspense that permeates itself into the entirety of the film’s ecosystem. Each one has their own enigmatic angle with vocabularies that include twittering birds and babbling brooks.

Iris (Lowe) has an abundance of wonder,delight and curiosity while Reed (Wise) appears to be entertaining herself through small-scale mischievousness. The character of Rose (McKeon) is the more concentrated of the three, occupying the leadership role with a determined resolve that hints toward her and only her having the knowledge of what needs to happen and why.

McKeon is able to command the screen through the subtlest of movements and exchanges knowingly holding the key to the mysteries surrounding everyone in her vicinity. A perfect example of this is a brief query, mottled with stifled elation, questioning ownership of a deck of tarot cards; with her back to the camera, one agile tap of her forefinger against the card’s edges announces that she has found the key and spiritual transformations can commence.

A Dim Valley is a beguiling film — itself enchanted by the possibilities that nature (specifically the landscapes of Eastern Kentucky) can provide, both positive and negative. How the beauty and serenity of the verdant, mountainous expanse can at the same time be home to an overwhelmingly threatening aura. A stillness that is at once exquisite and forbidding given one’s current mental state. Colvin utilizes all of these elements to fabricate a new universe rich with magical realism that envisions a localized spiritual revelation.