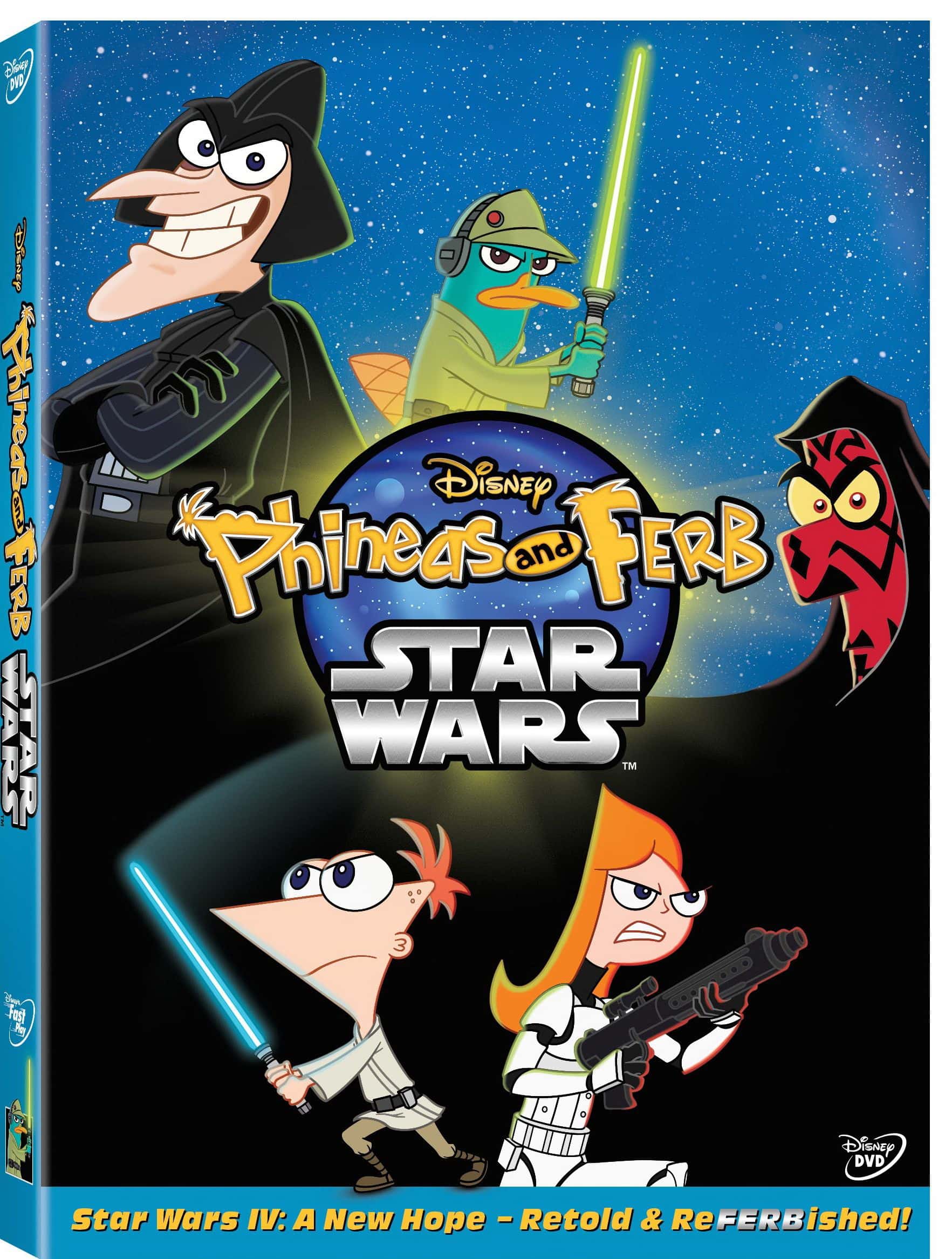 Unlike other Star Wars spoofs, such as Spaceballs and the Family Guy parodies, Disney takes on the famous franchise with its cartoon stars Phineas and Ferb in starring roles alongside animated versions of Luke, Leia and Han Solo, instead of just embodying them.

You don’t have to be a P&F fan to enjoy this one, just a lover of the behemoth George Lucas sci-fi series. From an adorable musical number about Tatooine and the infamous power converters to the many tongue-in-cheek references to classic Lucasfilm scenes, including “who shot first” and whatever actually happened to Luke in the trash compactor, Star Wars IV: A New Hope — Retold & ReFERBished is good, clean fun for the whole family.

This animated tale is not about the classic Star Wars heroes and their loyal droid/wookiee companions, who we’ve all come to know and love, but rather about Phineas and Ferb, their sister Candace, Perry the Platypus and Dr. Heinz Doofenshmirtz (as Darth Vader-ish goofball Darthenshmirtz). Luke, Leia and the gang are all there but stay a couple beats ahead of our main cast throughout the film and more or less play background roles.

This isn’t as aggravating as it sounds either. In fact, the voice actors for the Luke and Han characters nearly match those of Mark Hamill and Harrison Ford, and there’s a voice “cameo” by fan favorite Simon Pegg as the lovable golden robot C3PO.

The story follows Phineas and Ferb as they inadvertently become embroiled in a war between the evil Galactic Empire and the rebel army, face off against (the appropriately cast) Candace The Stormtrooper, battle one another when Ferb becomes corrupted by The Dark Side and becomes a Sith Lord, and ultimately save the universe from the treacherous Death Star.

Retold & ReFERBished is easily on par with with Robot Chicken’s Star Wars, and there are enough gags — like this one great little “tractor beam” bit — that’ll keep you chuckling throughout the 51-minute feature. This film is currently only available on DVD, but it’s a great value, considering you get such extra features as five additional episodes including the great Halloween special. The package additionally includes a metal keychain featuring Perry cast in a carbonate prison.

For those who didn’t see this film when it originally aired on Disney XD back in July, this one is certainly worth a look. For those who are already fans of the P&F series, it’ll be a great addition to your collection.