Shout! Studios has released an official trailer for Witches in the Woods, in which a group of friends on a snowboarding trip gets lost in a fabled, and frigid, New England forest.

Jill, a tenacious freshman, abandons her studies for an off-the-grid snowboarding trip. But after the sun has dipped below the horizon, their SUV mysteriously becomes lost in the freshly-logged mountains, eventually running out of gas. As temperatures fall, the group dynamic unravels as the friends turn against each other… and a witch-hunt begins. 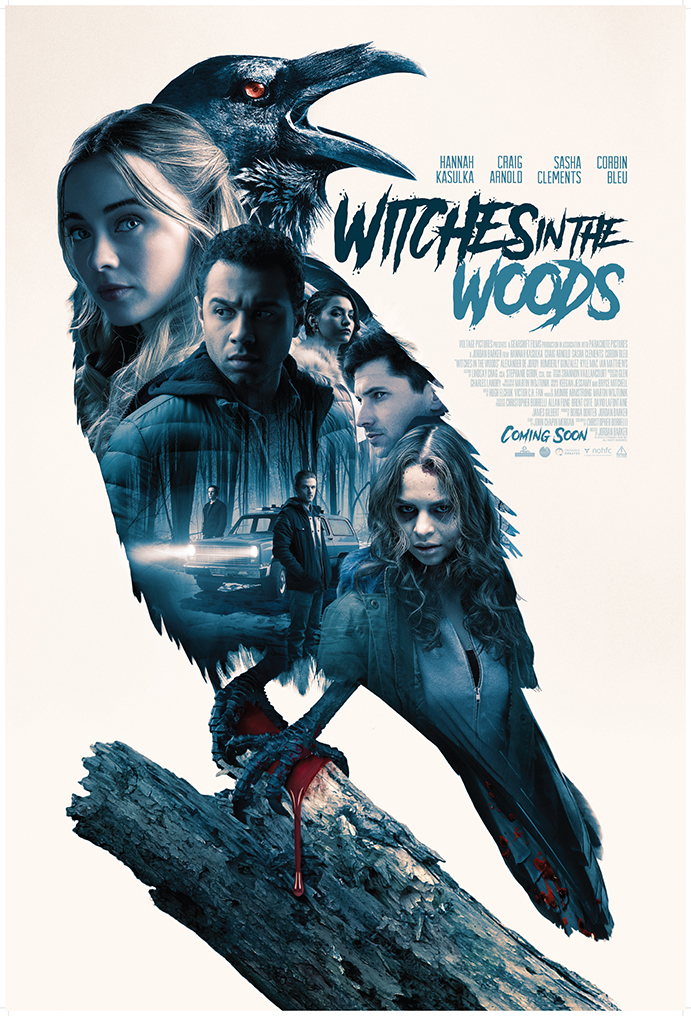