Juno Films has released a trailer for Radium Girls, a based-on-true-events drama about workers at the American Radium Factory in New Jersey who fall ill and then investigate a scandal. American Radium Factory represents the real-life United States Radium Corporation, which exposed workers to radioactive paint used in the production of luminous watches and gauges in the 1910s and ’20s.

Directed by Lydia Dean Pilcher and Ginny Mohler, Radium Girls stars Joey King and Abby Quinn. It will be released in theaters on April 3rd.

Based on true events set in 1928, in New Jersey, teenage sisters, Bessie and Jo, dream of faraway places as the paint glow-in-the-dark watch dials at the American Radium Factory. When Jo loses a tooth, Bessie’s world turns upside down as the mystery of Jo’s disease slowly unravels. Bessie befriends two young activists and in a radical coming of age, she exposes a corporate scandal. Bessie and the “Radium Girls” file a lawsuit against American Radium. This notorious case ultimately led to a lasting impact in the area of workplace health and safety as well as the study of radioactivity. 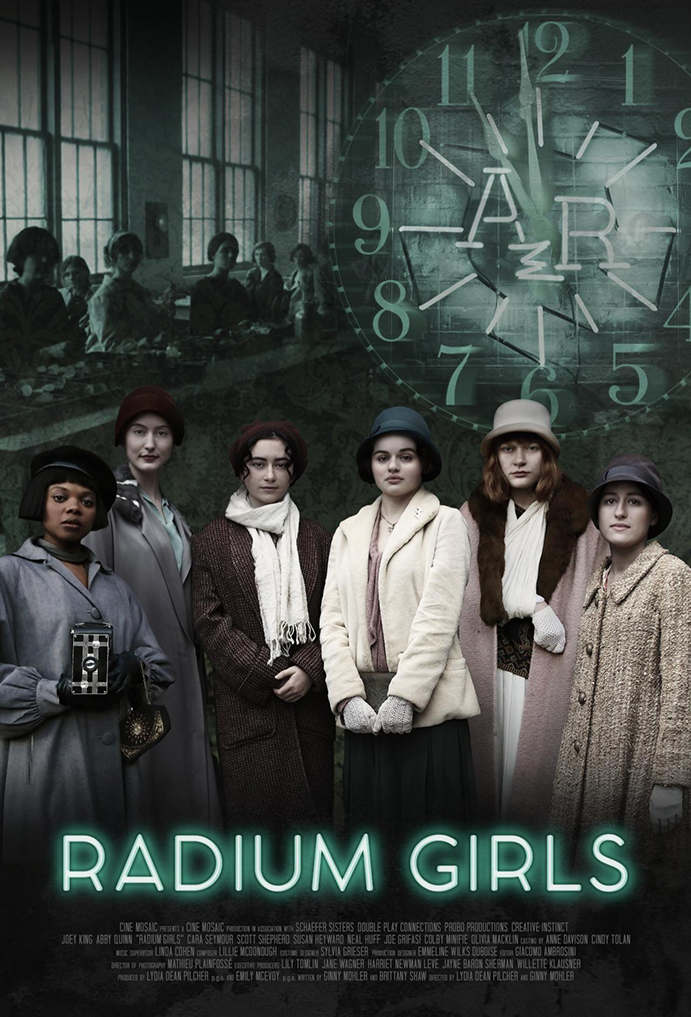