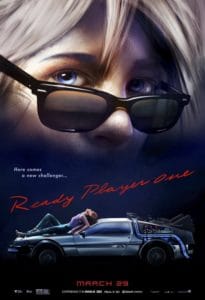 I’ll begin this review by saying that I am a huge fan of the book Ready Player One, so it’s quite difficult to separate my fangirl self from my movie-critic self while watching the film adaptation by Steven Spielberg.

The plot centers around Wade Watts (Tye Sheridan), an orphan living in a poor neighborhood in the year 2045, when most people would rather live in a virtual world than in the real one. That virtual world is called the OASIS, the brainchild of a man named James Halliday — who, upon his death, reveals an astonishing surprise to the world.

Halliday has left behind a message saying that he will turn over his enormous estate, and thus control of the OASIS, to whomever can locate a series of three keys to ultimately locate his Easter Egg, a challenge that’s been unbeaten for decades…that is, until Wade wins one.

And what would a story about an Easter Egg be without its own healthy dose of eggs? Those born after the 1980s or the uninitiated will certainly miss out on many of the pop-culture references but shouldn’t be any less entertained. Eighties babies will delight in the copious amounts of visual references, cameos and nods to some of our favorite songs, games, books and films.

Ready Player One has a good message about friendship, empathy, acceptance, rebellion, living your best life and doing what’s right, so the film itself is wholesome while also touching and funny. Some viewers may pick up on classic Amblin Entertainment vibe, but the story itself is inventive: Imagine Goonies meets The Matrix meets Willy Wonka & the Chocolate Factory.

But before I go on, I want to recommend that you don’t read too much about the film or check out the cast interviews. This review is spoiler free (and hopefully most critics will be just as thoughtful), but I am going to do something I have never done before — suggest you read (or listen to) the book before you see the movie. It’s a young-adult novel, which admittedly may not be for everyone, but this writer still feels that it’s far superior to the movie. 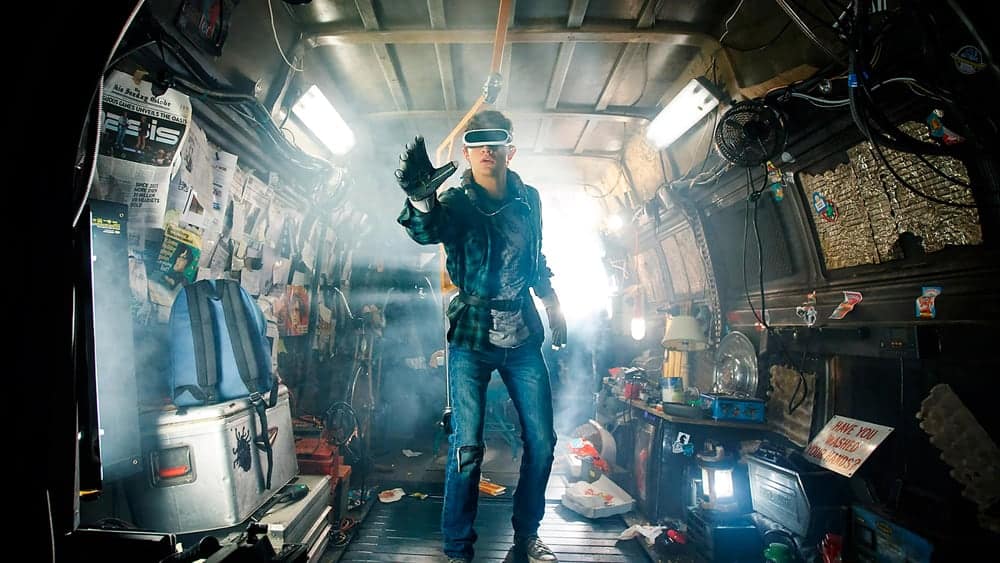 Most changes made in the film version that varied from the book version were more or less suitable replacements; it kept the story fresh for those of us who knew what was to come — so much so that it kept the pace of this 140-minute feature to a steady, energetic beat. Yet the book has time to develop the characters in ways that a movie often cannot. There’s also a very different take on Halliday — the focus on his personal history versus simply his interests — that I have trouble getting past.

The visuals are stunning, including the opening race scene, despite what the trailer might lead one to believe. To their credit, the writers crammed as much of the book into the film as was necessary and added a few of their own gags just to make things interesting. There are aspects of the film that were clearly put in to entertain the average moviegoing audience and perhaps also to raise the stakes though not necessarily at the expense of the original story, so all in all, it’s a great theater-going experience that I would highly recommend.