Dark Sky Films has released the trailer for the upcoming sci-fi comedy Mega Time Squad, in which a low-level thug gets his hands on a bracelet that allows him to travel two minutes into the past. The film is directed by Tim van Dammen and stars Anton Tennet, Jonny Brugh, Hetty Gaskell-Hahn, Arlo Gibson, Milo Cawthorne, Eru Wilton, and Simon Ward. We had a look at this during Fantasia in Montreal and had a blast with it, you can read our full review here.

A low-level criminal steals an ancient Chinese time-travel device, but he may not survive the demonic consequences of tampering with time. MEGA TIME SQUAD is a wildly entertaining time travel/sci-fi comedy out of New Zealand. A fan favorite on the festival circuit, the film stars Jonny Brugh (What We Do In The Shadows) and was praised by Variety as “fast-paced, determinedly silly, with sharp slangy dialogue,”the film blasted out of the gate at this year’s Fantasia and is destined to become a cult favorite. 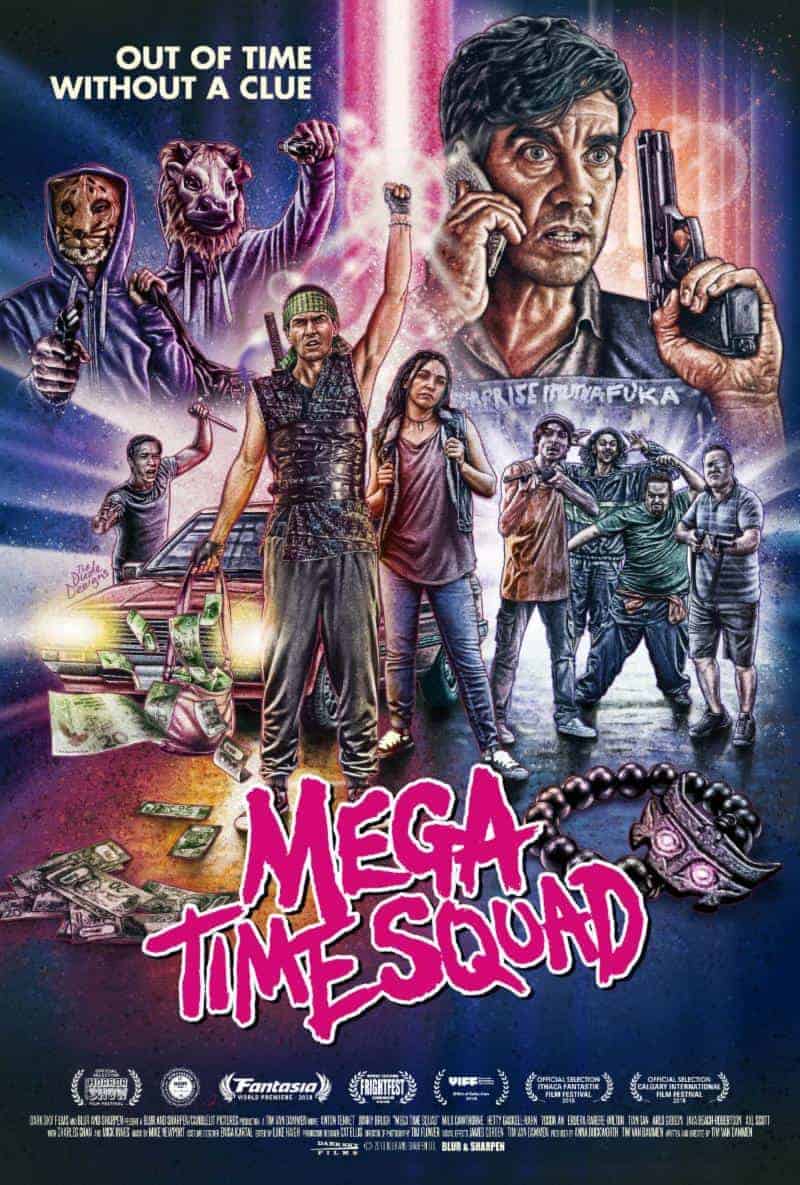