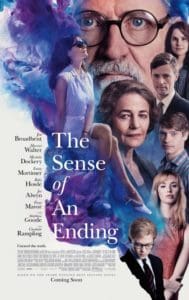 It’s always difficult to critique a film based on a beloved book. One has to judge the film on its own merits, no matter how true it hopes to stay to its original written form or despite whatever clever methods the filmmakers could concoct. For The Sense of an Ending, the screen adaptation of British author Julian Barnes’ 2011 novel, I’m afraid that the film fails to capture the same essence as the novel. Nevertheless, on its own, the picture is a great character study, and some might find it to be an important statement on youth and regret.

The Sense of an Ending is a portrait of a crotchety shop owner named Tony who, after receiving news about the death of an acquaintance, embarks on a mission to retrieve an artifact that is rightfully his. What makes this story interesting is the baggage tied to this artifact and how little Tony knows about it, its significance and, incidentally, himself.

Starring veteran actor Jim Broadbent, the magnetic Emily Mortimer, the glorious Harriet Walter, rising star Michelle Dockery and the illustrious Charlotte Rampling, The Sense of an Ending packs a powerhouse punch of great acting. Director Ritesh Batra allows each one of them to explore the depths of their characters and to bring to life what could have been an otherwise dull drama. 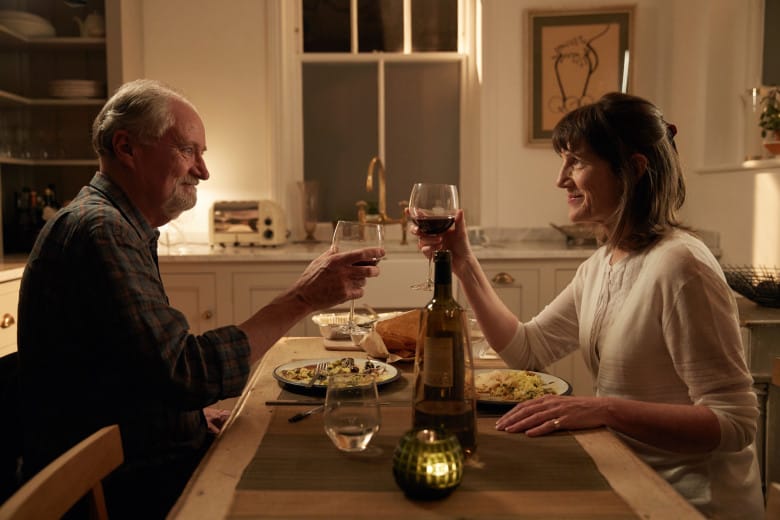 Batra earned some notoriety for his debut feature, The Lunchbox, and his attention to detail is apparent with this film as well. Storytelling through the lens rather than the pen, Batra artfully conveys the importance of objects, lingering on them or offering a close-up without coming off as manipulative or trite.

Working in tandem with his great cast, he skilfully brings us along Tony’s journey, allowing the narrative to unfold with a little suspense and mystery, a splash of comedic levity and plenty of tender moments between the characters. One particularly enjoyable scene shows Tony and his boyhood friends, now all very much older, navigate the Internet together; it’s imaginative and funny and was masterfully acted and shot.

The film does drag at times and underwhelms at others, but it does a fine job of reminding the viewer how we flatter ourselves in our own memories of our lives and how we minimize the effects of our actions on others. Even though this one wasn’t a TKO in my book, I eagerly look forward to Batra’s next project.