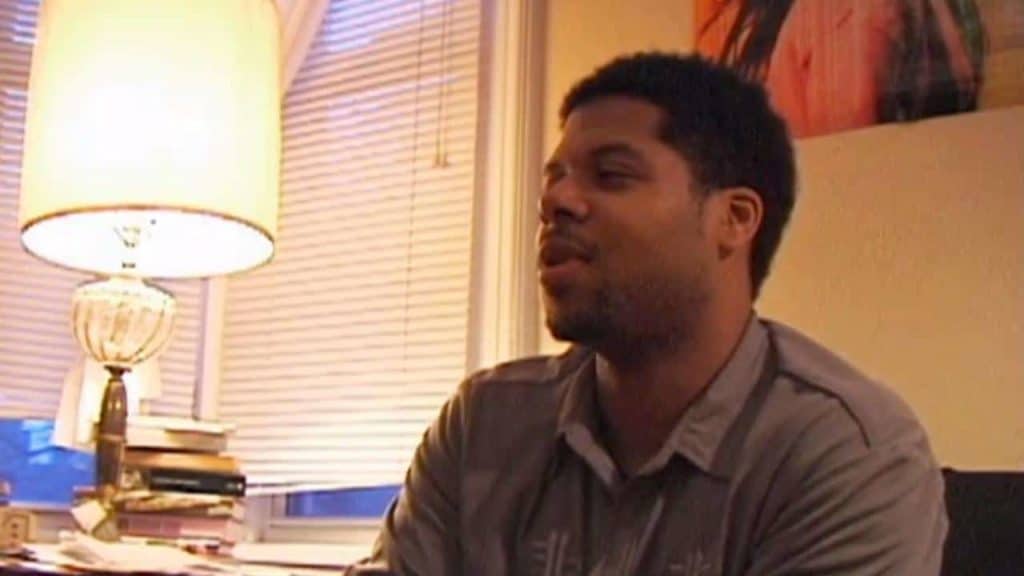 Theodore Collatos’s latest short is one that is positioned as an origin, of sorts, for his upcoming feature-length film, Tormenting the Hen (which I covered here); an influential starting point that informs a certain segment of his feature, specifically, as variations of these two individuals – Adam and Joel – appear as characters in what is, essentially, a stage adaptation of these very conversations while the subject matter and context of their discourse is utilized as a foundation for which Collatos builds off of as it pervades into every crevice of Tormenting the Hen.

What is interesting is the fact that with Tormenting the Hen, it was one of the first times that Collatos had ventured outside of his usual deep-rooted realism into a less realistic realization of reality through creative license and, here, with Adam and Joel, the genesis of the aforementioned film, we find Collatos operating in a distillation of his brand of realism. Practically a fly-on-the-wall documentary capturing two friends and their lively, drunkenslurred discussions on race and the world at large whereupon differentiating Collatos’s influence and direction from unadulterated interpersonal interactions is an impossible task, as well as a moot point, given the apparent aim of the project.

Unpolished and untouched in a way that showcases the real inspiration of a future work; the natural, organic exchanges that lead to creative construction by sparking thought towards examination through art. Adam and Joel exists as a sketch, a study of something larger and more complex (technically) to come yet simultaneously existing on its own merits as a simple film – a mere document – pulsing with a richness of personal experiences and viewpoints. Adam and Joel is the coal, Tormenting the Hen is the diamond.

Take a look at the film below and if you dig it, consider voting for it during this season’s Fandependent Film Festival by heading over to Fandependentfilms.com.


Full Disclosure: Film Pulse is a promotional partner with Fandependent Films, however there has been no monetary gain and all opinions are our own.