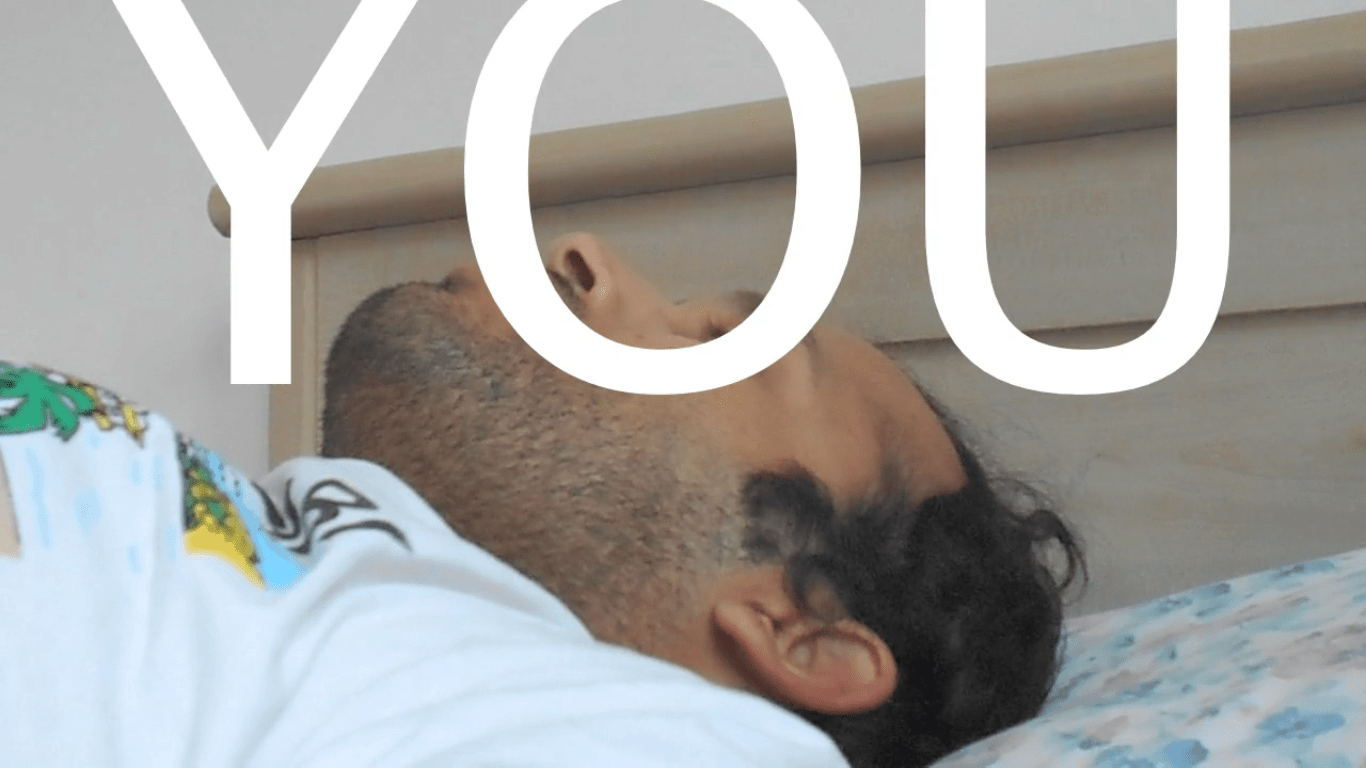 Ahmed Khawaja continues his particular brand of diary cinema with his latest short, You, which is currently available on the filmmaker’s Vimeo page. It follows the day-to-day minutiae of Khawaja’s existence (living in Abu Dhabi, United Arab Emirates) through his signature style of a one-man production team of home video recordings occasionally collaborating with no one; in the sense, that often the point-of-view is that of a non-entity or a projection of his own point-of-view, how he sees himself.

He is a voyeur onto himself, documenting his days spent meandering the city feeding birds or the homebound time with his cats watching Teenage Mutant Ninja Turtles cartoons and Leo McCarey films. Although, his dispatch here is decidedly more melancholic than the usual playfulness that is found in his films. Gone are the PowerPoint text animations and his self-entertaining jocular disposition replaced with a sense of loneliness and a creeping mundanity from the solitude; but it’s not all gloom clouds, Khawaja continually attempts to break through that loneliness by interacting with an occasional stranger or spending ample amounts of time with animals. Although, considering the ending it may not be working.

YOU from ME AHMED on Vimeo.