Shudder has released an official trailer for their upcoming original documentary series Cursed Films, which will get a premiere at SXSW before hitting the streaming service in April. The five-part series goes in-depth with the stories behind notoriously “cursed” genre productions, namely, Poltergeist, The Omen, The Exorcist, The Crow and Twilight Zone: The Movie. It looks fascinating.

The Exorcist episode of Cursed Films debuts on Shudder on April 2nd, followed by The Omen and Poltergeist on April 9th and Twilight Zone: The Movie and The Crow on April 16th.

Cursed Films is a five-part documentary series which explores the myths and legends behind some of Hollywood’s notoriously “cursed” horror film productions. From plane accidents and bombings during the making of The Omen, to the rumored use of real human skeletons on the set of Poltergeist, these stories are legendary amongst film fans and filmmakers alike. But where does the truth lie?

Cursed Films reveals the events that haunted these productions through interviews with experts, witnesses and the cast, directors and producers who lived through the real-life events. Were these films really cursed, as many believe, or just the victims of bad luck and bizarre circumstances? 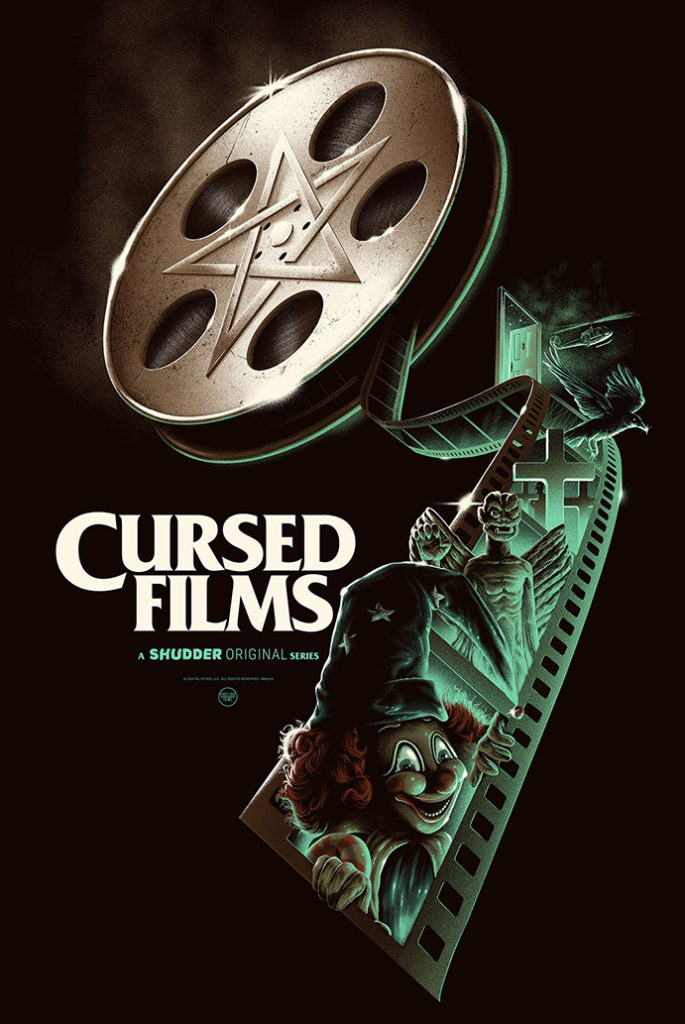