Shudder has released an official red band trailer for Blood Quantum, a zombie film in which hordes of undead besiege the First Nations people of a secluded Mi’gmaq reserve. It’s tough to find an original hook in this omnipresent sub-genre, but Blood Quantum has an intriguing take to go along with what looks like very impressive gore.

The dead are coming back to life outside the isolated Mi’gmaq reserve of Red Crow, except for its Indigenous inhabitants who are immune to the zombie plague. Traylor, the tribal sheriff, must protect his son’s pregnant girlfriend, apocalyptic refugees, and reserve riffraff from the hordes of walking white corpses. 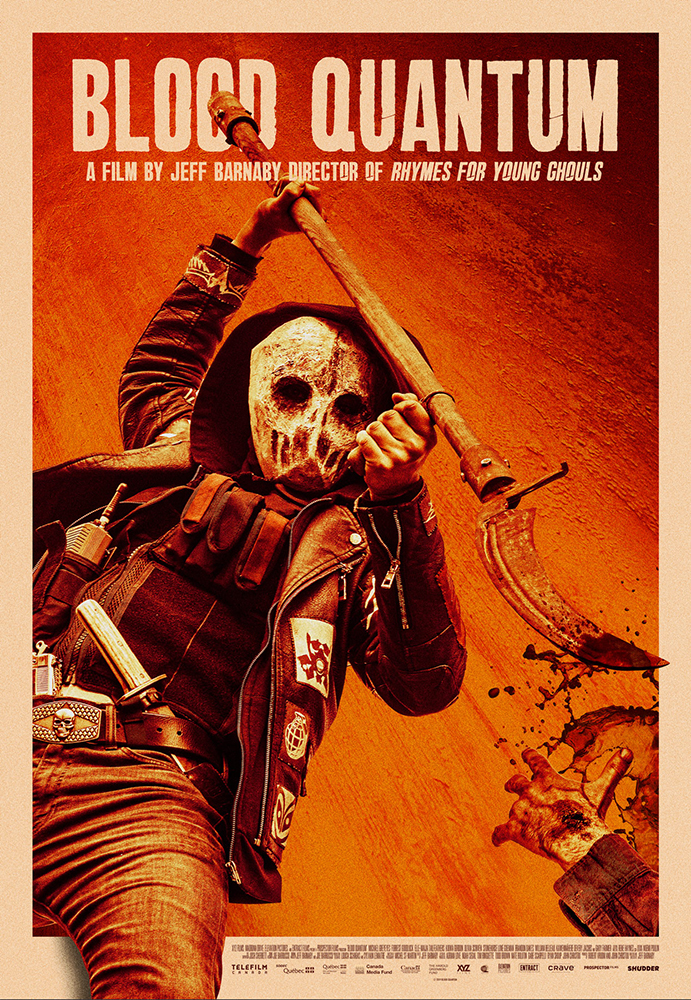