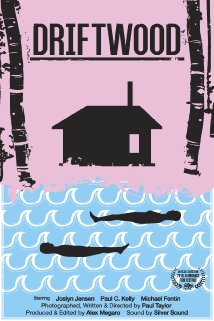 With Paul Taylor being a cinematographer, working on recent releases such as The Winds That Scatter and Wake Me When I Leave, it is not surprising that his first foray into directing would focus exclusively on visuals in order to convey his narrative, ridding the film from the constraints of dialogue effectively redirecting all focus onto the movements and body language of the actors in an attempt to present an unadulterated production of visual storytelling, stripped bare of the extraneous proving the power of purified imagery.

The reasoning behind the void of dialogue within the film’s reality remains unclear; it is a topic that is never broached between characters or from outside forces, neither is it alluded to in any fashion. They either cannot or refuse to communicate audibly; either reason is irrelevant given the fact that they seem perfectly adept at communicating through glances, facial expressions and body language. 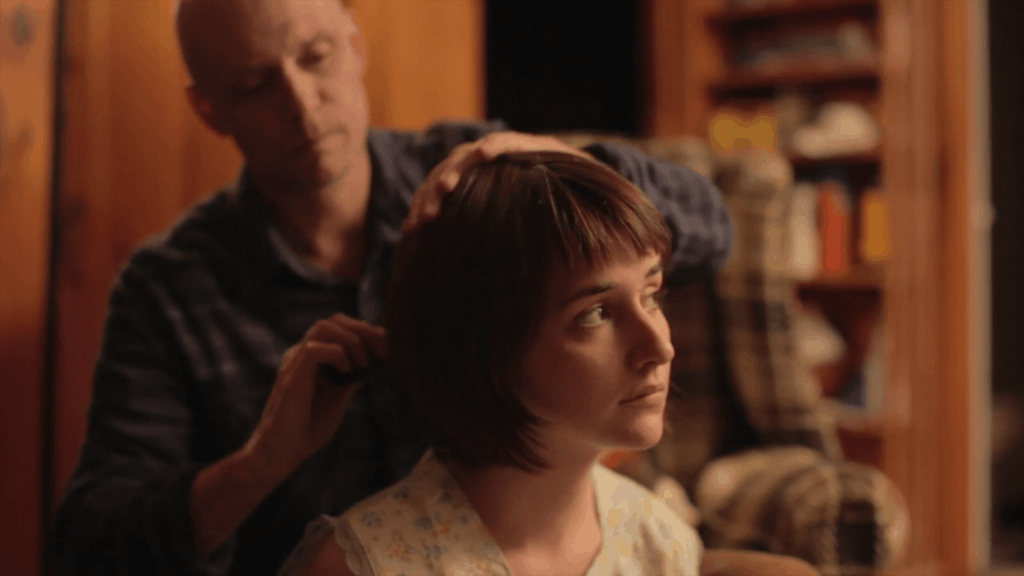 This sans dialogue experiment dispatches with the beneficial aids, as well as the impediments, that one is afforded with including conversation in a script. Taylor’s debut must stand on its own, visually; exclusively with its visuals and it helps that Driftwood is solely concentrated on subtle conveyance; as if communicating in code even in the face of a determined narrative that essentially maps itself out within the first few frames. Or, at least, announces a rough outline of the film’s inevitable destination.

A steady frame housing a camisoled unconscious woman (Joslyn Jensen) jostling about the back of an unknown man’s vehicle (Paul C. Kelly), apparently found washed upon the shore; an introduction that strongly hints toward an array of unsettling instances that are likely to transpire within the duration of the film. Even with this initial persuasion Taylor is able to contort the plotline of their relationship, masking intentions and objectives throughout while the overall emotional landscape of their connection transforms over time. 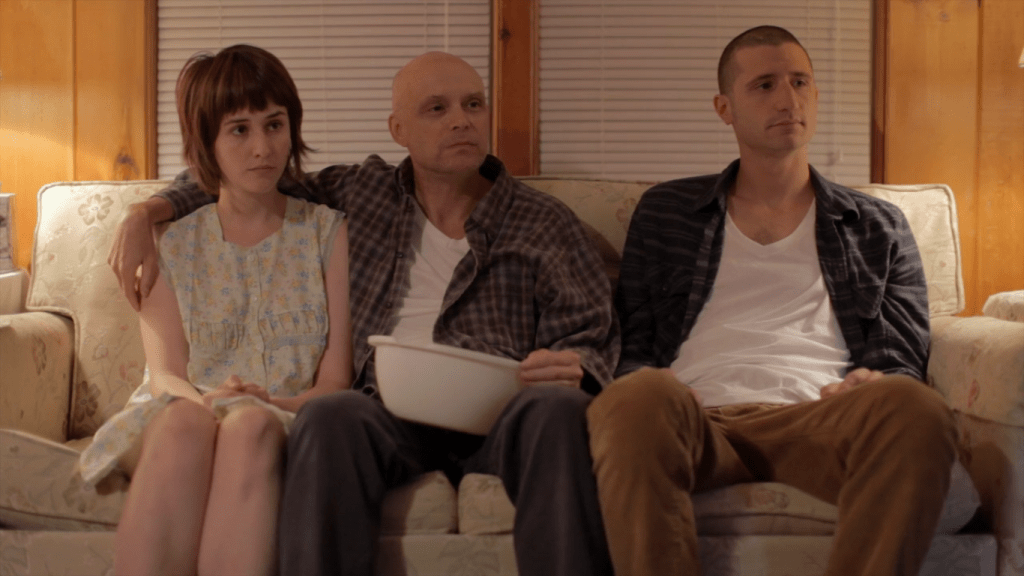 The three actors involved all display a skillful handling of their respective repertoires of emotional subtleties; their facial configurations ably suggest their emotional states as well as their intentions. Whether Kelly is directing himself through frustration, patience and the satisfaction gleaned from stating dominance or Michael Fentin’s later inclusion, a performance that indicates a mind bereft of advancement and/or development, confusion and curiosity contained in a tranquil disposition. Both are able to effectively work around the hindrances of omitting dialogue.

Even more so than Kelly and Fentin, Jensen is tasked with the bulk of the silent emoting as the young woman in a state of acquiescing captivity. She may, perhaps, have a bit of a natural advantage over her co-stars considering the expressive nature intrinsic in the big, doe eyes she possesses (of which, Taylor makes the most of every opportunity filling the frame with), portraying her captive character with the same tranquility as Fentin yet with a little more processing going on behind those expressive eyes. 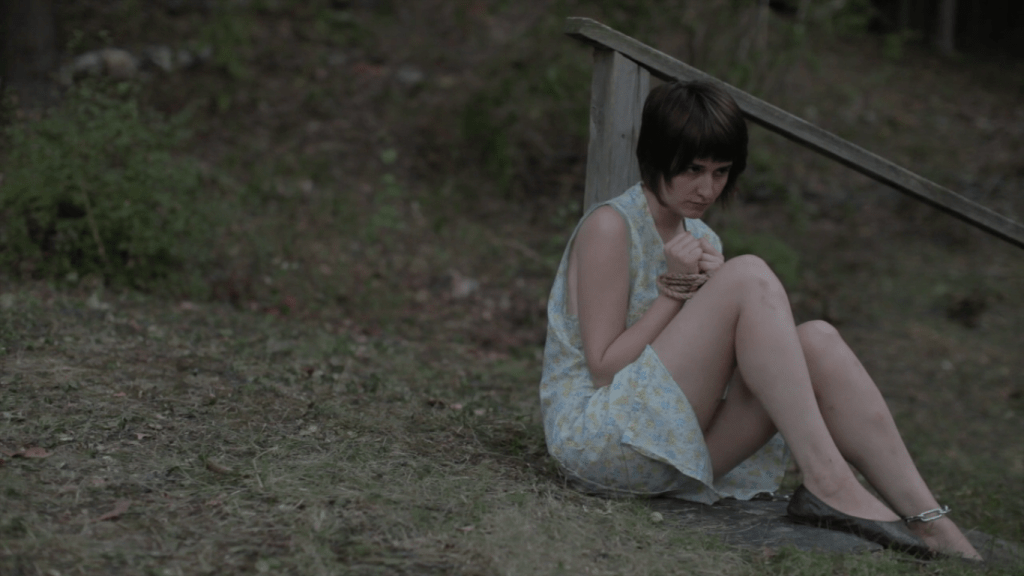 Quite a remarkable feat in that Taylor is able to maintain a certain level of intrigue and mystery throughout the film’s narrative chronology, shifting and weaving the character’s motivations to a create a particular path of unpredictability in spite of the predictable destination sketched out in the implicit outline visuals of the opening frames; seemingly painting himself into corner after corner, Taylor is somehow able to defy expectations, even up until the film’s climax.

A climax that, for all intents and purposes, was foreshadowed so strongly to the point of spoil in the beginning that as we finally approach this culmination it is rendered overly identifiable given its telegraphed nature – a single take stationary with Jensen occupying various depths in the scene. Yet, once again, Taylor is able to take an expected event – an anticipated action whose arrival has been announced steadily – and transform it into the unexpected.