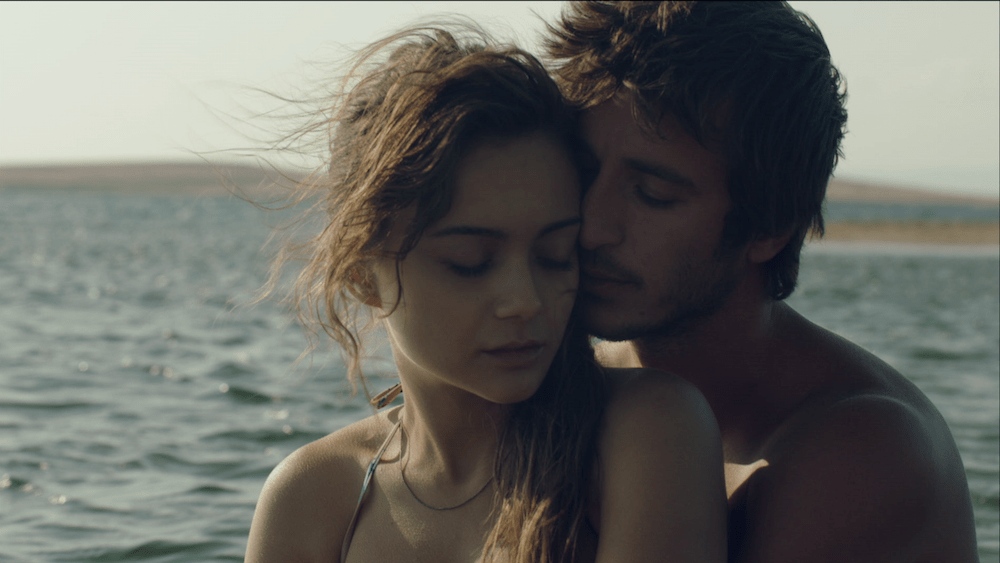 Across the Sea follows Damla (Damla Sönmez) and her American husband, Kevin (Jacob Fishel), as they visit Damla’s family home in Turkey, a beautiful seaside paradise where everyone seems to know everyone else, where small fishing boats bob in the shallow waters and children squeal with joy along the water line, and where there is a dark secret yet to be revealed to its inhabitants.

The Turkish-American directors – both women – do a praiseworthy job of capturing the raw pain and anxiety that most everyone has felt at some point when reencountering an ex lover, but I have yet to see it done this well. With astounding simplicity, one scene in particular encapsulates this psychological turmoil – turning a cheerful, lighthearted family lunch into a dramatic, tension-filled affair boiling just beneath the surface.

The filmmakers take on themes of masculinity, abortion and parental and marital responsibility, but at its core, Across the Sea examines the internal conflict we all must endure when choosing between future lives and the past lives; between the civilized, “adult” world and our carefree childhood cocoons; between responsible life partners and exotic former lovers; and between embracing inevitable change and clinging onto distant memories.

From a time-span standpoint, Across the Sea is no epic. The story takes place over a relatively short period – basically the length of a brief family vacation – but packs in an overwhelming amount of sexual tension. There’s an adequate amount of character development, although the lead characters are not particularly likeable, especially the appalling and unsafe behaviors that a six-months-pregnant Damla engages in early on in the film.

For a brief moment, we fall in love with weathered fisherman and bar owner Burak (Ahmet Rifat Sungar) as he tends to an adorable octopus incident, but his darker side is revealed moments later, leaving us feeling as confused and unsure about his presence as Damla must feel.

There’s no questioning the beauty of Turkey’s sweeping seascapes in this film, and the film is almost worth watching for those alone. The camerawork complemented the beauty of Karaca residence and its surrounding blissful waters, and the hand-held shots pull the viewer into the intimacy of the story.

It was refreshing to experience the agony of a love triangle, not in a clear-winner/clear-loser or slapstick way, but in an honest, painful and confusing way. More than anything else, I appreciated Dağ and Saydam’s treatment of Damla as a protagonist. While Damla was a complicated and frustrating central character to embrace, her desires did not begin and end with marrying a man or becoming pregnant. She chose to move to the U.S. to study and pursue a career in business independently and wanted to keep the life she worked so hard to build.

She was not simply a beautiful love interest who existed on celluloid only for the pleasure or attainment of her male counterparts but an admitted “psychopath” with complex and confusing motivations – a modern perspective for a leading lady.