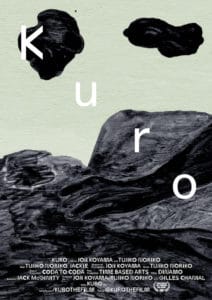 An experiment in narrative storytelling, Joji Koyama and Tujiko Noriko’s Kuro sets out to rethink and/or reappropriate certain modes of storytelling within the cinematic landscape. Its experimentation is as refined as it is all-encompassing resulting in an intriguing film-viewing experience as the imagery and sounds of Kuro (almost) never exist within the same spatial reality, each specific aspect detailing different moments in time, concurrently as an overlay of past and present.

The audible plane of Kuro consists of the film’s main character – Romi (portrayed by Tujiko Noriko), a Japanese woman living and attending to her paraplegic lover in Paris – serving as narrator, reciting reminisces from the early days of their relationship and her work as an in-home caretaker (to a Mr. Ono) back in Japan. At least, there is an assumption that these recitals are indeed reminiscings of a time gone past although the accompanying imagery proves no validity to these words. Is Romi verbally providing her own back story while her presence and movements act out her current existence, or are we witnessing two separate stories unfolding in two separate, sensory, inputs? Likewise, the possibility of the narration being provided as nothing more than a creative fabrication intended to amuse and occupy could be considered as well.

On the visual side of Kuro, images of the present account for much of the film; Romi’s day-to-day obligations of tending to her incapacitated partner, washing and exercising his body, alongside solo evenings of karaoke. There are occasional glimpses into the past, current iterations of past locations, namely Mr. Ono’s residence that seems to have been abandoned, trinkets and belongings left to wallow in seclusion. Again, the viewer is left with the task of connecting the words to the images, the narration continually propagating assumptions in one’s attempt – furthermore, one’s need – to collect these strands of information, to reposition them into a comprehensible order. 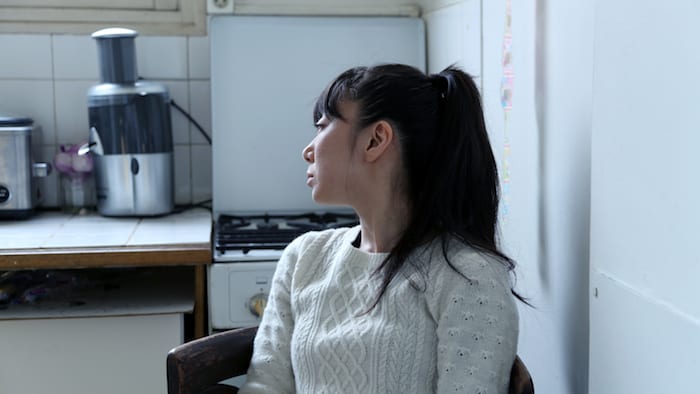 The nature of narrative is consistently questioned throughout, the very existence of the film’s narrative is questionable, at the very least questionable in its connection. Do these recollections of past memories inform the actions of the present and vice versa, the current actions imparting insight on the past? Is there even a connection, does there need to be one? What is the narrative of Kuro? And, does it matter in the first place? Can not the two threads co-exist within the same film simultaneously, free from association or is association inherent and/or inevitable.

As one ponders these perceived suggestions the surface-level construction of Kuro provides enough proficiency to mitigate any lacking of a standard narrative. Noriko’s calming diction soothes, playing out like a book-on-tape, while a parade of film compositions akin to still lifes unfold on-screen, motion from camera or characters gracing our presence occasionally. Majority of the imagery a catalogue of empty spaces; the neglected and deteriorating next to the inexplicably flourishing. A wealth of quiet spaces inviting contemplation.