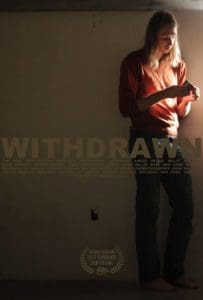 Withdrawn is a fitting title for Adrian Murray’s feature-length debut as nearly every aspect of the production appears to inhabit some form of withdrawal within its process. Granted, the title seems to directly refer to the specifics of the film’s narrative regarding a young man plotting to withdraw funds from someone else’s misplaced credit card, but it also extends itself outward, permeating every inch of the film’s fabric.

Again, in regards to the plotline, the title’s usage is appropriate for obvious reasons. Although, it also doubles as a misdirect in the sense that the film is hardly about a young man with deficient funds scheming to defund a credit card company through stolen identities. In fact, the actual screen-time devoted to these endeavors account for approximately one-eighth of the film’s runtime (when the various scenes are accumulated). So, in terms of plotline it should be noted that the film doesn’t necessarily have one, more so a following of the day-to-day minutia of a penniless laze-about.

Aaron Keogh, the actor tasked with portraying this penniless laze-about, is not given many opportunities to flex his acting muscles or showcase any range given the material, but he does deliver a serviceable performance that fits nicely with the rest of the film. There is a dichotomy to his character, oscillating between a withdrawn introvert in certain situations and a loquacious man of energy and ingenuity, that exposes itself when considering the stakes of the interaction as his gift of gab only makes an appearance if it will benefit him in any way, in garnering whatever object and/or service he needs/wants in that moment or to elucidate how he procured said items. He can be seen as a man withdrawing from societal expectations and, perhaps, even from any perceived potential others see in him. 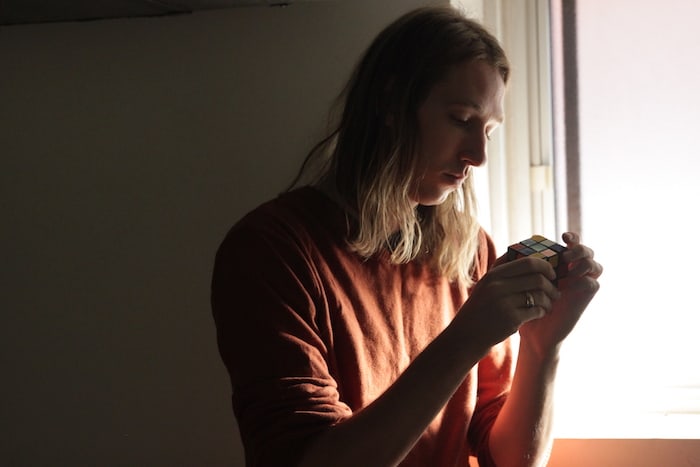 The cinematography from John Palanca is consistently withdrawn as well with Murray choosing to frame not only the majority non-action from a distance within the confines of Aaron’s apartment but also when our main character ventures outdoors. A sequence of static shots of varying lengths, yet all leaning on the long side, unfolding for 73 minutes, the bulk of which consists of Aaron attempting to solve a Rubix cube; the camera always at a distance, from a position of not occupying the same space as its focus. When indoors, its place can be found in the adjoining hallways with the occupants framed by entryways. While outside shooting primarily takes place across the street or with the glass of an establishment acting as a partition between camera and subject(s).

Murray does well in communicating these ideas of withdraw throughout numerous facets of the film; the lack of music, the lack of movement from the actors and the camera, and the distance felt in the cinematography all work together in harmony to highlight the film’s theme. With that being said, the theme in question is devoid of any exploration; nothing appears to be posited, nothing presented to provoke rumination, it is a fruitless harmony begetting little of interest. From an execution standpoint there is a lot to appreciate and respect in Murray’s debut; but in the end, the narrative at its core (and lack of exploration therein) is far too vanilla for the aspects of execution to overcome.