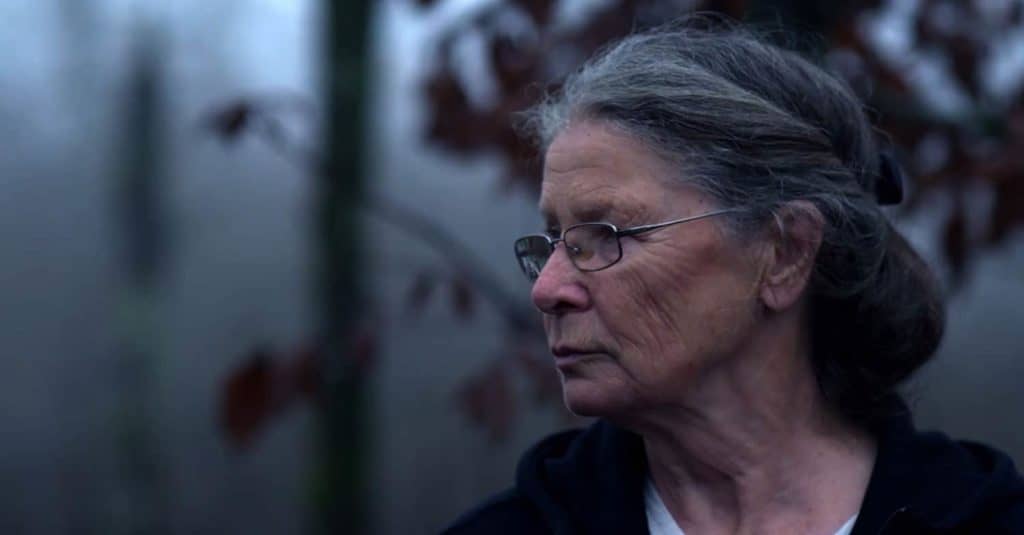 Large portions of Ingrid are devoted to watching its titular subject work. At 74 years old, she lives alone on a farm, and the camera pushes in on her looking after the animals, making artwork from rocks and taking occasional trips into the nearest town for supplies.

It’s a gently mounted series of observational moments, less of a congealed, thesis-based documentary and more of a video diary. The reason that director Morrisa Maltz has taken interest in Ingrid Gipson is her life story. A German immigrant in Texas, she was a locally famous socialite in 1980s Dallas, but after a divorce, she decided to go off the grid, move away and become self-sufficient.

The question of why she would trade a comfortable urban life for a rugged, rural alternative is always existent but rarely elaborated on. At almost an hour in length, Ingrid is not quite a short film and not quite a feature. Its approach mirrors this in-between status.

Perhaps it could have something to say about Gipson’s radical transformation or maybe it will just allow her own comments and thoughts to hang in the air. The movie introduces the seeming impenetrability of it all early on but saves lengthy service to Gipson’s answers until the very end.

Until then, Maltz keeps us focused on goats, streams and trees. Even a possible segue involving the creativity in making art from stones is only mildly jostled with as a window into the project’s ostensible focus.

Such a relaxed mood mirrors the deliberate, routine pace of Gipson’s life. The movie is clearly fascinated by her, and a Malickian employing of nature sounds and images to accompany her voice-over monologues adds surefire reverence. But Ingrid is too stuck in the will of its own suggestions to break through.

The idea of an individual shunning success in fashion and society and pursuing its polar opposite is inherently engaging. To match, Gipson is depicted as a headstrong, introspective woman. Yet the film isn’t as clear or decided.

To make it shorter would give us a crisp glance at her life as is and provide something to ponder. To make it longer would mean expanding upon Gipson’s few autobiographical comments, creating a full-circle profile. Either one would feel a great deal more fluid than what’s given.