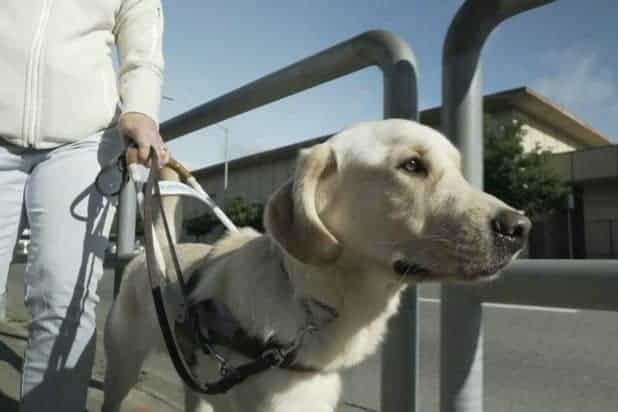 Anyone on a college campus in the past two years will have seen a consistent increase in the number of students working with puppies that are training to be assistance dogs. It’s so common that it moved from cute occasional occurrence to easily ignorable occasional annoyance. Nevertheless, cute dogs routinely get stopped on the street, in cafes and in classrooms because people love cute cogs.

Pick of the Litter is 2018’s Kedi, exploiting the inherent cuteness of these small animals to hack human emotional instincts. This film follows a particular litter of puppies being trained for individuals with vision impairment. Each of them has a name that starts with P, like Patriot, Phil, and Poppet. The film follows them from birth through to “graduation,” at which point they become official guide dogs.

The film also spends a lot of time on the dog trainers’ emotional attachments as their dogs are moved on to different trainers or removed from the training program altogether. New trainers are introduced as the movie continues, and you gain a sense of time through the dogs’ growth in size.

Each stage of life they go through challenges and tests them to make sure that they are suitable for assisting the visually impaired, and the training is very rigorous. The film gives you a great sense of how much work goes into training one of these dogs and why all that training is so important.

However, Pick of the Litter doesn’t go anywhere particularly interesting or new, seemingly more interested in the conventional human-pet melodrama than exploring anything deeper. That being said, I have a hard time faulting this movie for convention when the convention works for all its intents and purposes.

I need to admit something; I don’t like dogs. I have an intense fear of dogs that has resulted in my general distaste for canines. This means that I was probably the wrong critic to review Pick of the Litter as it was likely never going to be my favorite movie.

There are plenty of moments in this film that could provoke tears from dog lovers. The film is emotionally manipulative in all the best ways, and I doubt that the fact that it didn’t work on me doesn’t mean that it won’t work on you.