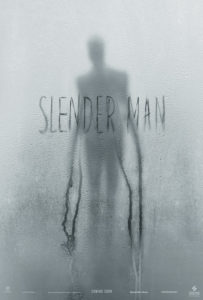 Slender Man is exceedingly thin in plot, character, craft, expansion of its viral internet roots, and is most lightweight where it matters most. There’s no fun in this dour exercise and scares are non-existent as the film haphazardly assembles various tropes and repetitive nightmare imagery into 90 minutes of weariness.

The character of Slender Man was given life in 2009 as a meme on horror fiction site creepypasta. Created by Victor Surge, who gets a character credit on the film, the mythology of the supernatural humanoid with freakish spindly limbs and a blank white face has been developed online for nearly a decade. There are some genuinely eerie Photoshops and YouTube creations showing the black-and-white suited figure stalking children before abducting them for reasons concerning other planes of existence, or ritual sacrifice, or something. Details vary.

The myth was also allegedly a factor in a horrific real-life Wisconsin stabbing involving three teen girls, which is chronicled in the decent 2016 documentary Beware the Slenderman. This case could make a few-years-later narrative feature feel a little distasteful, but Slender Man is far too flavorless to cause a big stir. Some theaters around Milwaukee won’t show the film, and it likely won’t be showing in any theaters after a few weeks. It is destined to be forgotten along with other similar “Man” movies Boogeyman and The Bye Bye Man, which also focus on dull monsters. 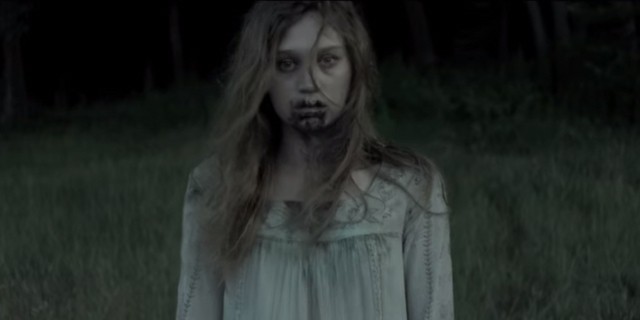 In Slender Man, the cyber phenomenon is brought to a generic small, sad Northeastern town. High school friends Wren (Joey King), Hallie (Julia Goldani Telles), Chloe (Jaz Sinclair), and Katie (Annalise Basso) decide to playfully conjure the beast one boring evening after hearing details from classmates and investigating online. After a ritual that’s part Candyman and part The Ring (with flashes of weird imagery moved from VHS tape to a laptop), the girls have reactions varying from nightmares to physical sickness. When the most nervous among the bunch goes missing, the other three girls learn more about Slender Man than they bargained for.

Or they sort of learn. There’s really nothing to glean from the story of online obsession or legends brought to terrifying life; any new developments feel like they’re just being made up on the fly by a string of random Reddit commenters. There are a few details from screenwriter David Birke that work, including framing the scary figure as a Pied Piper of sorts, courting miserable children and offering an escape from their depressing existence, but none of those threads are successfully expounded upon. The notion of this legend poisoning the group’s friendships and families doesn’t go anywhere of interest. Instead of real anxiety we get straight-faced lines like, “It’s like a computer virus that infects your hard drive, except the hard drive is your brain.” 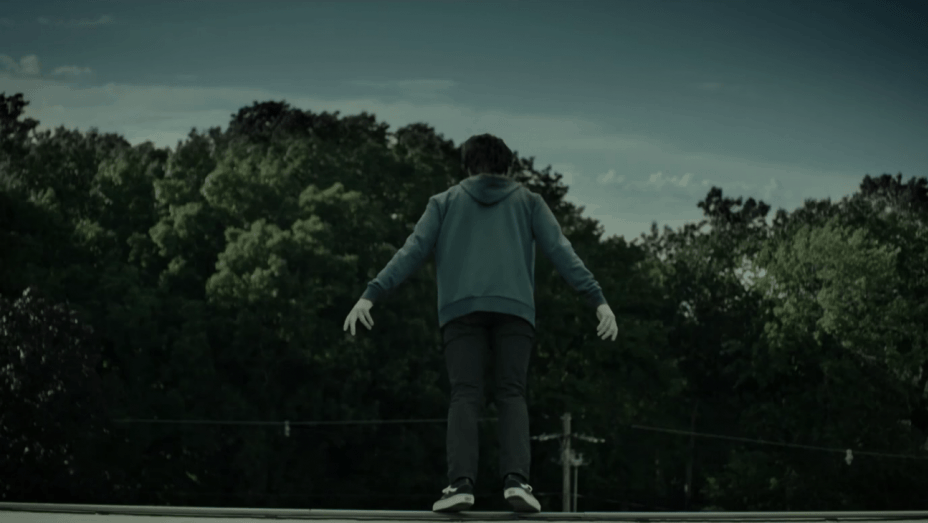 Most of the details are simply dictated to us via blunt dialogue and from the tired device of a mysterious online chatter who knows what’s going on. By the middle of the film, they even completely ditch this mechanic and just recite all of this unseen person’s knowledge through one of the girls, who apparently is constantly interacting with this person offscreen. It’s hard to build suspense when we’re just being told things over and over and not seeing much to react to.

Much of the film is quite literally difficult to see. The constantly dark cinematography is more maddening than moody, obscuring most of the terror sequences in a way that’s not frightening at all. Oftentimes in horror it’s what we don’t see that’s scary, but here the barely seen jump scares don’t register and what little we do see is just as benign. In a few brief moments the obscurity fits thematically and works visually, with long distorted shadows being cast by the characters as they walk down a dark alley or growing on walls behind them as they’re entranced by the glow of a computer screen. 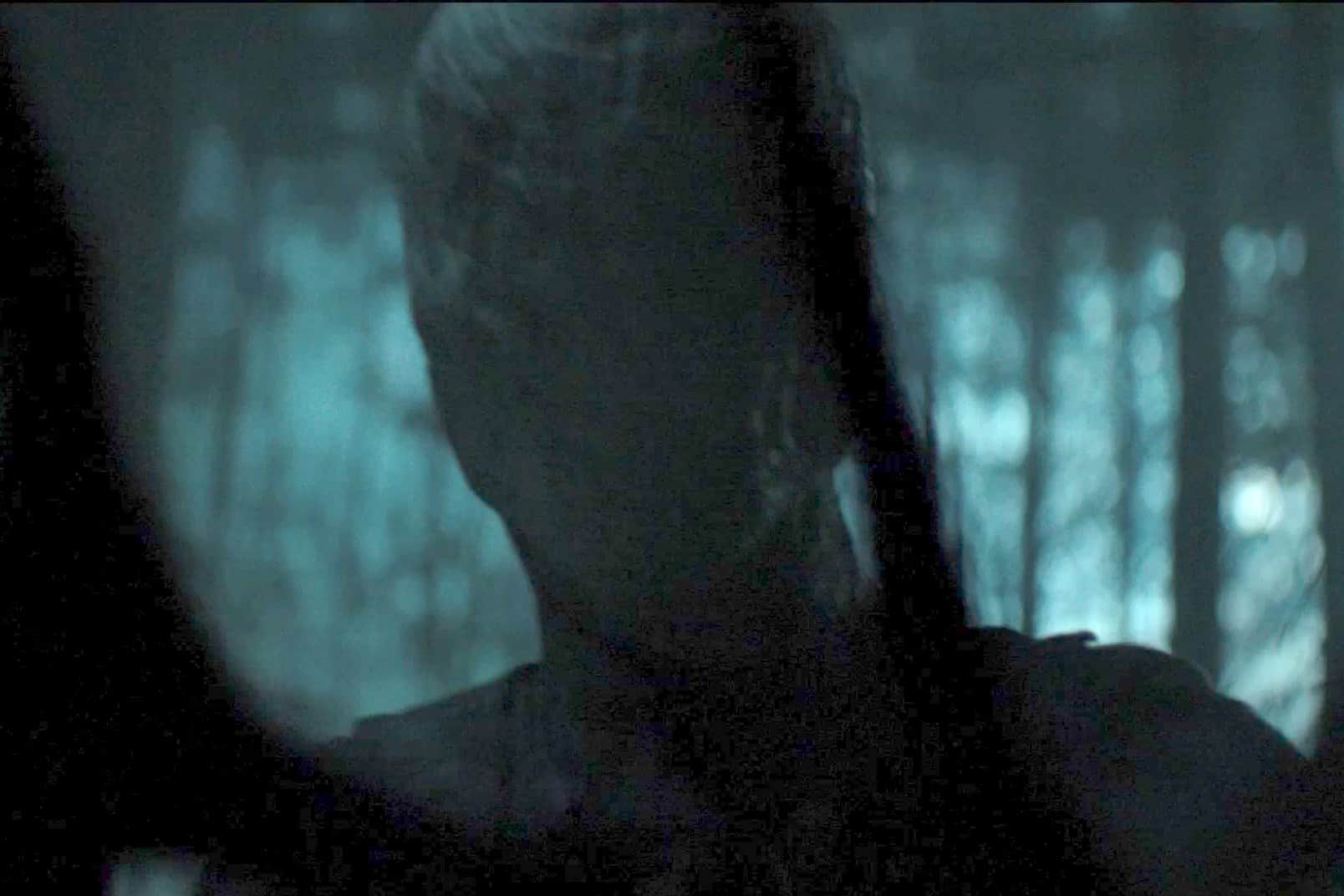 The idea of creeping dread is also represented well by few soundtrack notes – the noise of creaking branches and unnerving distorted bells before Slender Man’s (shrouded) appearances – but there’s just not enough meat on the bone to sustain this feature-length campfire story. Whatever you can find online about this character, which may lead to one of those marathon internet rabbit holes, is sure to be far more interesting and evocative that what you’ll find in the theater.