Netflix has released an official trailer for Ultras, a drama that follows a group of Italian soccer fanatics as the championship approaches. The debut feature from writer/director Francesco Lettieri, Ultras stars Aniello Arena, Ciro Nacca, and Antonia Truppo. The film hits Netflix on March 20th.

The life of Sandro (Aniello Arena), the leader of the Apache ultras group, arrives at a crossroads after he is denied access to his second home: the stadium. The last weeks of the Italian championship are marked by his relationship with Angelo (Ciro Nacca), a young boy looking for a mentor, the wonderful and tough Terry (Antonia Truppo), and by the search for his place in the world. Ultras, the first film by Francesco Lettieri, will be available on Netflix from March 20. 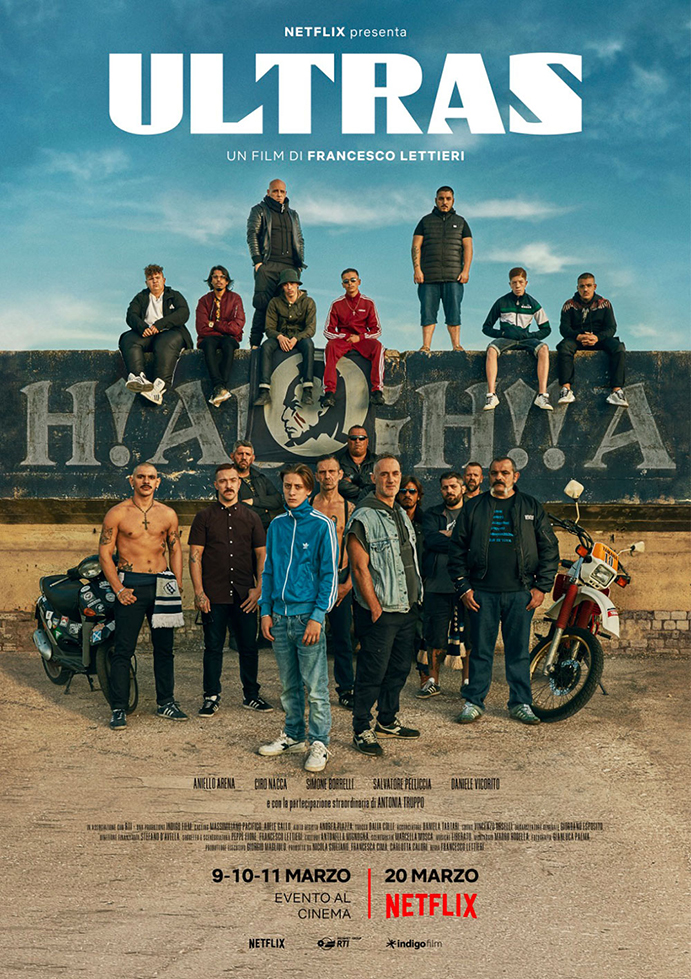