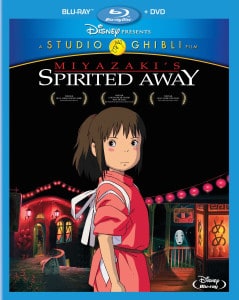 *Review score based on quality of the product and not the film itself.*

If you’re not yet familiar with Japan’s Studio Ghibli, then Spirited Away – its 2001 animated tale about a young girl named Chihiro and her fantasy adventure – should be your introduction.

Hailed as the most successful film in Japanese history, this Academy Award winner is a glorious visual experience from the mind of one of the most important names in animation, Hayao Miyazaki. It has been released for the first time on Blu-ray, thanks to Disney, which holds U.S. theatrical rights to all of Studio Ghibli’s films.

If you managed to get your hands on a copy of Spirited Away from its prior release (considering more than 2.4 million copies were sold in Japan alone), you may have already had the privilege of watching many of the special features available once again on the recent the Blu-ray/DVD combo from Disney. These include original Japanese trailers and TV spots for the film, interviews with the cast and filmmakers, a behind-the-scenes look at how the film was made and – perhaps most impressive of all – a brief look into the mind of the now-retired Miyazaki, who conceptualized, illustrated and oversaw the production of the film personally.

It’s been more than a decade since a fairly subdued release of the English-language adaptation came out, so fans of the film may be itching for a high-definition version to pop into their home players. And while it was nice to see the inclusion of the original DVD/VHD features from 2002, there are very few new additions to this release, a major let-down for those who may be eager to learn more about the film, its cast or its legacy, since its original theatrical release nearly 14 years ago. 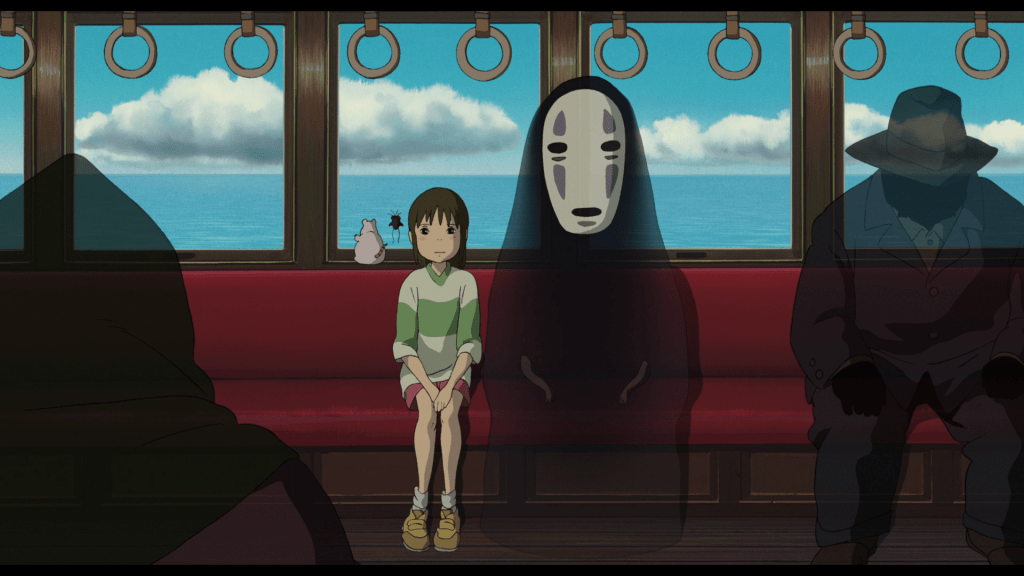 It was interesting to see Daveigh Chase (Lilo & Stitch, Donnie Darko, The Ring) – to whom I had been acquainted as the brilliantly conniving polygamist, Rhonda Volmer, from HBO’s Big Love – as a young voice actress, talking about the challenges of matching her dialogue to the motion of Chihiro’s lips, which were of course originally animated to express Japanese words.

We also meet the English-language writing team of Cindy and Donald Hewitt, who worked meticulously – often involving Studio Ghibli staffers themselves – to ensure a precise language translation and seamless dubbing for English-speaking audiences. This is no small feat when considering what it takes to craft a word-for-word conversion of the dialogue that must come into flawless alignment with the original characters’ mouth movements.

Overall, the Blu-ray/DVD combo is a great purchase if you’re looking for a copy of Spirited Away in top form, but if you’re expecting the hefty doses of special content Disney usually adds to its new releases, you will be left quite disappointed.