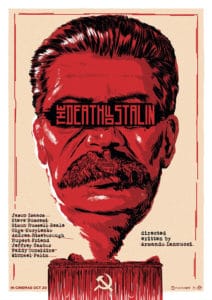 There’s a film called The Death of Stalin, and it’s funnier that you might think. Having premiered at TIFF 2017, The Death of Stalin boasts a tight script delivered by a very capable cast in the hands of a seasoned satirist (Armando Iannucci).

Setting the tone for the movie is a glorious opening sequence, featuring a frazzled and neurotic theater director (Paddy Considine) and his aloof, straight-faced sidekick (Tom Brooke, playing a character similar to that of his role in Preacher). I could have watched a full film with just these two and their phone.

Speaking of phones, Iannucci isn’t terribly concerned with historical accuracy (e.g. button phones vs. rotary) or continuity (e.g a nonsensical blend of American/British accents). But no matter, what’s notable here is the strength of the cast, not only in their comedic timing but also in their nuanced expressions, as well as the skillful directing and editing, which highlight the strengths of these thespians and their sharp-witted script. 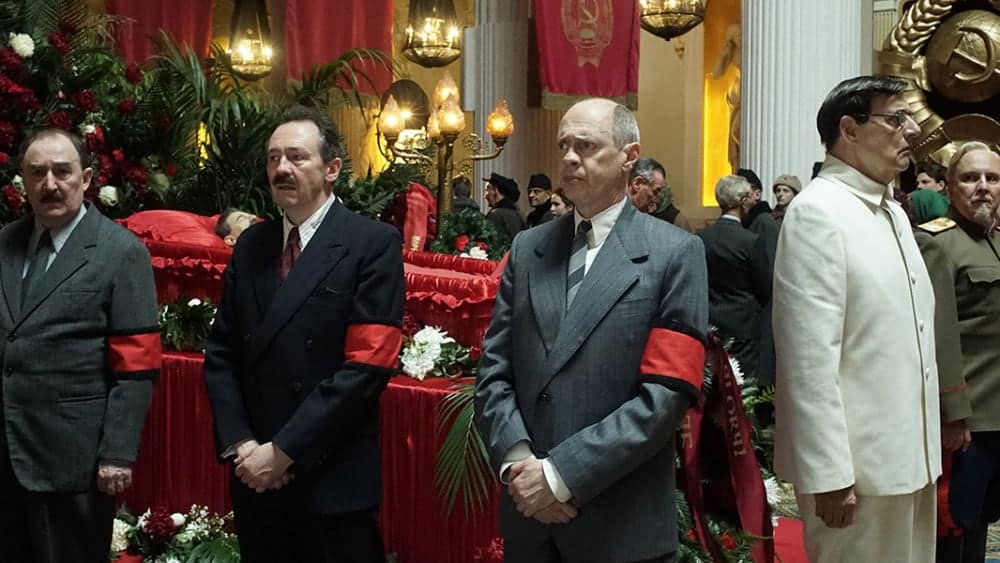 Some of the early gags about the vileness and limitless wrath of Stalin’s cabinet are as dark of comedy as I have seen, with some jokes even causing me shift a bit in my seat. The comedy is so dark at times that the line between the levity and the true terror is often blurred. 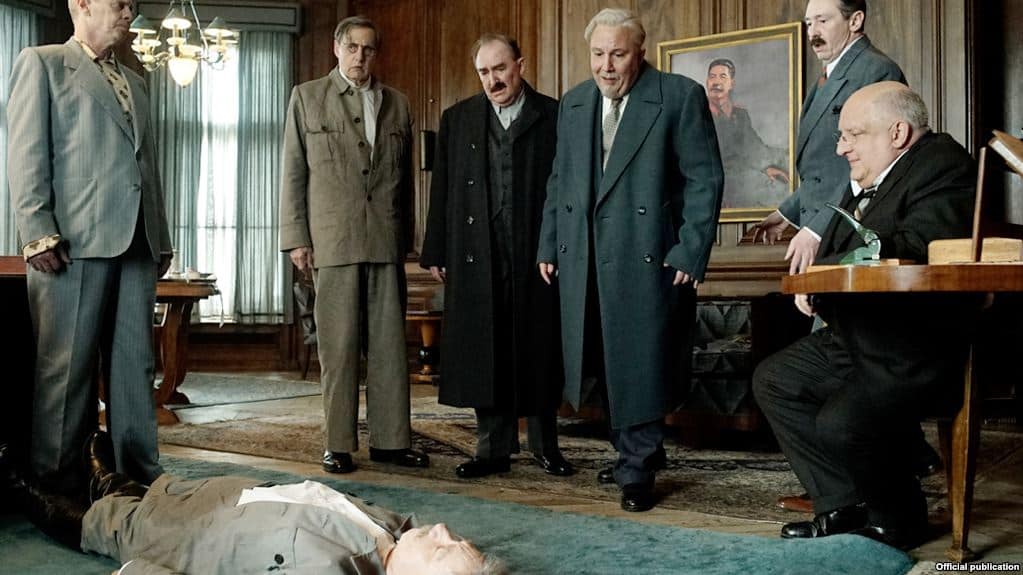 Jeffrey Tambor – who plays Georgy Malenkov, the bumbling deputy to Stalin who is next in line to lead the empire – delivers a knock-out performance, as does Jason Isaacs as the state’s macho military general and other “Georgy,” Zhukov.

The film’s high-brow, blink-and-you’ll-miss-’em gags blend seamlessly with the visual humor and physical bits. If you’re a fan of HBO’s Veep, you will have a sense of what to expect with Stalin. This is my kind of humor, and I give this one high marks for direction, performances, editing, writing and score, which combine to make a great little gem of a film.