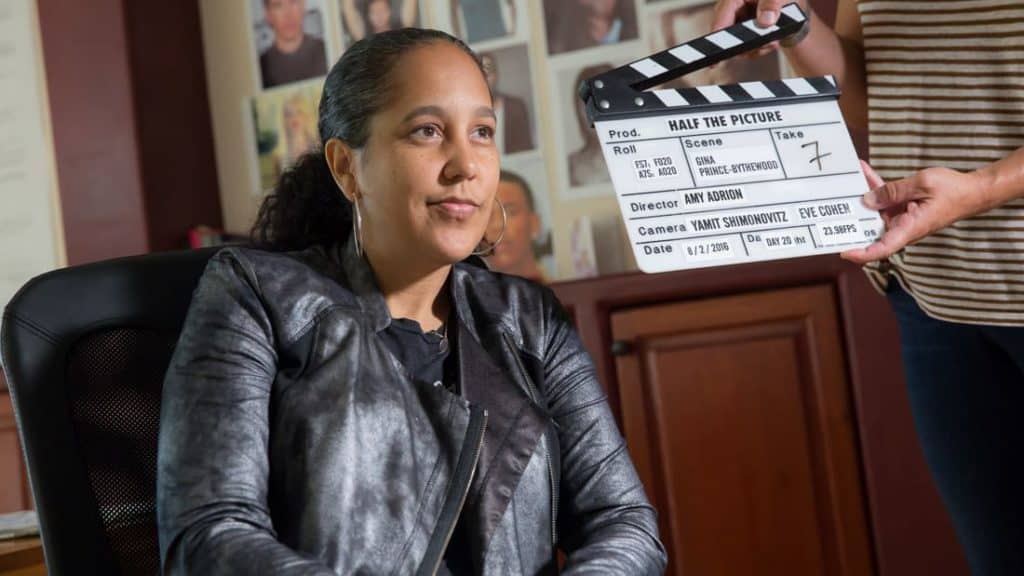 Half the Picture, a documentary from director Amy Adrion about the lack of women directors in television and feature films, centers on the male-dominated entertainment industry from the perspective of some of the women who have struggled to realize the same professional success that their male counterparts have.

Assembled mostly from interviews with women directors, including Ava DuVernay, Sam Taylor-Johnson, Kasi Lemmons, Catherine Hardwicke, Penelope Spheeris and Karyn Kusama, Half the Picture explores the double standards, sexual harassment, tangible and intangible roadblocks and deep-seated sexisim in the industry. In an era when workplace harassment and pay equity, especially among women actors, are grabbing daily headlines, this film comes at a very timely moment for Hollywood.

While arguments will be made that female directors are more successful today than ever before in the wake of last year’s Wonder Woman (Patty Jenkins) and this year’s A Wrinkle in Time (DuVernay), Adrion shows how women still make up a miniscule percentage of those who are ultimately selected to direct major motion pictures and television pilots.

While not really covered by this film outside of a casual mention about women having more speaking roles when there are women directors, ageism against women who work in front of a camera and the dialogue imbalance between male and female characters are two of the many issues that could have easily had their own, dedicated docs.

This film also skims the issue of how the systematic exclusion of women’s voices from these major films — often centerpieces of our collective, global, cultural psyche — changes our viewpoint and makes us less empathetic to women. I wish the filmmakers had spent more time on the topic of why it’s important that women’s perspectives, by way of storytelling, be shown in major films and television shows.

There was some discussion about human rights and about the disparity from an employer/employee/workspace perspective, which is unquestionably important, especially in this heightened “#metoo” sphere, but I would have liked to have seen more in-depth discussion about why women should be leading our collective discussion through the camera lens for reasons other than they tend not to capture “the male gaze” as profusely.

Aside from a few animated title cards and clips of the directors, it’s not much more than a talking-head style documentary. It seems that this is also a lost opportunity to show more of their bodies of work or to show them in action on sets. Further, I was left with no call to action, aside from “hire more women,” which I have no ability to do.

As a critic I can monitor my own biases and can make an extra effort to fairly review films directed by women, but I like to think that I do this already. This is why it is especially difficult for me to say that I am not a big fan of this movie; really, I wanted to like this film.

The score left much to be desired, and the content simply wasn’t presented in an extraordinarily compelling way, aside from a few great comments from the interviewees that drew out a much-needed chuckle from us audience members. If I were a movie studio exec, this may have spoken more to me, but frustratingly, I felt as if I was simply watching a series of cable news interviews, instead of a stand-out Sundance doc.

2 Responses to “Sundance 2018: HALF THE PICTURE Review”