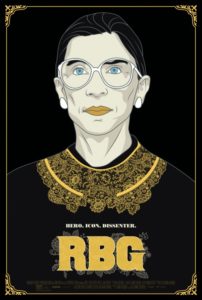 As the daughter of a woman attorney, I don’t remember a time that I didn’t know the name Ruth Bader Ginsburg, the Supreme Court Justice and second woman to serve on the highest court in the land. But it wasn’t until my recent viewing of the film RBG that I felt that I had a much fuller picture of the octogenarian’s extraordinary life.

“RBG” is shorthand for “The Notorious RBG,” a moniker lovingly given to the badass Brooklyn-ite for her work on legal cases throughout her accomplished career. Directed and produced by Julie Cohen and Betsy West (and reportedly just picked up by Magnolia Pictures and Participant Media), this doc touches on the half dozen or so gender-related federal cases that paved the way for women’s equality in the U.S.

Some of the funniest and most endearing scenes show the 84-year-old RBG watching Saturday Night Live’s Kate McKinnon portray her as a tough-as-nails, no-nonsense, not-even-close-to-kicking-the-bucket superwoman who is way too full of herself. The real-life RBG is in fact more on the demure side and prefers to find consensus with her colleagues, but she is absolutely unwavering (and arguably at her best) when she’s fighting for the rights of the disadvantage against “the tyranny of the many.” 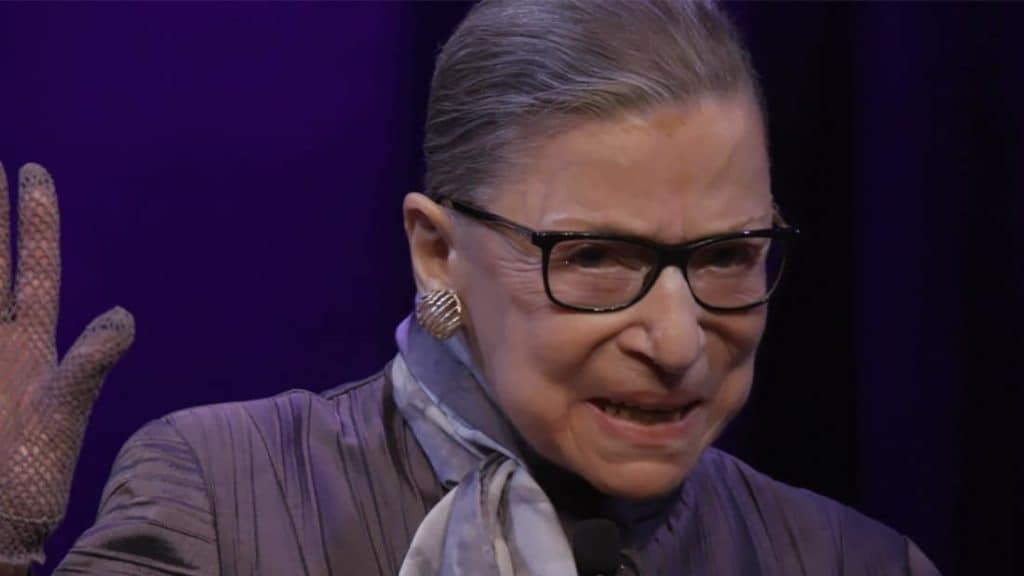 Cohen and West take a non-linear approach to telling RBG’s life story, interspersing both old and new interviews and testimonies with file footage and home videos, and they punctuate major milestones in her life with benchmark cases and political movements. The film’s score conveys tension and joy where appropriate, elevating the dialogue on an emotional level without feeling as though it’s pandering to us or too cheesy.

It’s great to see a Supreme Court Justice’s life outside of the Court and to learn about what she does when she and her colleagues are not deciding the future of our nation, but I don’t say this lightly: every American woman, no matter what year she was born, ought to learn about RBG’s legacy so as to better appreciate the rights that we have and how they came to be.

For both men and women, watching this film is a great way to start because it paints a detailed picture of this short-statured, unassuming woman whose intelligence, demeanor and love for her country and its people led her to construct one of the most impressive and unprecedented legal strategies to date.