A new teaser trailer has been released for PG (Psycho Goreman), which looks like a fun and wild ride filled with monsters and carnage. In the film, siblings resurrect an ancient alien in their backyard. While they can control the beast with a magical amulet, its awakening also attracts a number of alien assassins to their small town. Practical-effects-fueled mayhem ensues.

Siblings Mimi and Luke unwittingly resurrect an ancient alien overlord. Using a magical amulet, they force the monster to obey their childish whims, and accidentally attract a rogues’ gallery of intergalactic assassins to small-town suburbia. 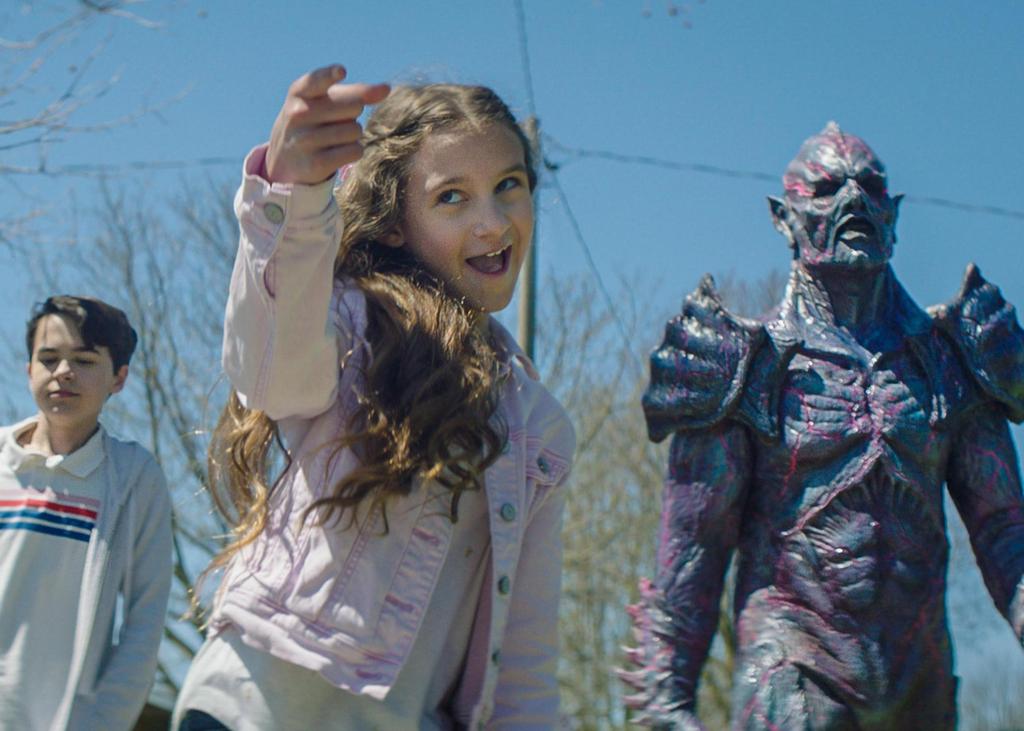