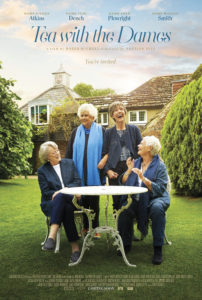 They say that one of the keys to editing dialogue in a movie is to examine how we follow conversations in real life. Although we keep our attention fixed on the person talking, we scan the faces of others to gauge how information is being received and look to people being mentioned to prepare for their response. It’s not something we’re taught to do, but it’s easy to recognize when it’s emulated well.

A movie like Tea With the Dames, a documentary consisting almost entirely of filmed conversations, depends heavily on editor Joanna Crickmay’s excellent work at sifting through director Roger Michell’s multi-camera setup. Of course, the people Michell films – Judi Dench, Maggie Smith, Joan Plowright and Eileen Atkins – provide all the artistic credentials that the project ever needed. The storied, revered professionals gather at Plowright’s picturesque country estate and regale each other with stories of their careers, comparing and contrasting their experiences and how they view their craft.

Therefore, the film’s greatest asset is its ability to convey the lively spirit of the conversations without feeling selective or artificially emphasizing points, beyond spare bursts of archival footage or the occasional question posed from Michell himself. The women joke about the continual presence of the film crew, but they find it something of a charm. After all, it’s not as if they plan for this meeting to be any different than usual.

Even though Plowright has retired from acting, all four friends are fixed on contributing to the world as actively as possible and not getting bogged down in dreary obsessions over aging and mortality. Among the film’s funniest sequences is when Smith recalls her bewilderment after being incessantly questioned by a fellow veteran actor over how often she thought about her funeral arrangements. 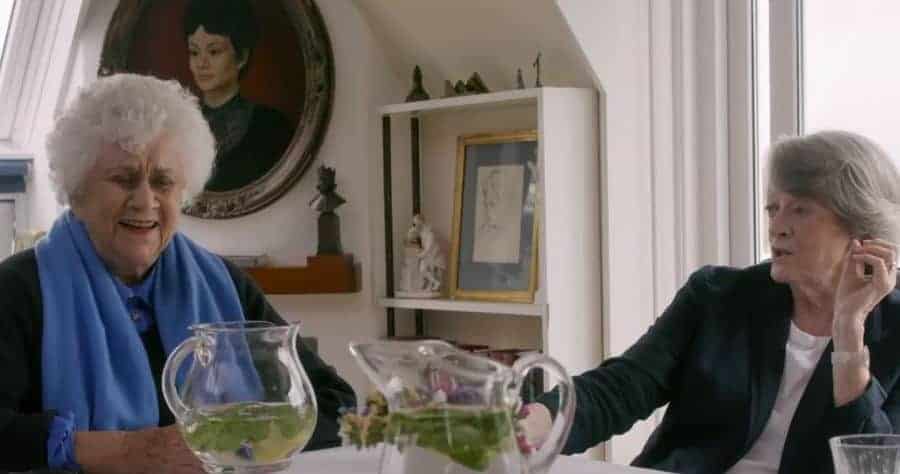 Indeed, even as the conversations reach far back into each of the participants’ earliest days in the theater, there’s a spritely texture to it all. They evoke anecdotes with fresh energy and active fascination at life’s sprawling journeys. Even the moments that would seem the most outwardly inaccessible to the audience, like a lengthy discussion on the ceremonies in which they were formally made dames, carry the same breeziness as ones about how they avoid reading reviews or how they deal with the differing expectations of performing on stage versus on a film set.

Tea With the Dames steers clear of any genuinely heavy or serious subject matter, but it hardly needs it to justify existing. It feels like a privilege to merely watch them all in the first place. The film moves at a consistent pace, and I wouldn’t have complained if it were longer. But there’s also an aspect of self-containment at play, as Mitchell captures the delights and understanding of friendships forged over many years. 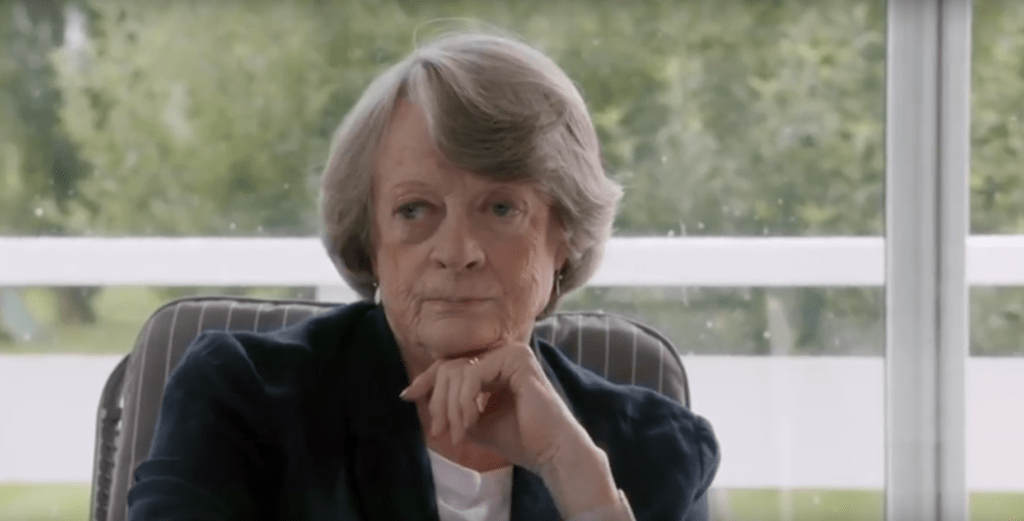 That it happens to be between such accomplished and recognizable artists means that we don’t need lengthy introductions for this experiment to take form. In other words, it’s a comforting experience of the highest order. And beyond the banter, there’s something enveloping about the setting itself, as if nature also played into the carefully guided excursion through the lives and work of these women.

The room in which most of the talking takes place is above the grounds of Plowright’s home, adorned with white paint and floor-to-ceiling windows. As their conversation progresses and moves between topics, both observational and philosophical, a gentle summer rain falls on the grass, reaching far into the horizon.