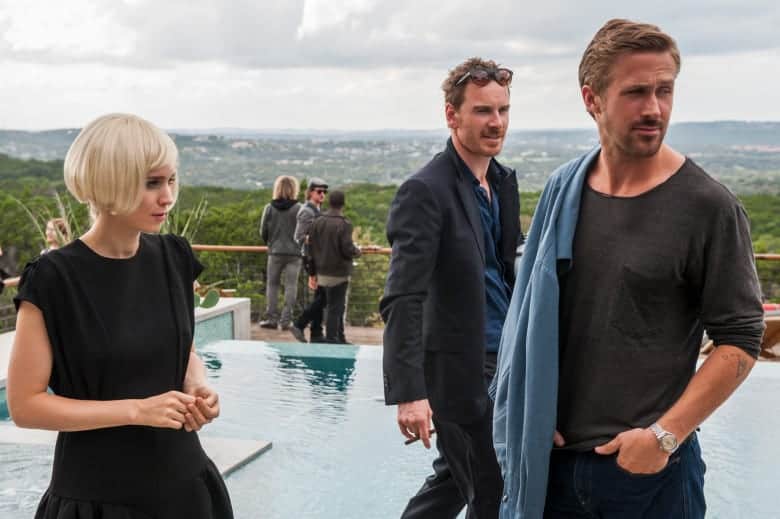 Broad Green Pictures has released the first poster for Song to Song ahead of its premiere at SXSW. A love story set in the Austin music scene, the poster features the heads of four beautiful people around a record.

In this modern love story set against the Austin, Texas music scene, two entangled couples — struggling songwriters Faye and BV, and music mogul Cook and the waitress whom he ensnares — chase success through a rock ‘n’ roll landscape of seduction and betrayal. 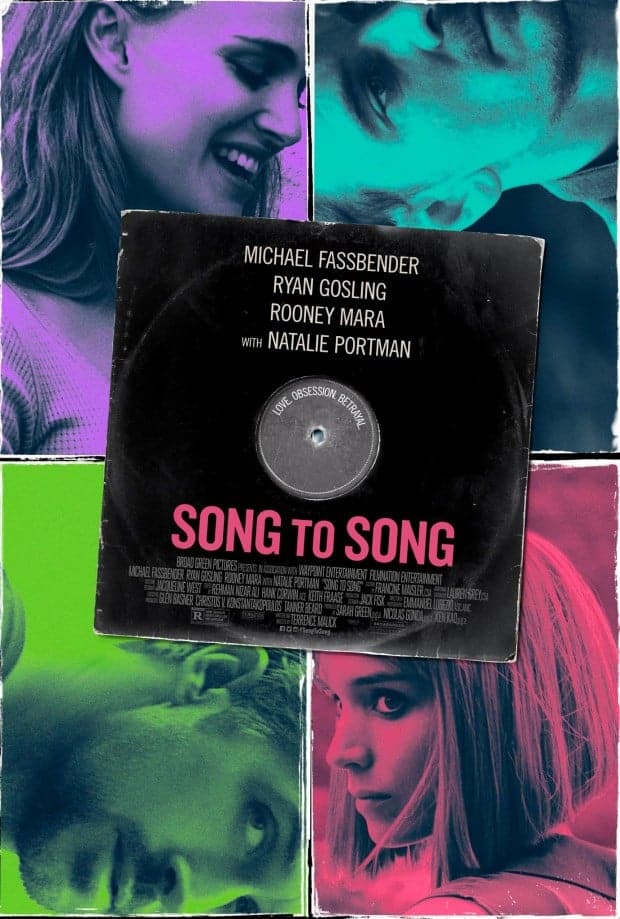