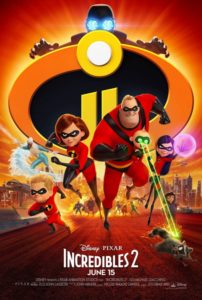 
At the end of a long day, after finally learning to ask for help, an overwhelmed and exhausted Mr. Incredible sits on the couch next to his daughter, Violet, and breaks down. In a moment of complete vulnerability, he recognizes that – not only did he not consider the impact of his actions, but that he has also totally lost his sense of what “the right thing” is.

It’s one of Incredibles 2’s most powerful scenes, and it is indicative of how the film balances emotional depth with consistent belly-laughs, even if it never totally reaches the heights of the its predecessor. Incredibles 2 picks up immediately where the first film left off, as our family of heroes jumps into action to fight The Underminer. While the ending of the first film certainly seemed like a hopeful future for our super family, they are all arrested after defeating The Underminer because, alas, superheroes are still illegal.

From the highs of defeating Syndrome in the first film, the team has to go back to living undercover, which rubs the whole family – and the kids in particular – the wrong way. By hamstringing the family’s newfound confidence, the film develops a number of organic conflicts within the family that form the core of the film’s narrative. 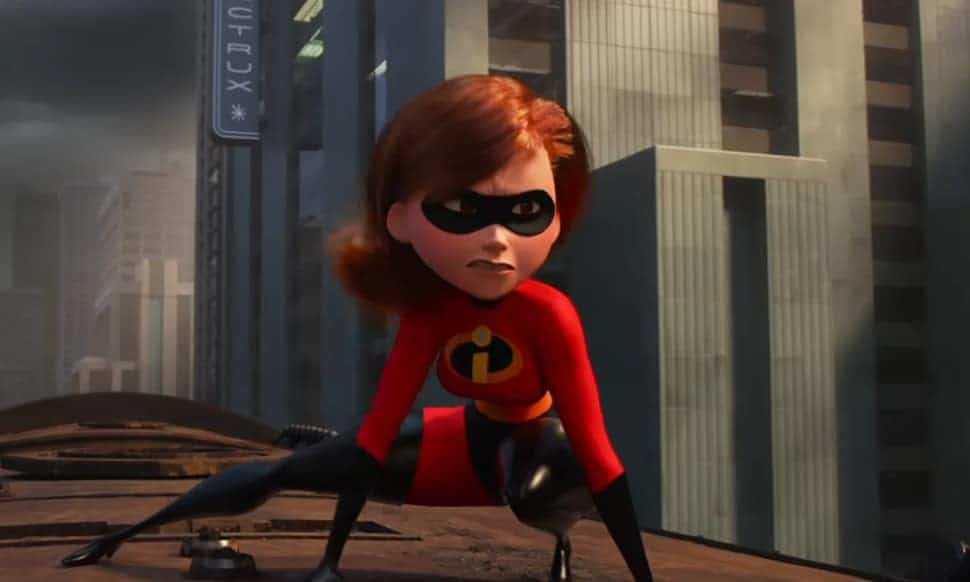 This is both a strength and a weakness of the film. All of the film’s best moments are between the heroes (Frozone and some newer heroes included), wherein we see extraordinary people humbled – not by supervillains, but by their own flaws. This leaves the film’s antagonist lacking something, though it’s difficult to identify exactly what that something is aside from pure emphasis.

The first film’s villain, Syndrome, is a perfect supervillain. His plan makes sense; he is a foil for multiple heroes; and he’s the source of much of the growth that occurs between the characters. His threat was essential to their character arcs, and unfortunately the villains here are secondary to those same character arcs. This means that, despite having arguably more interesting character development, the film as a whole does not work as well as its predecessor. 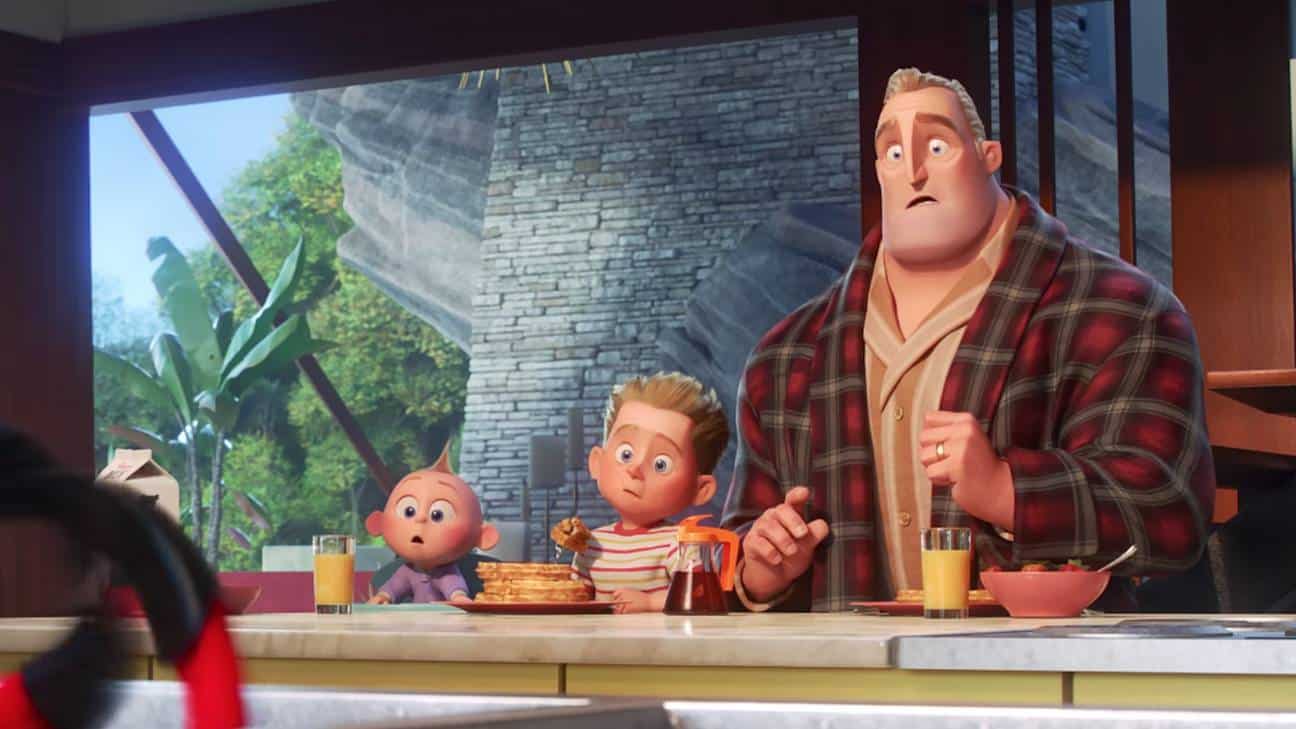 That being said, it is worth pointing out that Mr. Incredible, Violet and, most importantly, Jack Jack and Edna get some spectacularly funny and touching moments throughout. Jack Jack, in particular, steals every scene he’s in, offering a similar touch of humor as the Minions but in a much more clever way. These are the same characters we learned to love in The Incredibles, and it is a joy to get to spend more time with them now.

Pixar has a mixed record when it comes to sequels. Arguably only Toy Story has managed to produce great sequels; Monsters University and Finding Dory were largely disappointing, lacking the courage and emotional depth of their predecessors; and the less said about the Cars franchise the better. Incredibles 2 belongs to that upper echelon with the best of Pixar’s output because you can feel the patience and care the production brought in the final product.