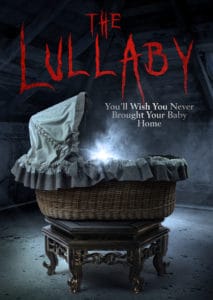 Despite intriguingly combining elements of early Polanski with current James Wan, The Lullaby doesn’t add up to much. Seeds of psychological horror are planted but not effectively reaped, while troubling ghostly imagery grows repetitive without offering circumstance. The film’s disappointing final act is more concerned with gore and tragedy than paying off the paranoia.

Set in the creepily named – perhaps too obviously so – Eden Rock, this South African production follows Chloe (Reine Swart), a young woman who returns home after giving birth. Keeping the paternity a secret from her estranged mother, Ruby (Thandi Puren), Chloe experiences motherhood troubles that go far beyond breast pumps and newborn fingernail cutting (though director Darrell Roodt makes those routine procedures plenty difficult for Chloe, and the audience, to get through). The ill-prepared young mother has visions of harming her infant in horrible ways and soon sees a bonneted, black-clad phantom stalking the child.

The premise of maternal dismay in the horror genre isn’t a new one, and The Lullaby doesn’t do a whole lot to distinguish itself, aside from a few genuinely disturbing glimpses of a baby being injured or placed in peril. There’s a creepy music box, creepy TV static and so on, which don’t transcend their usefulness as mere production design elements. The worst prop of all is the (creepy, of course) psychiatrist Dr. Reed (Brandon Auret), who exists to antagonize Chloe, provide exposition and just be generally weird. 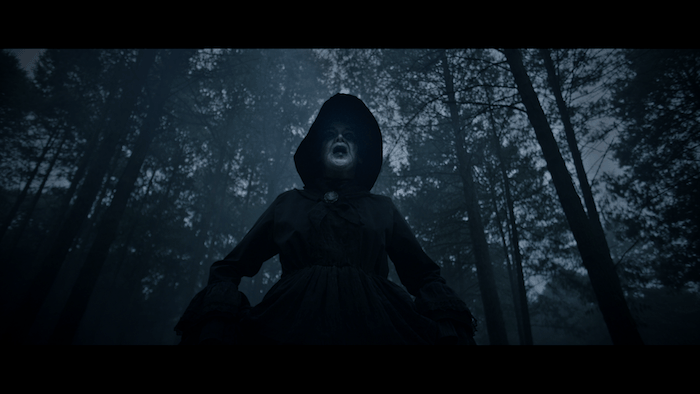 Interpersonal connections are sparse between the small cast, which also includes Chloe’s token ex (Deànré Reiners). Regardless of the rocky history between Chloe and Ruby and both of their parental failures, there’s a lack of fire to their interactions. The clashes are loud but lack genuine emotion.

Even more fruitless is a tenuous connection between current events and the small town’s ugly history. A strangely shot, frenetic prologue feels disconnected from the feature and is never properly contextualized, try as Dr. Reed might. More ghoulish reveals just pile on the cruelty and convey a spiteful attitude toward parenthood without truly exploring the relevant themes.

Before The Lullaby goes off the rails, it does have some success in creating a foreboding atmosphere. The old woman apparition is scary in its first couple of appearances because it’s not a CGI creation and feels like a threatening entity. Roodt’s use of shadow and light, open spaces in the frame and depth of field add intrigue and anxiety within the country-house setting. 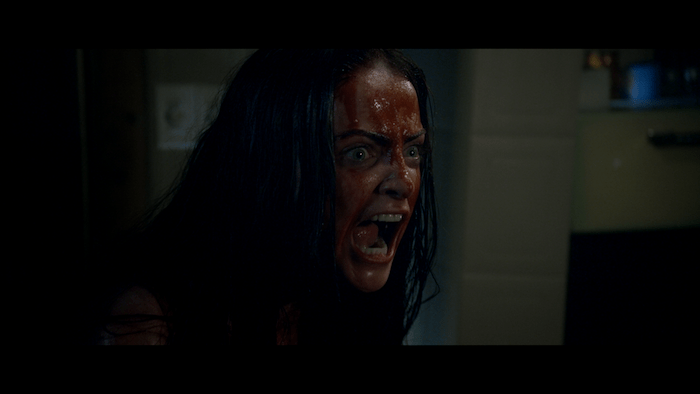 Swart also adds to the sense of dread – her dark circles, faraway gaze and general fatigue all convincing. When she’s shocked out of her depressive stasis, the shrieks and panicked expressions could convey a descent into madness or someone responding to real triggers. However, the further we delve into Chloe’s psyche and backstory, the more the tension dissipates. The exact opposite should be true.

The strong lead performance and occasionally immersive nightmare imagery just aren’t enough to make us empathize with the protagonist or provide consistent, authentic scares. There’s no emotional punch to The Lullaby, just a dulling gloominess.