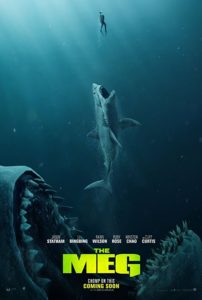 There’s this one poster (pictured left) for The Meg that references the legendary one sheet for Jaws. It depicts a diver swimming straight up towards the surface of the water, followed by an open-jawed shark, which is in turn followed by the titular megalodon, the largest predator to have ever existed in known history. It suggests the kind of overlapping, overwhelming comic pile-on that often crops up near the end of summer, going for broke and drenching its audience with all the great trappings of a B movie logline with A movie credentials. The problem with this film is that it’s got all the makings of this August excursion, but none of the carefree style. It lumbers with a sense of obligation, its PG-13 rating limiting the volumes of bloody carnage that it clearly wants to show us. Director Jon Turteltaub helms the proceedings with a perfunctory drawl, as the script putters with a resigned sameness. It’s the most bland interpretation of Jason Statham fighting a 70 foot shark that could ever be conceived.

Its main plotline – featuring Jonas Taylor (Statham), a un-retired researcher flown to a deep-sea research rig and strategizing, with an international crew, how to take down the Meg resurgence – conjures up images of other post-Jaws sea monster pics, particularly Deep Blue Sea. Along those lines, a late sequence in which the Meg stalks a busy beach brings back memories of Piranha 3D. But applying these references does The Meg no favors in terms of visceral thrills or reckless abandon (though its conceptualization of the monster, with all its slimy gills and messy red mouth, provides for some squeamish close-ups). It’s all part of a sleek and monotonous technical package, without a single unique trait to its characters, its antagonist, or even its plotting. 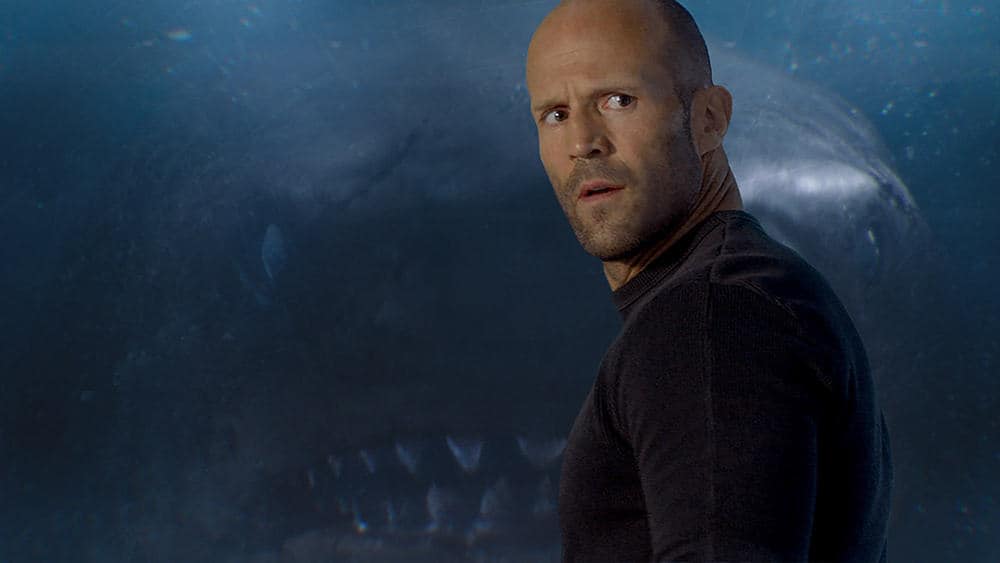 Attempts to flesh things out are even more painstaking, whether it be through a romance between Jonas and Suyin (Li Bingbing), the daughter of mission supervisor Minway Zhang (Winston Chao); or the machinations of Jack Morris (Rainn Wilson), the stingy billionaire behind the rig who obsesses over how to minimize his own financial liability in each situation. The Meg is the kind of movie which suffers the most when obsessing over such meticulously spun plates. It’s at its best when Statham navigates his way out of a vessel as the Meg chomps its way through the vehicle’s glass and metal, or when the film closes with a perfect one-word pun right before smashing to the end credits. There’s a truly goofy backbone within the movie that compliments how hilarious its premise is. When it indulges it, we don’t mind how watered-down the rest of the material is. 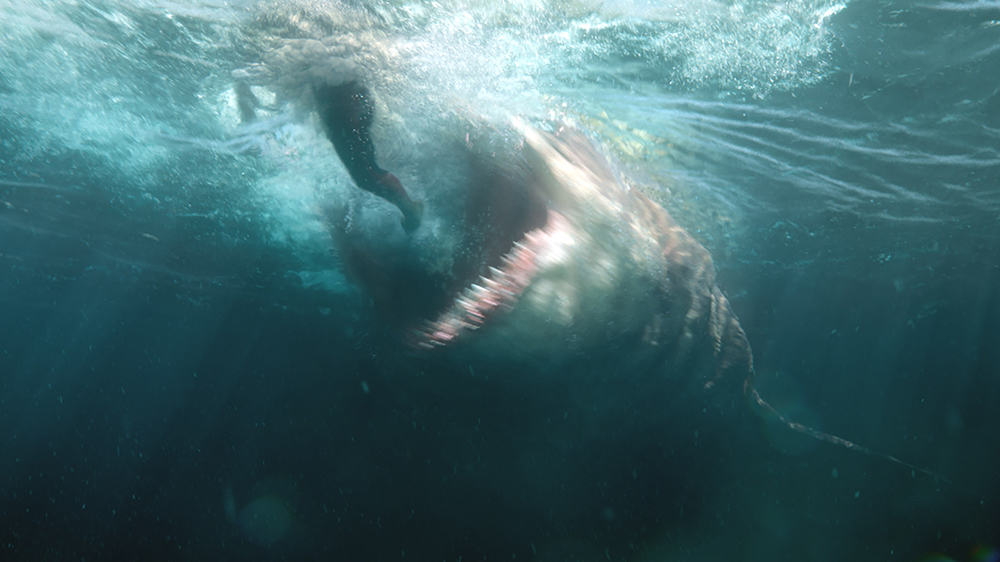 But those moments are few, as a straightforward plot with minimal flair and maximum repetition guides us through the runtime without any particular sense of placement. It adheres to genre structure so rigidly that you figure a subversion must be coming, but Turteltaub gives us little more than the occasional extra jump scare. Dialogue is plain, face-value, and sparse. Most unforgivably, the promise of seeing the Meg is used as a substitute for the relative infrequency of it actually emerging from the water and taking out another supporting player. When the movie spends inordinate amounts of time showing the surviving characters grieving the latest loss, it slows the already muddy pace even further. Such cookie-cutter personas can never muster more than elemental audience investment to begin with. Neither inventive enough to wow us, nor lovably dumb enough to cheekily win us over, The Meg winds up in a bland middle, at the intersection where the simplicity of giant sharks and the complexity of tentpole-budgeted film financing and risk assessment meet. It’s not a very smooth crosswalk.