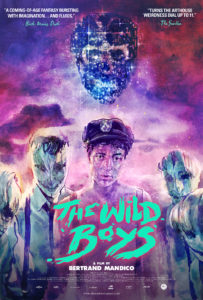 Astonishingly, The Wild Boys is Bertrand Mandico’s first feature film. He commands the entire two hours amidst such consuming passion and rollicking aesthetics that it’s hard to believe he has only directed short films up until now. The movie comes at us with a nonstop slew of overlaying images, chaotic camera movements and manic displays of carefully controlled surprises.

Yet Mandico keeps a firm hand on the proceedings, always assured of what to do next. His artistry is confident beyond the means of many more experienced filmmakers, and the plot’s surreal journey comes with an instinctual, self-evident bent. Said story concerns a group of five troubled, wealthy teenage boys (all played by women), who commit a vicious crime against their female teacher and are whisked away to a remote island as punishment.

The locale is lush, sprawling and overtaken by a supernatural presence. Their exploration of the island is where Mandico externalizes the film’s sexual interrogation and expressionistic approaches. They encounter trees with phallic outgrowths that spray nutrients and cyclonic rushes of white feathers that cascade from the purple sky. Big moments like these bring numerous visual and contextual references, most obviously the works of Guy Maddin. 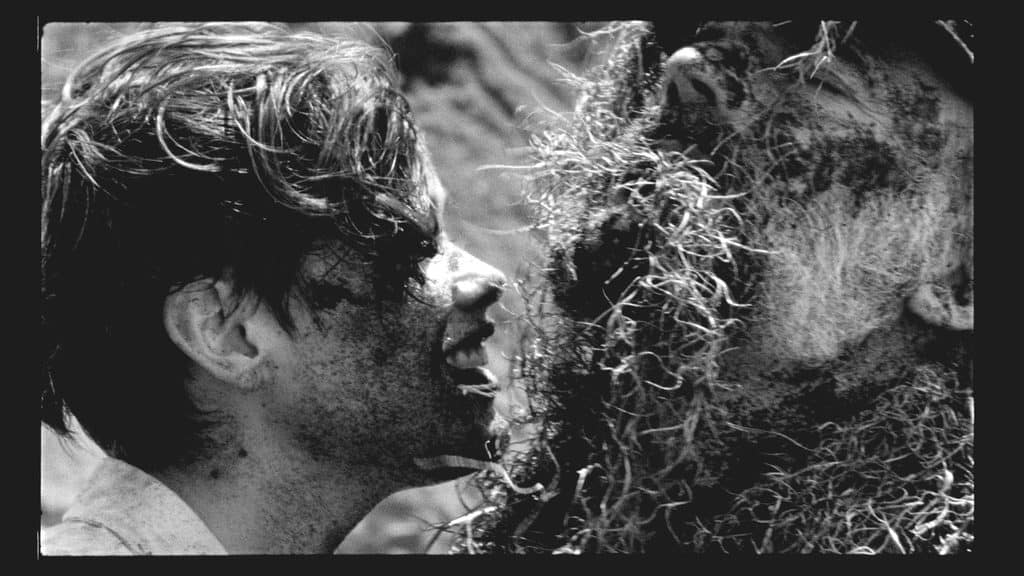 Such inspiration is evident in Mandico’s constant emulation of stilted, classical setpieces and primarily black-and-white cinematography. Even when the movie does shift to color, the look remains unnatural – each tone oversaturated, thick and vivid as a heavy oil painting.

Of course, there is nothing natural about the titular wild boys themselves, as Mandico balloons their irreverent, violent dominance as much as possible, illustrating the absurdities of hypermasculinity. That women actors have been cast to play them, and flawlessly pull it off, highlights this even more. They debunk their characters’ ostensibly natural inclinations by placing them in an isolated fantasy of performance and simulation. 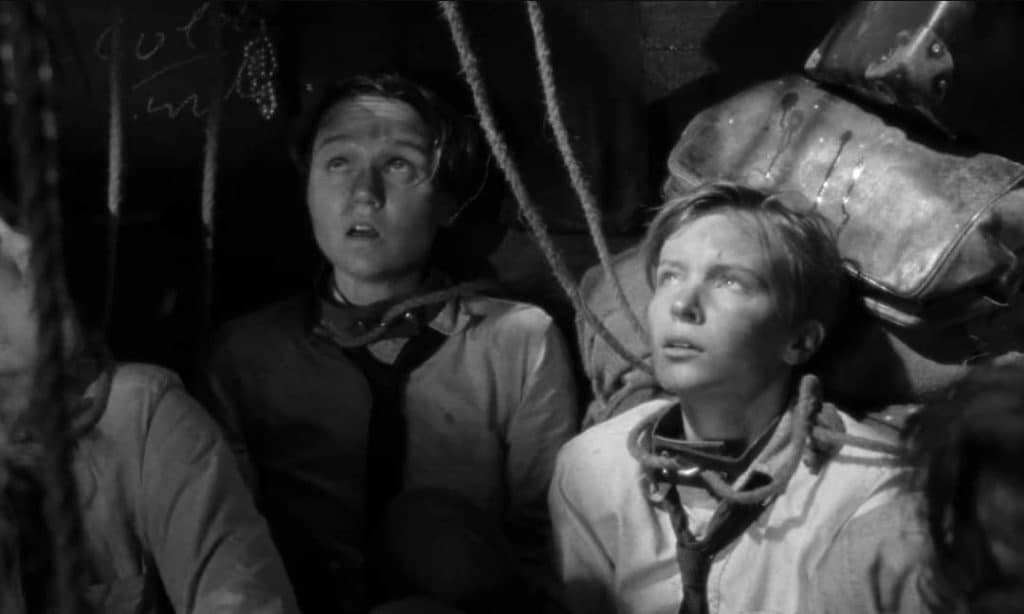 Their reflexive aggression dissolves into other intense feelings, as in one climactic moment, when they tear at each other’s clothes on the beach and fight before kissing each other voraciously. It feels like the bookend to an earlier scene, as a delightfully coarse captain (Sam Louwyck) takes them to the island in the first place. He has the boys tied by the neck on deck and reels one of them in with a lever, nearly strangling him and establishing an early realization among the characters that they don’t control everything they think they should.

It’s all a rush, thrilling and shocking and overwhelming, as The Wild Boys opens itself up to limitless possibilities under Mandico’s vision. The unexplored wilderness and open seas of the film’s setting tell us to disregard any notions of organized society or human organization. From there, he only draws more intoxicating parallels – between the literal physicality of how his characters engage with the island’s most bizarre features and the philosophy of his musings on gender politics and urged liminality therein that cement his accomplishments further.

Characters become entrapped in sticky webs, drink from a fruit covered in hair that’s almost pulsating, and it’s not long before their bodies begin to change as well. In accordance with his command over every aspect of the production’s surrealism, much is made from how the young men of his story aren’t actually played by biological males, building to a third-act culmination that moves the characters from their aggressively masculine past to an unquestionably androgynous future. 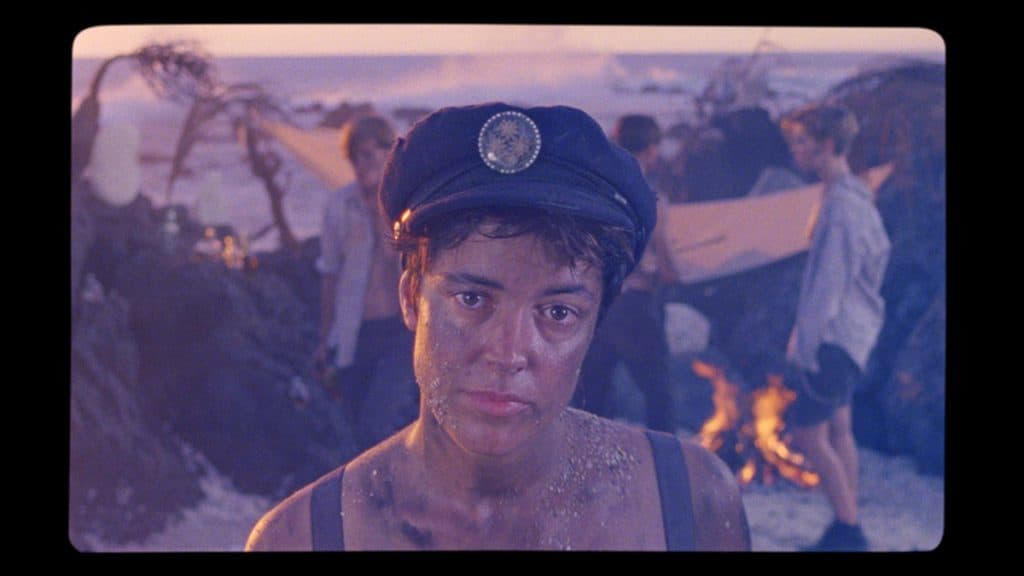 There’s so much to The Wild Boys that it almost becomes too much, and Mandico’s sampling platter of ideas becomes more of a pie smashed in our faces. But even then, it’s hard to discredit his efforts. He never wanders from the movie’s thematic core – the idea that no establishment is permanent. As each of the boys’ firmly held notions of who they are is torn apart, the film applies increasing pressure to the social rigidness applied to gender roles and identity.

Though its final gestures reach a little higher than the already sky-level aspirations can touch, we come off such a massive high of our own that we’re hesitant to quantify the experience at all. It’s the kind of enigmatic art that contains multitudes but ultimately speaks for itself. No descriptor can quite do it justice.