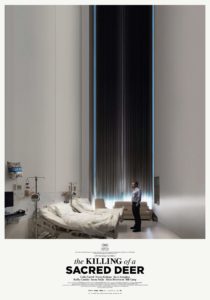 This is a repost of our review from Tiff 2017. The Killing of a Sacred Deer opened in limited release this weekend.

Not since Possession has there been a psychological horror film this unsettling. Yorgos Lanthimos has done something with The Killing of a Sacred Deer that is incredibly difficult to pull off. He has invited comparisons to DePalma, Von Trier and Kubrick and successfully put himself in the same conversation as those masters of horror.

The film concerns a simple plot of supernatural family revenge. Steven Murphy (Colin Farrell) is a heart surgeon who was complicit in the death of Martin’s (Barry Keoghan) father years earlier and now has to pay the price. His family, played by Nicole Kidman, Raffey Cassidy and Sunny Suljic, start getting sick, and he is given the awful choice of having to kill one of them to spare the others. This is the premise, but what gives the film its power is how it utilizes the illness that the family deals with.

The first symptom is paralysis of the legs, and I don’t think it is hyperbole to say that, when you know certain characters might fall over at any moment, you are sitting on the edge of your seat. It’s a beautifully simple premise that is brought to fruition with top-class filmmaking.

The most prominent aspect of the film is the music. Filled with swelling, dissonant sounds, the film is always covered by this deep layer of distressing music. In most films this would be overwhelming, but one gets the sense that Lanthimos is going for overwhelming with how he builds the film up to specific moments of horror. Indeed, The Killing of a Sacred Deer ought to be listed prominently among the horror renaissance we’re experiencing. As with other horror films of this era, it takes a simple premise and uses it to scare the crap out of you. 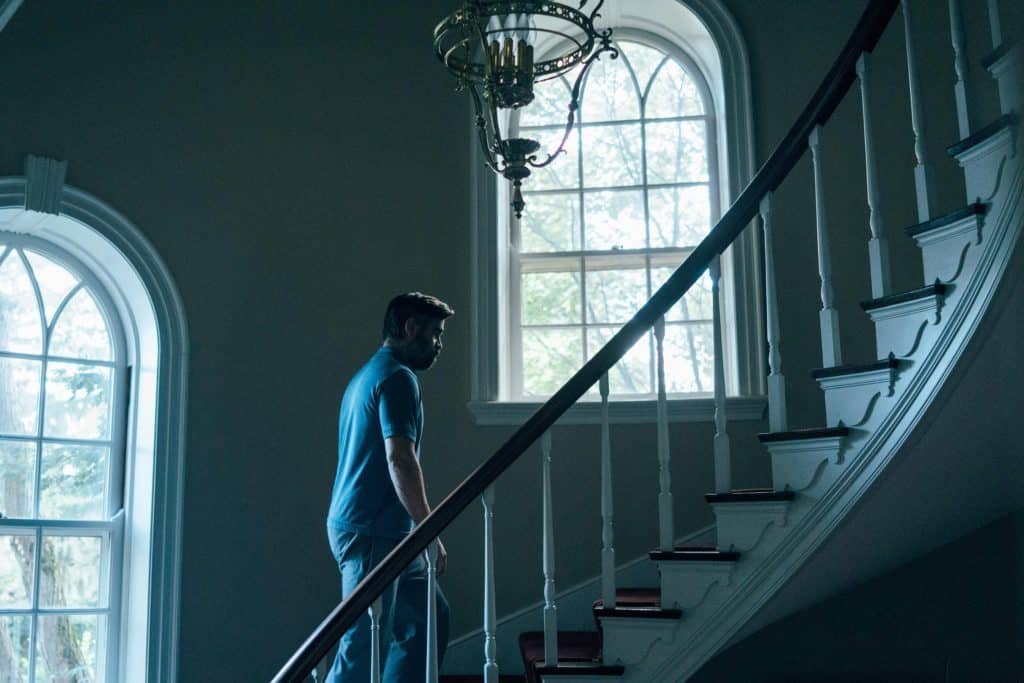 Cinematographer Thimios Bakatakis uses all the tricks in the book to set the mood for maximum scares. Some scenes feel lifted straight from The Shining and Eyes Wide Shut (not just because of Nicole Kidman). When a scene is not in close-up, the camera is always moving, often creating a sense of moving dread following the characters. It is not an exaggeration to call the film entrancing, drawing you into each scene with perfect filmmaking and perfectly surreal acting to force you through two hours of dread.

The cast is truly spectacular. While it is unlikely, Kidman, Farrell and Keoghan all deserve awards consideration for their turns here. They simultaneously feel like real human beings while also portraying characters out of a Greek tragedy, with all the hyperbole and unreality that follows. And that’s without mentioning the scene-stealing Alicia Silverstone as Martin’s mother. She only appears in one scene, but she reminds us why her character from Clueless was so charming while also showing what can happen when that bubbly personality ages without wisdom.

The Killing of a Sacred Deer is the stuff of nightmares, not because it features the ghouls of The Babadook or the creeping doom of It Follows, but because you could imagine this as your life. Feeling like Job being confronted with the destruction of your life as you know it and asking why, only to see further horror as the path to your liberation, this film sticks to your ribs and won’t let go, leaving you breathless and wanting a quick end to extended suffering.