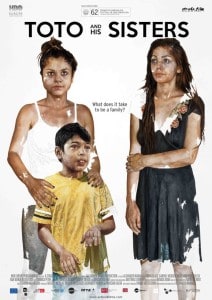 Romanian documentary Toto and His Sisters (Toto si surorile lui) is a great example of how fact can be far more captivating than fiction.

Writer/director Alexander Nanau takes an unflinching look on the lives of three siblings – Ana-Maria (17), Andreea Violeta (14) and Toto (10) – who must take care of themselves and each other amid an abysmal, poverty-stricken, drug-riddled environment. With absent fathers and an imprisoned mother, the trio must find ways to feed and clothe themselves, get an education and avoid becoming pulled into the treacherous grip of heroin addiction, continuously looming over them.

Gaining extraordinary access to the siblings’ home, school, orphanage and somehow even a courtroom and a jail, Nanau manages to pull off an incredibly intimate, yet respectful, storytelling of a year in the children’s lives – occasionally through their own cinematography – that profiles the ever-optimistic, yet tortured, Ana; the street-smart and cautious Andreea; and the breakdance-loving Toto. What emerges is an astonishing, but important, look at their struggles with illiteracy, neglect and hunger, as well as the adults who try hard to help look after them in the best way that they know how.

Interwoven with the footage shot by the documentarians is home-video footage shot by the children, documenting their own lives, often in a confessional style. They are aware that their lives are different from other children their age and that better conditions are possible, but in order to pull themselves out of their toxic, dead-end environment, they must make extremely hard, emotional choices that require maturity far beyond their years. 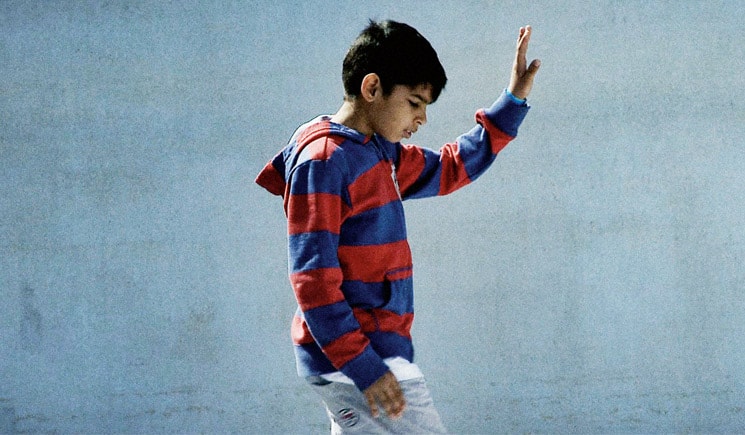 The gravity of their situation is near unimaginable, and it is almost impossible to explain the dire circumstances in which these children have been left by their family. This is perhaps epitomized by two jaw-dropping scenes: one that shows the family building a makeshift stove out of a cinderblock just to warm their dinner (as junkies come and go) and one that shows the putrid, true-to-life drug den that their home ultimately becomes.

Yet there are just as many inspirational and heart-warming scenes to love, most especially those that show Toto’s complete and utter amazement watching a group of breakdancers and, later, how hard he works to learn to dance as they do. The resiliency of Andreea and Toto in particular give viewers a sense that they will overcome their respective bleak paths and thrive with the help of their community, as long as they can avoid the fates of their mother and sister.

This is easily one of the best documentaries I have seen in recent memory and deserves recognition for both its groundbreaking subject matter and its approach to filming.